Who really wins the pitch?

by Mike Beukes (@mikebeukes) I went through a phase of my career where I was addicted to pitching. The adrenaline of the chase. The late-night pushes. Seeing teams come together to fight for a common goal. The performance in the room. The schmockeling in the background. It was a glorious showing of our industry at its best — or so I thought.

I’ll start first with a disclosure: Two years ago, as an ad agency, we decided we wouldn’t compete in another creative pitch. It was one of the best decisions we’ve ever made. Our profits are up. Our teams are happier and live more regular lives. We haven’t been pissing away countless hours and millions of rands on work that will never see the light of day. Most importantly, we’ve won more business than we ever did on pitch rosters.

I believe, without a whisper of doubt, doing away with pitches will be good for agencies, clients, brands and even pitch consultants. There’s so much to say but here’s an inkling:

A pitch is a beauty parade. It’s about as artificial as it gets in terms of kicking off a working relationship. You’re already on the backfoot because you’re pandering for the business. More than likely, you’ve shifted your A-team onto winning the business and, in doing so, have put huge pressure on them and are probably neglecting your existing client base.

I’m sure you’ve done the math on what the average pitch costs an agency in hard and soft values. It’s around R500 000 — per pitch — which, if you were sitting on a 10% margin, means that, on a client worth R420k per month, it’ll take you a year to make it back. In these heady days of recession-riddled South Africa, an account that valuable doesn’t come around too often. And, oh wait, let’s not forget the 10% the multinationals have to pay off their top line, which will make it even harder to claw back.

Pitches aren’t good for the people in your agency, either. The work never gets made, despite often being the best produced by the agency. It burns people out. It means working nights and weekends. On work which never gets made. So, let’s put that in context for a minute: We’re working nights and weekends to jump through proverbial hoops so we can do something which will never see life outside of a slide deck in a room to a handful of people. Huh? It’s 2020. Blade Runner supposedly happened last year. Aren’t we’re smarter than this by now?

That glorious pitch happens. The top dogs walk into the room. They perform their dog-and-pony show, just like the other two agencies. They’re usually all at least decent. But, once the business has been won, those top creatives and suits start turning their attention elsewhere. Say, the next pitch to help grow the business to, more often than not, make the multinational overlords happy. You’re often left with the B-team while the A-team goes on its next charm offensive.

If it’s not the A-team, then it’s likely some of the killer freelance creatives who’ve been brought in as a crack squad. But, again, they don’t stick around and do the work. And they’re the same teams we all use. So, what did you really just buy?

If you’re a client with an agency, how do you feel about having your work put on the backburner while the best in the agency woo someone new? Would you do the same at home in your personal relationships?

Brands are built over years. It takes consistency and familiarity from the teams who need to build proper momentum. Pitches are usually the breeding ground for people to put their mark on the brand, whether from marketer- or agency-side. Sometimes, this is necessary; other times, it’s just making a mark, for mark’s sake.

What if we changed the name of pitch consultants to “brand excellence consultants”? What if they were more marriage councillors than Tinder for business? What if they refocused the energy which goes into pulling relationships apart and putting new ones together into almost-exclusively creating the environment for the best-possible work to shine through? Every year, we celebrate the partnerships of the year, agencies and clients whose bond and trust in each other yields the year’s best work. I’ve never seen anyone win the Grand Prix for “Pitch of the Year” at any award show.

Sure, I’m naïve and overly optimistic. There are loads of reasons why pitches should stay. It’s likely one of the main ones is “because that’s the way we do things around here”. But I’ve never seen a reason like that make for a better anything. We need to change, and we can only make this work if we do it together, as an industry. With that, I leave it to you to sort this out — ACA, Creative Circle and any marketing forums I’m probably too naïve to know about. Just call me if you’d like some help.

We’ll all win without the pitch. 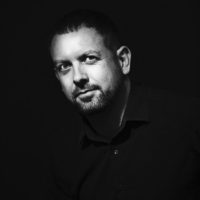 Mike Beukes (@mikebeukes) is executive creative director of integrated full-service agency Duke, part of the Duke Group, that was voted MarkLives #AgencyLeaders2019 Runner-Up One to Watch in 2020 in South Africa. Mike’s a lover of creativity, entrepreneurism and everything that happens in between them.