by MarkLives (@marklives) The Odd Number (@OddNumber_) has been voted the ad agency to watch in 2020 in South Africa, with the Duke Group (@dukeadvertising, @mark1 and @PDCcoza) as runner-up, by South African agency executives in 2019. 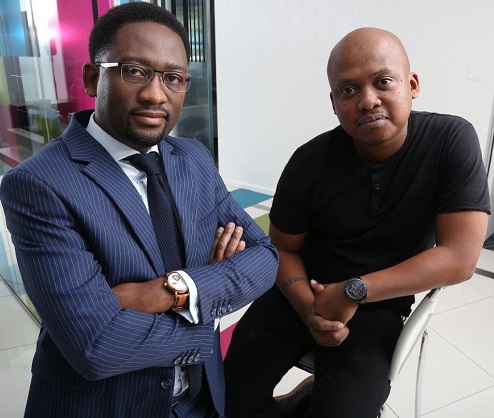 After a gap year, the Joburg agency has once again bagged this award — and with good reason.

“Overall, 2019 [was] a great year for The Odd Number, both creatively and commercially,” says Xola Nouse, The Odd Number GCEO. It offered agency the opportunity to compete creatively against larger players and demonstrate that it was capable of holding its own, he says. “Winning the Game account, for example, and then being able to make the pitch-work we presented, and have it resonate so well with South Africans, means a lot to us.

“Highlights [also] include picking up some metal at The Loeries and a fantastic showing at the Pendoring Awards, while also maintaining a consistent showing at the Creative Circle Ad of the Month Awards.” The Odd Number took home one Silver and two Bronze awards at Loeries, and four Pendoring Golds.

According to him, The Odd Number’s success is the result of a winning culture driven by all of its team members, supported by the clients who champion the agency: “Our philosophy [is] to connect brands to people through powerful, nuanced creative executions. This underpins our creative and commercial drive. [Our values are] humility, simplicity and honesty: [we are] humble in our approach to understanding the markets and clients we serve, simple in the solutions we provide to business challenges that ultimately drive results, and honest with all stakeholders in the co-creation process.”

In the year ahead, says Nouse, the agency hopes to feature in both local and global award shows while continuing to produce work that is truly South African.

When you know the advertising and marketing industry is at breaking point and needs fixing but don’t know where to begin, you start small while you try and figure out exactly what it is you want to achieve — because, at that point, you don’t yet know what doing things differently looks like. This is exactly what happened with Duke, says founder and CEO Wayne Naidoo, and so the agency came into the market quietly. While he didn’t know what he was going to end up with, he definitely knew that he needed fast, experienced, entrepreneurially minded people at his side — such as head strategist Steve Miller and ECD Mike Beukes.

Duke offers a deeper strategic business service than simply advertising and doesn’t participate in pitching. The last pitch, says Naidoo, was over two years ago and, after having been unsuccessful in winning, it started seeing its ideas being executed by the winning agency. This ripped the team apart, they decided to never pitch creatively again and this decision has impacted massively on the agency — his employees finally have their weekends back, leave work at normal times, and get to spend time with people outside Duke HQ in Cape Town. The team also has business conversations with clients’ top decision-makers every day and this access, he believes, allows changes to be made quickly and effectively.

In July 2019, Naidoo announced the Duke Group: a partnership with digital media specialist Mark1 and PR firm Positive Dialogue Communications. “This thing is beginning to hum,” says Naidoo, adding that he gets a new business call every week in an industry where agencies are living in fear of client losses and retrenchments. So how, he asks, could how one could possibly get the best out of people with this cloud over their head?

First, he’s created a champion culture: where every potential account is looked at in such a way that the team’s only interested in working on it if they’re entirely sure they can shoot the lights out. Secondly, he champions people —he’s invested in creating a work environment that understands how each individual ticks and lets them focus on stuff that’s important to them outside the confines of an office. Thirdly, he aims for commercial rewards for both agency and clients; Duke doesn’t have big agency money to fall back on and the entire team understands what could really happen if this ‘thing’ doesn’t work out.

“We still don’t know what we want to become — it just keeps opening up — but I knew that, the minute you get the culture right, anything is possible,” he says.

Previously: No runner-up was named for 2019. For 2018, The Riverbed Agency was the runner-up and, for 2017, Avatar (now Avatar Agency Group) and The Odd Number tied as runners-up. For 2016, there were no runners-up but six contenders and one special mention. For 2015, Ogilvy Johannesburg/Gloo and FCB South Africa (which became FCB Africa and is now Nahana Group) tied as runners-up. For 2014, there was no runner-up (2013 was the first year this category ran).