by MarkLives (@marklives) For 2019, Alistair King (@ALsparkles) has been voted as most-admired creative leader in South Africa, with Ahmed Tilly (@AhmedTilly) and Peter Khoury (@khourster) as joint runners-up, by South African agency executives. 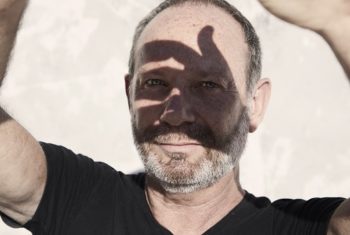 “It’s been a massive personal year as well as a massive creative year for the agency, for a whole bunch of reasons. Firstly, the [Loeries] Hall of Fame was kind of a key moment in my life and an accumulation of all my years in advertising. Why I mention it is because, contextually, to have won it in a year in which we [were] still firing on all cylinders for me was quite significant. It felt like it wasn’t just a nudge to get out the business and it couldn’t have come at a better time,” says Alistair King, King James Group South Africa co-founder and CCO.

While the agency group has a plethora of industry awards under its belt, King admits that it doesn’t chase awards as a business but is at the mercy of clients. When the latter wish to make advertising, that’s when it gets to make advertising. It’s an ebb and flow, and 2019 was fortunately very busy for the group, says King, despite its fair share of challenges. According to him, probably the most-difficult project in the agency’s history was “A Whole New World” advert for Sanlam Investments. For the team, it was a matter of editing a film with footage not yet shot with music not yet chosen, and this particular journey created a lot of back and forth during client approval.

“It’s normally a very straightforward process. When you get to the editing stage, the ad either hits you or it doesn’t. Emotionally and instinctually, you know whether it’s working or not. We never had that process here until the very last day, when it all just came together. We all nearly cried,” he says.

That emotional and instinctive knowing King mentions comes with experience and, for him, it’s materialises as a flutter in his heart at concept stage. This is when he knows that an idea is good. When he truly knows it is when the anxiety and fear, of his client not going to buy it, hit — not because the idea is too brave for the client in question but because he won’t get to see the idea come to fruition.

According to King, it’s easy to talk about originality as a defining factor but, if it’s original and doesn’t really smack you with an emotive punch, it’s just not working. It’s unique but soulless. For him, the only way to cut through the clutter is to be larger than life — larger than people’s lives. You have to be so in order to be considered by your customers. He would rather have something move him emotionally than poke him intellectually.

Previously: In 2018, it was Xolisa Dyeshana, Joe Public United CCO. In 2017, it was Ahmed Tilly, FCB Africa joint CCO, and Sibusiso “Sbu” Sitole, The Odd Number co-founder and then creative director (now CCO). In 2016, it was Tilly. Graham Lang, then Y&R South Africa CCO, was our runner-up in 2015. In 2014, it was Pepe Marais, Joe Public founding partner and CCO. In 2013, it was Justin Gomes, FoxP2 ECD. Mike Schalit (Net#work BBDO South Africa), Chris Gotz (then Ogilvy Cape Town), Pete Case (then Gloo) and Tilly (then Black River FC) all tied as runners-up in our inaugural poll in 2012.