by MarkLives (@marklives) For 2019, James Barty (@jbarts101) has been voted as most-admired ad agency boss in South Africa, with Mike Abel (@abelmike) as runner-up, by South African agency executives. 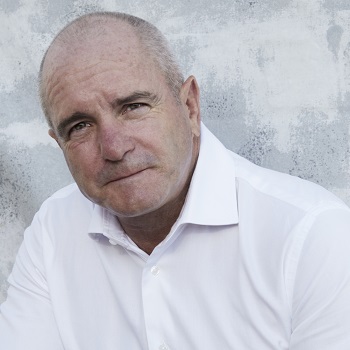 Now a four-time winner, James Barty is once again in the top spot, though he says that business highlights were harder for his agency to achieve in 2019. “While we had pockets of success across the group, overall we found business confidence to invest in marketing initiatives lagging previous years,” he says. “The two acquisitions we made, and our organic growth through our current relationships, [were] the best highlights.”

In line with its growth strategy, King James acquired 34° and Cedar SA last year “to effectively transition from a single agency, to an agency group with multiple aligned expertise, to ultimately an independent African network,” says Barty. On the one hand, “Cedar brings a world-class content marketing capability to the group, and dovetails very neatly into extending our current relationships and capabilities. Key to this is a growing internal marketing workstream, which has huge upside potential.”

34°, on the other hand, “adds the grit of passionate shopper marketing expertise to the group,” which Barty says is increasingly relevant to brands in highly competitive retail environments. The acquisition also offers an entry point into Kenya, with action planned for the first quarter of 2020.

So ⁦@jbarts101⁩ and I are just a little bit excited. We are en route to Kenya to introduce our brand, spanking new company. #KingJames34 pic.twitter.com/N2M0slgh6f

On the creative side of things, Barty believes that agency continued to produce standout work, including its efforts for Sanlam, Santam and Corona. “However, our often less-profiled lead generation and performance work has delivered strong effective results where our clients need it most,” he adds.

To stay at the top of his game, Barty makes an effort to “remain a passionate student of whatever is happening in our sector, both locally and internationally”. He believes that this, coupled with a commitment to constant innovation, ensures that one is never settled with the status quo. “But, most importantly, to stay on top, surround yourself with the best talent,” he emphasises. Who, in this category, does he personally admire? That would be Xola Nouse and Sbu Sithole at The Odd Number (no stranger to this poll — ed-at-large]. 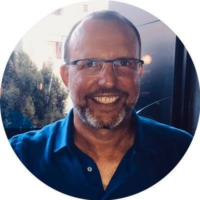 For Mike Abel, 2019 was a year that brought a number of high points — as well as challenges.

Abel names M&C Saatchi Abel’s involvement with the development and creation of the Nelson Mandela Tower of Light as a major highlight for him personally. “What I’ve loved about that is the power of the spirit of Madiba, and being involved in potentially creating something that could have global appeal, meaning and resonance — but is outside the realm of traditional advertising.”

Another standout moment was getting a Grand Prix at The Loeries for the agency’s commentary on the rise of “Afro-tising”, done for Nando’s. Later, at the Financial Mail AdFocus Awards, the agency won Partnership of the Year with Nando’s, as well as Large Agency of the Year.

Abel is also proud of the retail work M&C Saatchi Abel has done for Takealot over the past year, and says that the team has received positive feedback on its work with Nick Mallett for MWEB, too.

Winning Standard Bank was a huge victory for Abel and the agency, and he’s excited about the work to come: “Working on the pitch was a creative highlight for me,” he says. As part of this project, he was delighted to welcome Faheem Chaudhry back into the local fold; Chaudhry moved from M&C Saatchi London to take up the post of managing director at M&C Saatchi Abel JHB in mid-2019.

It was by no means an easy year, though, says Abel [the agency lost Heineken in mid-December last year — ed-at-large]. “It’s a brutal economy right now. We’ve never had the benefit of tailwinds, because we opened our company in 2010, so it’s kind of [been 10] years of dealing with the downturn of the economy, which is very challenging. So [we’re] trying to work very hard to create compelling solutions that deliver results for our clients, and running a company whereby you look after, recognise and reward talent — and invest in growth — when the economic situation is anything but that.”

A focus on problem identification and clarification becomes more important than ever in these trying times, says Abel, and this, together with the adoption of cost-efficient measures, is a strategy he recommends to stay ahead.