by Kyle de Waal & Morgan Botha. Welcome to #AdChamps, a new monthly column where two everyday humans (you would probably call us millennials in your client briefs), with a little help from the editors of MarkLives, celebrate the outliers and give their makers some feedback on what we think really works.

What is advertising? Often, to people of our generation, it’s an irritation, the price we pay for downloading a free game or watching another YouTube video. But, every now and again, something hits you straight between the eyes or fills you with a flood of emotion. These are the outliers, those special ads that connect and engage.

Heal our women and we can heal our land 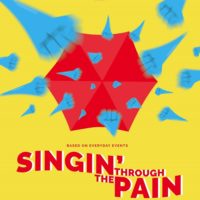 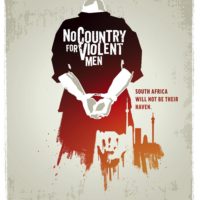 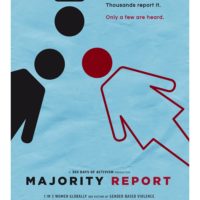 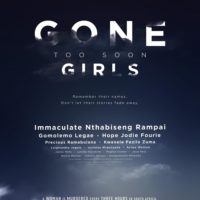 These surprising outdoor ads take popular film posters but add a clever twist. The arresting inversion yields a powerful positioning with a compelling message about violence against women. Gender-based violence is a national crisis that affects us all — a social issue that’s reached a crisis point, and is brought to light daily in the news stories we read and fret over. Using culturally familiar film posters to grab the viewer’s attention is a powerful play; we believe this will impact on the psyche of most humans who might see these ads at a bus stop. These posters work because they engage humans on a devastating issue but in a way that’s palatable and accessible.

The 365 Days of Activism campaign aims to show people that this is an everyday issue. Nor is it something we can solve with one month a year of ‘awareness’. We need to be aware 24/7/365 and, if these posters don’t stop you in your tracks and make you really think about the state of violence against women in our country, then nothing will. It isn’t some far-off problem that you avoid watching on the news — it’s in your backyard, it’s happening on the street where you live, it’s happening to your daughter’s best friend. Stop and think about what you can do.

#AdChamp: Capitec — Livin’ It Up game

This adorable animated short ad that we found on the Google Play Store, for a new game that was released by Capitec last year, is a “game-changer”. It’s more than a game; it’s a clever tool to show people the importance of saving money. The takeaway? Be intelligent and use your capital wisely.

It’s great when a bank tries to bring fun into the equation, so big ups to Capitec for helping people like us get cash-clever. This ad positions Capitec as trustworthy and dependable; let’s face it, when the taxman arrives, we’re all going to want a bank that knows money.

However, the game itself is a genius ad. Capitec uses the medium of a fun and easy-to-understand game to advertise its various services: the savings pocket, the incredibly cheap transfer fees (only R8), and that there are no transaction fees. You pick your character, your character’s savings goal, and then get to work taking your cheap flat from drab to fab while working hard (on mini-games) and achieving your savings goal.

Even if you just download this game for fun, after a few hours of playing, you will want to switch over to Capitec as soon as possible. Also, this game might be addictive… 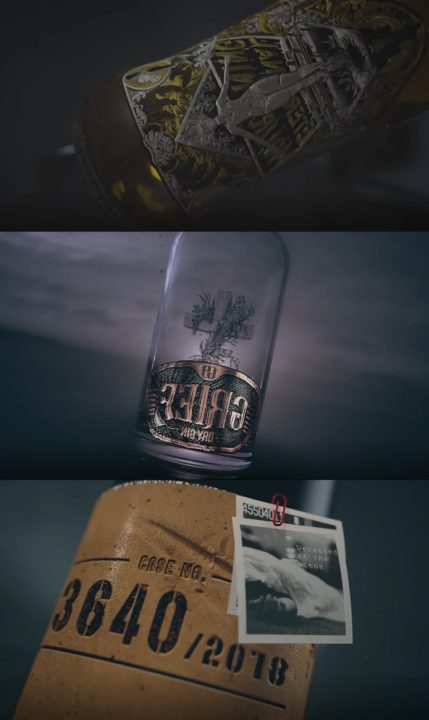 We know that ads intended to modify social behaviour may be tough to watch, but changing society is important and Tops at Spar has made a series of mini-movies that should be compulsory viewing for all who partake of intoxicating beverages.

The first things we notice are the incredible design of the bottles in the short films, the haunting music and the clever copy. These ads hit home, hard — but the skilled crafters who made this ad didn’t opt for the obvious. No shock-inducing, explicit images here. Most people living in South Africa have driven past a horrific car crash (the kind that slows traffic to a crawl as people gawk out their windows) and most of us know someone who has been affected by a drunk driver. Instead, the point of this campaign is driven home using the power of the audience’s imagination. These ads demonstrate the awful outcome that drunk driving can have — grief, remorse, and eternal mourning — and everyone can identify with these emotions.

The question the campaign forces us to ask is: “Is drinking and driving worth the pain that you may have to live with for the rest of your life?” Heavy but done differently to the norm.

The power of understanding 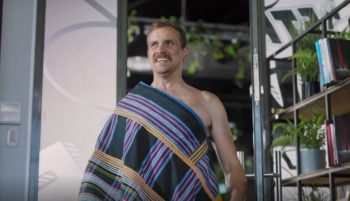 If you haven’t seen this ad, watch it now for a good giggle (which is why we’re avoiding any plot spoilers).

King Price has a knack for making the terrifying reality of needing insurance accessible, easy to digest, and a whole lot of fun instead of frustrating, confusing, and downright scary sometimes. This ad uses humour to make getting insurance seem less of a chore, grudge or complexity by grabbing our attention and holding it until the end, when we see the brand name: King Price Insurance.

This new campaign is laugh-out-loud hilarious and shows that King Price gets what it’s like to be South African. (It’s learnt a trick or two from Nando’s, for sure!) The ad speaks to how easy it is for us to misunderstand each other and the cultural faux pas that makes living in this country so humanly lovely.

Well done, King Price, for making insurance accessible. For getting us and ensuring that, when it comes to insurance, there’s a brand we know we can feel safe with and understood. We all want our insurance needs to be taken care of, simply and smartly, with a brand we trust.

Who are Kyle de Waal and Morgan Botha? We are two young-at-heart millennials trying with all our might to break the mould of the stereotypical ‘all millennials are the same…’ because — after all — we’re all just people. Together with the editors of MarkLives.com, we enjoy finding ads worth watching and talking about, and then showcasing them here in our new monthly MarkLives column, #AdChamps.