by Herman Manson (@marklives) Five years after launching Duke, its CEO, Wayne Naidoo, has announced the launch of a group structure that will pull the creative agency, alongside digital media specialist Mark1 and PR firm Positive Dialogue Communications, into a new full-service offering: Duke Group.

The three agencies have been working together on shared clients, including Pepsi and Jive, over the past year, with sufficient success to lead them to formalise the arrangement. Duke Group allows further close collaboration, and all three agencies will retain their own brands under the auspices of the group.

“…[W]e have entered into a new, exciting and maturing phase by creating a formidable, full-service communication offering by partnering with Mark1 and Positive Dialogue Communications to form the Duke Group, which is one of the very few 100% black-owned and BBBEE Level 1 offerings in South Africa,” says Naidoo.

According to him, the agencies are a natural fit: All are specialists with strong, experienced management teams, and they share a similar ethos in focusing on ROI for clients and over- rather than under-delivering. All three have also wanted to achieve greater scale while retaining their independence from the major networks. He says the teams are also aligned in breaking from the “state of sameness” that he believes permeates the agency world.

The deal also gives the group a presence in Johannesburg through Mark1’s office there. The combined group will employ over 60 people. 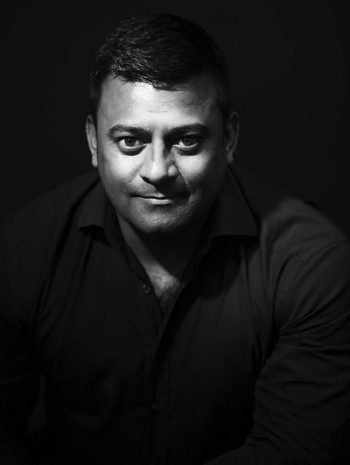 Naidoo’s father had named him after the actor John Wayne, whose nickname was Duke (hence the agency name). He is well-known in the South African advertising world, having been both chair and vice chair of the Association for Communication and Advertising (ACA) over the years; CMO at financial services company, AFB; and CEO of Lowe + Partners SA. He is a former chair of the Young Presidents Organisation (YPO). MarkLives named Duke the Cape Town Agency to Watch in 2019 in our 2018 Agency Leaders’ Most Admired Poll.

Mark1 is 10 years old and run by co-owners Daan du Toit (MD) and Joe Steyn-Begley (sales director) and has taken awards at both the IAB Bookmarks and MMA Smarties; it acquired Dash of Lime and 365 Digital from Primedia Online in 2016 [clarification: 365 Digital has run as a separate business with its own board since 2016 and is not part of the deal with Duke]. Positive Dialogue Communications is managed by Tracy Jones (MD) and has twice taken Gold for Best Agency at the annual PRISM Awards over the past five years.

“Combining creative, digital and new-generation PR forces in one team provides the integration we all know our clients want and need to adapt successfully to changing consumer expectations and behaviours,” says Du Toit. He notes that Mark1 had been recommending Positive Dialogue to clients for years, and vice versa, without either party realising.

Naidoo says the group aims to be dynamic, hands on, offer a fast turnaround and is committed to remaining different (breaking away from said industry state-of-sameness). The leadership team shares an ethos and lacks egos (he describes egos as a major barrier to success). It also contains great technical skills.

Du Toit says his teams have raved about working with Duke, with feedback on different, better relationships which stray from the norm having convinced him to investigate closer collaboration.

The owner-managers of all three agencies remain involved in the business and the companies will now undergo a process of integration over the course of the next 6–8 months. DUKE and Positive Dialogue have already moved into a shared space, and it makes sense to find premises that will also be able to accommodate Mark1.

While all three will maintain their individual client lists, the focus will certainly be on expanding the number of clients they get to collaborate on. Pioneer Foods, Pepsi, Jive, RCS, Woolworths, RisCura, Advertising Week Africa and Travelstart are some of the clients now sitting within the group.