by David Smythe. Based upon what they tell us about themselves, their career goals and aspirations, South Africa’s younger millennials — dubbed the culture creators — won’t be anything like older millennials.

This is another key takeout from a comprehensive study of South African youth, completed towards the end of last year; the objective was to analyse the attitudes, behaviours and values of the youngest millennials and oldest Gen Z South Africans.

One of the critical differences highlighted by the research is that South Africa’s younger millennials value different things in the workplace than their older millennial counterparts, starting with money. This has major implications for brands in the financial services space, as well as the retail environment.

Young South Africans may only now be entering adulthood with limited purchasing power but there are indications that they’re more conservative with their money than previous generations, and prefer financial independence. Most of young South Africans say that earning a great salary while making a difference is most important to them. Oh, and, they really, really don’t want to work for you.

Entrepreneurship is seen as a way to not have to rely on anyone or anything else, and their version of it will likely be focused on sustainable ‘singles’ and ‘doubles’ ventures. Their overriding attitude is that, if the job opportunities aren’t ripe for the picking, they’ll go out and carve their own success. The research showed that 66% of young South Africans want to work for themselves, 19% to work at a company and 15% to be an online influencer.

Another way they differ is that the younger millennials take on less debt, and they expect more from their money; they prefer to save it. Their interest in holding on to money is more from a desire for stability, rather than status. By and large, they feel insecure about their financial futures. Being prepared for retirement and their ability to pay off loans in the future worry them in the present. So, they prioritise saving over spending and are financially quite conservative.

Most interestingly, stokvel membership — something they would have known their grandparents and parents to have — sits at only 7%. This is a large cultural shift.

Underlining the importance of savings and financial security, asked what they would do once their savings account reached R5000, 28% would continue to save it, 23% would spend it on necessities, 21% would put it towards tuition, 14% would pay off debts, 8% would share with their family and 3% would just spend it.

This low interest in ‘experiences’ — something new or travel — is a hallmark of the younger millennials. Contrary to their millennials elders, younger South Africans are more inclined to spend their money on buying high perceived value items (albeit infrequently), rather than the stereotypical accumulation of experiences. Simply put, they’d prefer a cool product, instead of a cool experience. To a large extent, they’re playing asset catch-up.

In conclusion, the ‘rejection’ of the experience, coupled with being more likely to save for the future than their experience-seeking elders, will put pressure on brands. Ecommerce, however, represents a big opportunity for those who can get it right, as shopping online, or, more importantly, on their mobiles, has not yet reached critical mass among younger South Africans. 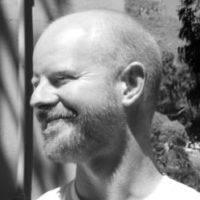 David Smythe, the strategic planning director at FCB Cape Town and an exco member, led the above study of South African youth using FCB Africa’s insights tool, FCB Alchemy, in partnership with Answered Insight, which produced the above analysis. He believes that to be brave is to embrace change — embracing something that you’ve perhaps not seen or done before but which will utterly pulverise the status quo. He is a passionate advocate of neuromarketing and devotes his professional and spare time to understanding what makes human beings tick.