RamsayMedia has been undergoing a strategic transformation over the last three years under the management team lead by MD Stuart Lowe.

While the closure of three titles in recent years, including Afrikaans travel lifestyle magazine Mooiloop (in late 2008), Afrikaans motoring title Wiel (in late 2010) and the wine-focused consumer monthly Wine magazine (in mid-2011), leaves the impression that the publisher is struggling, Lowe says closing the titles were a brave move to shift focus and energy to a new 360-degree multimedia strategy built around sound and profitable brands. 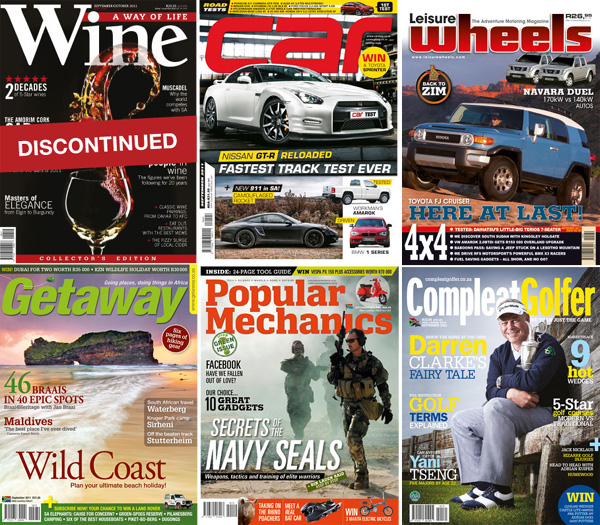 RamsayMedia had previously supported Wine magazine over the course of 20 years, even though the magazine had only turned an annual profit three times in its existence. Obviously, the status quo was no longer sustainable at Ramsay – the name of the new game is playing to its strengths and investing in businesses with real potential.

Lowe says the company has just emerged from a strategic alignment session looking back over the past three years since the current management team took charge. The process involved the entire staff providing insight and feedback relating to how RamsayMedia has been responding to industry change, including on what the business been doing right and what it’s been doing wrong, as well as the way forward.

It has allowed the business to define its metrics for success, says Lowe. It’s also allowed the company to take its 360-degree multimedia thinking beyond the senior management team to every member of the RamsayMedia team.

Apart from pushing a multimedia strategy for all its existing brands, RamsayMedia has launched a number of new divisions, including an already successful content marketing arm and a research business. It is also looking for acquisitions in the B2B space, including individual titles and B2B publishing houses, a digital agency and an events and experiential marketing firm.

Lowe insists the core pillar of Ramsay’s business model remains magazines – it’s simply the shape and size of the magazines that are morphing. Magazine output growth has doubled over the past years despite the closure of certain titles, while advertising revenue for its digital products are experiencing growth of between 70 and 80% a year.

When you talk about digital publishing in South Africa, you still talk cents as opposed to rands in print, says Lowe, since local online ad spend lags international norms dramatically. RamsayMedia has seen zero media inflation on the CPM model since it first ventured into online years ago.

Instead, it will be focusing on landing in the transactional space, as well as getting paid-for content to consumers (using apps is a significant part of this strategy). The first three serious app builds are close to launch – including two in the car space and one in the travel and lifestyle space.

One app – called ‘Car Dealer’ – adopts a Gumtree model for the auto space, and is a volume play into the car transactional market.

RamsayMedia is leveraging its relationships in the vehicle market to aggregate offers and information from virtually every major car dealer in the market. It has also teamed up with Samsung for the app to be shipped on all Galaxy tablets. Listing will be free but consumers will be able to purchase content such as rating, road tests and car guide data via the app.

A number of other revenue streams have been identified and will be rolled out in due course. Lowe expects the project to be profitable within six months from launch.

The digital division used to be centralised within RamsayMedia but has gradually been undergoing a gradual process of decentralising. Online editors have moved on to the brands themselves, as have sales, design and increasingly campaign management duties. Only strategy, innovation and tech still reside apart.

Meanwhile, the content marketing division has landed a consumer title under contract – something division publisher Neal Farrell says he believes will happen more and more as smaller independent titles seek expert help in a tough market.

The title is Ride, a cycling magazine launched in 1997 and well-established in the market, but which has had to go up against internationally licensed title Bicycling magazine in recent years, published in SA by Media24 Health Magazines. RamsayMedia takes on the title from the November 2011 issue.

Farrell says the content marketing landscape is shifting, with more risk (for the publisher/content marketer) written into contracts. Similarly, the upside is potentially so much more rewarding. Farrell says his division has grown from one title three years ago to five contracts today and he expects this to rise to 10 titles within 12 months.

The objective of content marketing is for clients to attract consumers through content – and content is what RamsayMedia is great at, says Farrell. The group currently holds contracts for Ride, Sanlam, Toyota, the Retail Motor Industry Organisation (RMI) and the Herschel Girls School annual. Offerings include the full spectrum of media, covering print, apps, online, events and more.

The custom division has achieved 100% revenue growth over the past two years and Farrell is targeting blue-chip brands and is looking for clients in the airline, retail, car hire and banking business.

Finally, a new research division is set to become one of the most profitable units in the business: a joint venture with Bateleur. RamsayMedia Research Solutions conducted the SA Lifestyle Survey focused on the rich and super rich’s consumer attitudes, opinions and brand preferences.

Lowe says their figures on this market, with R350 billion in spending power, differ substantially from what AMPS produces on this segment, as the research arm has ‘managed to get inside the fence’ of these people’s lives through the range of Ramsay products.

The content business, it turns out, is bigger than magazine publishing. As RamsayMedia refocuses on expanding the reach and leverage of its core brands, it is playing to its strengths and reputation in content generation built up over decades. In the process, a much more modern, braver and more sustainable company is emerging.