Can Cape Town become to Johannesburg what Austin is to Dallas, Barcelona is to Madrid or San Francisco is to LosbAngeles – not as big, not as industrial but certainly more creative, entrepreneurial and tech-centric? Gavin Levinsohn, CEO of Ogilvy Cape Town asks the question, but already it seems rhetorical. 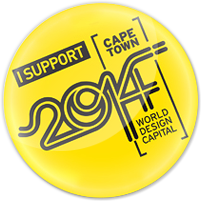 As industry moves to Johannesburg, the importance of KwaZulu-Natal’s ports of Durban and Richards Bay continue to grow and rich agricultural land disappears beneath golf developments and security estates, the city is recognising the need to diversify its economy, and to build an alternate image that not only foreign tourists can relate to but for locals as well.

The city has identified a number of ‘priority sectors.’ The usual suspects are all there including business process outsourcing (BPO), oil & gas, boatbuilding, renewable energy and tourism. But add to that ‘creative industries’ and ICT, Cape Town’s broader creative industries sees reason for optimism.

With ‘creative industries’ Cape Town takes a very broad view – it includes film, crafts, music, performing arts, visual arts industries and cultural tourism. The film industry has traditionally been the main beneficiary of the city’s ‘creative focus’ but this might finally be changing.

And design pays, look no further than Design Indaba, which in 2010 contributed R232 million to the national GDP and helped to create over 900 jobs, according to The UCT Graduate School of Business, or the fact that Creative Cape Town identifies over 1 000 ‘creative enterprises’ just in Cape Town’s city centre alone.

The city already hosts the globally reckoned Design Indaba, the local ad and magazine industry awards in the Loeries and the MPASA PICA awards, the Toffie pop culture festival and a host of important cultural events including the Cape Town International Jazz festival. It’s also bidding for ‘World Design Capital’ status (and has been named one of three finalists) from International Council of Societies of Industrial Design – a partner of the International Design Alliance.

The challenge for Cape Town as a city now is delivery on the creative credentials it has been trumpeting.

Peet Pienaar is one of Cape Town’s creative treasures. Shifting from performance art to graphic design he straddles the world of art and commerce. Alongside business partner Hannerie Visser they run design studio, The President, with offices in Cape Town and Buenos Aires. Their Toffie pop culture festival runs in both cities.

Pienaar thinks the city, and country, should carefully consider its position in the world, and that instead of looking to Europe and the US, it should look to cities and countries in the Southern hemisphere for inspiration. Argentina and South Africa share post-colonial histories, face similar socio-economic problems and, says Pienaar, similar solutions.

For Pienaar Cape Town’s creative credentials falls flat right at the start. He believes initiatives around the Design Capital are just more advertising to attract tourists to the city rather than a genuine effort to transform the city into a creative and cultural city. While Buenos Aires
offers support to its version of Toffie, Cape Town doesn’t. Even the Argentinean ambassador offers more help locally than the city does.

Creative Cape Town, the private-public partnership behind much of the effort to establish a creative node in the city and host of its Design Capital bid, meanwhile, acts as doorman to the city and blocks the conversation with its representatives, says Pienaar.

Buenos Aires, which has been building its creative credentials in South America, converts unused industrial space into workshops for artists, artisans and entrepreneurs, adds Visser, and offers public spaces for free craft workshops. A free public education system sees design students trained by professional designers volunteering as teachers (the better your marks, the better and more high profile your teachers – how is that for study incentive!).

All this gives the city a sense of generosity – something Cape Town – for all its beauty – lacks. Buenos Aires also protects small business and artisans whereas Cape Town is filled with more and more malls resulting in less space for artisans and small business owners, adds Visser. “We are losing creative skills practiced for generations and our inspiration alongside it,” says Visser.

Pienaar is not the only critic of Cape Town’s creative and design credentials. Mike Abel, CEO of M&C Saatchi Abel, says through hosting events like Design Indaba the city “creates [only] the illusion of a thriving local creative industry.”

“Just because we believe there are many creative types lurking from Simonstown to Melkbos will not achieve anything,” says ninety9cent MD Andrew Brand. “What efforts are the film, photographic, digital, advertising, fine art and performance industries making to align themselves? What is the City of Cape Town doing to advance the cause? Without leadership, a focused agenda and a collective vision it will never happen.”

Godfrey Morley, managing director, Draftfcb Cape Town, says that while he agrees that the city seems to have established a reputation as a creative hub, he also asks “does Cape Town have the business on which this creativity can feed and grow going forward? I suspect not: the challenge therefore is how to empower the hub to successfully service this country’s economic powerhouse in Gauteng as well as the rest of the world.”

Creative Cape Town has created enormous hope and expectation around the city’s commitment to finding its design voice. It’s driving the establishment of The Fringe, Cape Town’s Innovation District, in the east of the city, and the city’s Design Capital bid. These high profile projects create the idea of a bustling city department headed by a design tsar championing the creative voice of Cape Town.

The reality differs quite starkly from this image. The Creative Cape Town programme is run by its co-ordinator, Zayd Minty, for the Cape Town Partnership – but he is one of two employed full time on the project.

For the initial phase of the city’s Design Capital bid he got R600 000. The Fringe has R1 million to finance research and communication. It’s at once a stark reminder of just where design lies in the cities list of priorities. Thankfully, it’s also offers a glimpse at how much one person can achieve and contribute in spite of limited resources. Imagine what the Cape Town advertising industry can do if it pulls together? Not to mention what it could do if it combined forces with others like the digital industry and the film industry.

Minty explains that his office simply doesn’t have the resources to engage with individual stakeholders in the creative industry, relying on network organisations like the Cape Film Commission and the Cape Town Fashion Council to drive communication and engagement.

It does go some way to explain the frustration of Pienaar and the broader ad industry on the lack of engagement from Creative Cape Town. On the other hand, adland hasn’t in place a body promoting the interest of Cape Town’s agencies (organisations like the Creative Circle and the ACA are nationally focussed) so the network organisation to drive the industries engagement with Creative Cape Town simply doesn’t exist.

Minty calls on the industry to pull its act together, to set up regional structures to drive their interests and to find ways to engage with the city and related industries. It echoes Pienaar and Vissers’ own views – if we don’t do it for ourselves, nobody else will.

Not only is there a lack of coherent engagement within the regional advertising industry, but also between the design and tech sectors of the local economy that can only put the city on the map globally through a joint effort.

Silicon Cape, an initiative to drive tech innovation and bring together start-ups and venture capitalists is doing great work on creating an environment conducive to establishing Cape Town as technological hub, but it’s not gaining particular attention from adland, even when adlands’ very future is intimately entwined with emerging technological platforms.

“It is a certainty that in today’s communication world, creativity powered by technology is the success model,” says Rob Stokes, Group CEO of Quirk eMarketing and Chairman of The Silicon Cape Initiative. “The starting point will always be the idea but how this idea is constituted must
change – the creators of the new ideas will need to be a collective of creative thinkers with an appreciation for what tech can do mixed up with true digital natives who can offer thinking around ‘how this thing could be built’.”

On the upside, the city is already playing on the global creative stage. Witness Ogilvy Cape Town launching Schweppes Malt into West Africa before beating Publicis Sydney and Mexico City to win the Schweppes Brand Campaign for Europe, Africa and the Gulf region. It then won a pitch against Publicis London to win the global account of the Abu Dhabi Tourism Authority. Lowe Bull also recently won a global Skip project from the Unilever stable.

Or Am I Collective, the illustration and animation agency and arguably Cape Town’s hottest creative export, which has just completed the Minute Maid TV commercial for the Chinese market and is finishing off a global version. They are also busy with a typographic execution for Snickers through BBDO Paris and just completed a job for Heinz in USA through their agents B&A.

As Charl Thom, MD of FoxP2 puts it, “The Cape is increasingly being recognised as a creative centre of excellence on the global stage. At FoxP2 we have never considered ourselves a ‘Cape Town’ agency, but rather a national/international agency based in the creative city of Cape Town.”

For all its best intentions, the City cannot lead Cape Town’s creative transformation or drive its international reputation as a design rich city. Cape Town is a creative city thanks to its many creative people. Now they have to stand up and stand together. And, those in the local ad industry need to organise and engage with associated industries and stakeholders. Only one question remains – captains of Cape Town’s adland – will you take up this challenge?

The story first appeared in the June 2011 edition of AdVantage Magazine.