by Tom Fels (@thomasfels) After the Nene-related economic earthquake of 9/12, which saw the ZAR:USD exchange spike dramatically and the Public Investment Corporation lose R100bn in pension funds overnight, the writing was on the wall that this year would be an interesting and tough one. True to form, the continued currency volatility and inflationary pressure are squeezing every drop out of marketers’ budgets as they strive to provide value to cash-strapped consumers.

Stuck in the middle is adland, where constant pressure for value delivery is combined with the heightened desire for breakthrough strategy and communication. In an industry commercially relegated to hours by rate, the hours and the rates are becoming less representative of the effort required to fully engage a client business and create remarkable communications. They are becoming an incidental currency in themselves.

If you spend any time following the media, 2016 will have been a bombardment of bad news: stories of global businesses such as Barclays disinvesting in major South African assets, as many claim the ‘smart-money’ is already gone; mud-infused politicking (in a municipal election year) casting long shadows over an already sensitive economy; and social reform accosting the status quo (Fees Must Fall movement, campus racism and rape activism, and service delivery unrest).

Many expats abroad may be quietly patting themselves on the back in self-congratulation for ‘getting out’ before a seemingly inevitable slide to recession and further depression.

While local market woes are indeed a concern, for those of us who are not ‘getting out’ but very much still ‘in’, it may be useful to gain some context from around the world.

Europe is under siege as over a million refugees crossed its borders in 2015, a civil war burning in Syria fuelling much of the exodus. Islamic extremism continues to threaten in Africa, Europe and the UK; Donald Trump is championing an inflammatory campaign for the US presidency (and may just win it); US inflation may be set to rise; and China’s growth rate is the lowest in 25 years. The global economy is going Bear.

Often, ad leaders are quick to separate themselves from marketers in an ‘us vs them’ paradigm and adopt a victim mentality, but the macro picture is the same for us all. Indeed, marketers have likely been facing the storm for longer, and at bigger risk than the industry. Nevertheless, the true impact is being felt now, as big pressure is causing big moves;

Pick n Pay moved its account after 48 years with Y&R earlier in the year. The entire Absa business is currently out to pitch, MTN recently coordinated a pitch for its global business, and Edcon is reevaluating its agency roster. Each of these brands (or their sub-components) form the financial backbone of the agencies they have partnered with over the past decade.

After the disruption we experienced during the 2014 acquisition spree that resulted in heavy agency consolidation, we are once again set for an enormous shift before the start of 2017. Some agencies are threatened with extinction, while others may double almost overnight. This is a watershed moment.

Get in at the bottom

I would argue that almost 50% of marketers have already cut, or are considering cutting, spend year on year as their margin pressure increases. There is a direct impact upon agency growth as execs are running to stand still, rather than build beyond today’s revenues.

For me, the current state of the nation has established a playing field where opportunity exists but needs to be dug out. Certainly, the way we think about our business model and our roles needs to change.

The big motivators for the large-scale pitches we are seeing are value-delivery and consolidation. It’s a classic model; fewer appointed agencies should foster deeper relations and also eliminate cost-duplication, delivering greater efficiency to brands.

Meanwhile, for agencies considering their existing client-relationships, now is a good time to engage them in some very deep discussions about the mid-term horizon to consider how you may lock in as a solid strategic communications partner to help them tide the storm.

Rather than fight the future, agencies need to work in ways to help create it. Even if we haven’t bottomed out yet, it’s better to be ‘in’ and building a platform for growth so that, when the Bear goes Bull, we all ride it out together. 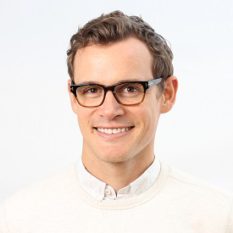