by Herman Manson (@marklives) Barclays Africa Group has put its advertising account out to pitch. The financial services group, which includes Absa in South Africa, has just completed a request for interest from agencies and is working through responses. Next, it will draft a shortlist of possible agency partners.

David Wingfield, head of marketing at Barclays Africa Group, says its total portfolio is out to pitch, except for sponsorship, brand design and internal change management. Absa spends more than R429m on advertising and marketing activities in South Africa alone, according to Nielsen’s AIS/Adindex ranking (2014).

The pitch process is being managed by Yardstick. There is a B2B, as well as a B2C element, to the pitch.

The process was started internally last year and is being driven by rules governing procurement. Agency partners have held pieces of the business for between nine and three years. Current agencies working upon the account include The Jupiter Drawing Room (Johannesburg), Base Two, Mortimer Harvey, Publicis Machine, Rogue and House of Brave, among others.

Country markets where Barclays Africa Group is active include Botswana, Egypt, Ghana, Kenya, Mauritius, Mozambique, Namibia, Nigeria, Seychelles, SA, Tanzania, Uganda, Zambia and Zimbabwe. According to Wingfield, the pitch will not exclude agencies which don’t own offices/have partnerships in all these markets.

Ultimately, Wingfield wants the process to create a more-efficient agency model that saves upon resources (in terms of time and cost), results in better work and a higher business return. 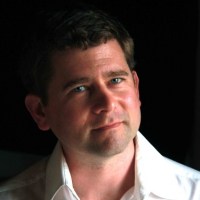