by Herman Manson (@marklives)  Edcon is out to pitch as uncertainty looms around the future of the retail giant. With the account estimated to be worth R150m a year, WPP and Publicis Groupe are both believed to be actively pursuing the business. However, questions are being asked about Edcon’s sustainability after it deferred interest payments of about R1.6bn on bonds issued to mature in 2018.

The Financial Mail quotes independent analyst, Syd Vianello, as saying, “It’s become a case of when, not if [Edcon] goes under. Missing an interest coupon simply means you have run out of money. Bondholders had to either accept the situation and hope they were going to get a cheque in December or say ‘our bonds are worthless, to hell with it, let it go’.”

“Bain is not interested in putting money into Edcon. It did [seven or eight years ago] and lost everything — the only thing left to salvage is its pride,” Vianello is also quoted as saying. FM reports that the sale of certain Edcon-owned brands remain a possibility, including Jet, CNA and Boardmans.

Edcon has been losing market share to South African rivals such as Woolworths, Truworths, Mr Price and international retailers such as H&M.

Incumbents Joe Public and M&C Saatchi Abel are believed to have been invited to pitch on the business they currently hold (Jet in Joe Public’s case, Edgars and Edcon loyalty and financial services in M&C Saatchi Abel’s case).

At least one executive at an agency pitching on aspects of the Edcon business took note of the FM story and said agencies would expect certain guarantees to be put in place by Edcon before they staff up to take on the business. 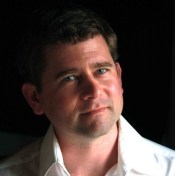