by Matthys Esterhuysen (@hellocomputer) Netflix uses data to create a hit TV show, House of Cards. Cambridge Analytica uses data to influence a US election. A machine writes a Lexus television ad. These events are proof-points for the claim made in 2006 by Clive Humby, the British mathematician and architect of iconic supermarket reward programme, Tesco Clubcard.

However, since he uttered the words “Data is the new oil”, data as valuable commodity has only increased in quantity, if not value. Data (and its accompanying buzzwords) permeate not just our industry but culture at large. It’s also the foundation of most of the biggest trends in marketing: artificial intelligence (AI), personalisation, omnichannel attribution.

According to The Data-Centric Organization 2018, a Winterberry Group research report published in February 2018, the majority of marketers appreciate this and are rolling out strategies to support data-centricity. This report stated that, in 2017, 17.3% of marketers said they had no strategy but were planning to develop one; 49.4% said a strategy had been developed but not yet implemented; and 23.4% had both developed and implemented a strategy. More importantly, 44.4% said they expected their organisation to be “extremely data-centric” in 2019 and 34.6% said they’d be “fairly data-centric”. Not one marketer said their organisation would be “not at all data-centric” nor even “not very data-centric”.

It goes without saying that the growth in data-driven marketing has been in performance and media. On the performance side, US figures from Winterberry show that spend on data management, processing and integration increased by 25.1% from 2017 to 2018, while that on analytics, modelling and segmentation rose by 2.9% for an average increase of 17.2%. On the media side, also in the US, data now represents a substantially larger component of display advertising budgets. It’s now in the vicinity of 10% to 12% of every US dollar spent, up from less than 5% just five years ago.

Obviously, this is because marketers have seen the benefits of data-driven marketing. Despite the success illustrated by various campaigns and even though a lot of money is being spent on data by marketers, it’s mostly in efficiency and media. Many, including myself, believe that the next frontier will not be data-driven creativity but data-informed creativity, as creativity itself is a major driver to comms success and can’t be ignored, and likely not automated either.

AI can accelerate and scale the creative process without replacing humans. Although they exist, robot copywriters (and creative directors) are much less likely to displace creatives than they are to amplify their productivity and effectiveness. This is often called the centaur model of human-machine collaboration.

Let’s go back to The House of Cards. In truth, Netflix didn’t use its data for creative decisions; it used it to figure out what its customers would like to see. Data set some broad creative guidelines, ones that were looser than screenplay writers have experienced many, many times before.

Using data to set the contours for success can release creative teams to do what they do best — in full confidence that what they do will likely be well-received. They want to know what will be successful ahead of time, especially if you’re not restricting them in the most-important ways. In this way, data enables creative freedom, rather than defeats it.

*This article was updated on 9 October 2019. Several case studies were removed as we could not verify their authenticity. 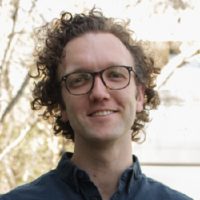 Matthys Esterhuysen is executive director, digital innovation and performance at Hellocomputer Joburg (part of FCB Africa), which bring brands to life on digital platforms. He’s been in the industry almost 12 years, starting in design and ending up in strategy, with an MBA somewhere in-between.