by Oresti Patricios (@orestaki) [2nd 5 of 10] And the winner is… Here is the second half of my entirely subjective countdown of the best of the Best Ads of 2013 — see here for the first half. It was a good year, so everyone’s a winner (as they say). 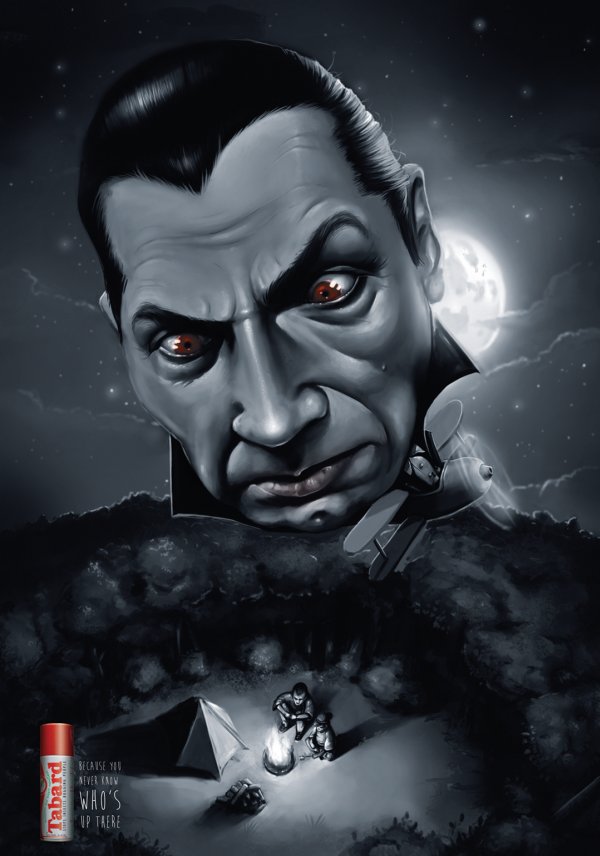 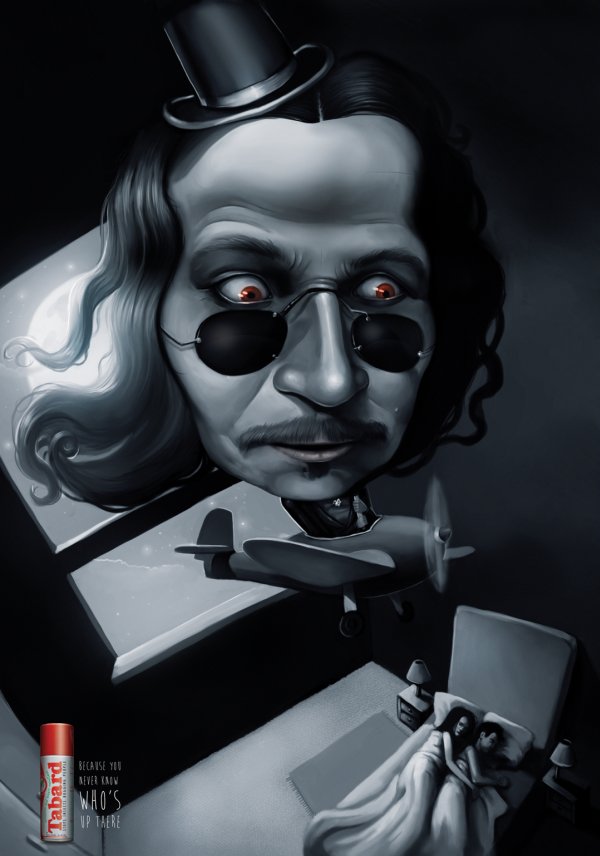 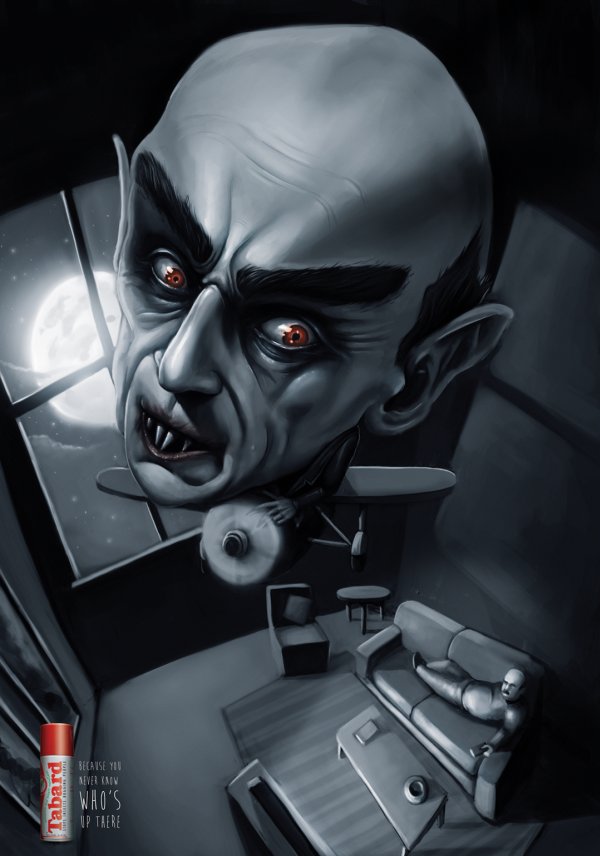 This print campaign, produced by Volcano with illustrator Gabby Correia, relied on a simple, but very strong, set of images to convey a message.

Featuring three famous vampire characters, the principally black-and-white pictures play with size and perspective, portraying mosquitoes as bloodthirsty vampires piloting tiny aeroplanes, looking down on their targets: people in bed, on a couch or at a campfire. The slogan reads: “Because you never know who’s up there.”

It’s artfully executed, with a spooky yet humorous appeal. The principally black-and-white aesthetic is dramatic and complements the theme, and allows for the colours of the pack to ‘pop’. Funny, effective and powerful.


In a time when everything revolves around profit, corporate growth and return on investment (ROI), it’s good to see a campaign that goes beyond the obligatory corporate social responsibility gambit. And that’s exactly what Coca-Cola’s ‘Crazy for Good’ campaign seems to do.

The campaign is all about ‘passing it on’ — people who perform random acts of kindness for the good of society.

This global campaign, which was developed at Ogilvy Brazil, Sao Paulo, highlights these special, giving people, such as the young Capetonian woman, Lea du Plessis, who calls herself a ‘secret gardener’. She identifies places in the city in need of greening, and then under cover of night — along with some volunteers — she plants trees, shrubs and flowers.

“I plant trees because people need greenery around them,” she explains. “They can’t live in concrete blocks and towers — they need some nature, because we are, after all, part of nature.”

Another is Tom Hewitt, who has become something of a local legend in his hometown of Durban by teaching street-kids to surf. Some of them have gone on to become surfing instructors, lifeguards and surf-store assistants — Tom has had a real impact upon these lives, saving them from crime, prostitution or early death.

Coca-Cola helps by publicising these projects, and it does the brand a world of good by being associated with good people. Draftfcb is the local agency.

For many FMCG products, the best way to win customers is to let them experience the brand directly. To interact with it, taste it, touch it and, hopefully, to watch as people come away with an enjoyable, happy memory of the experience.

In Douwe Egberts’s recent activation, conceived and produced by Joe Public, the ‘zinger’ was the addition of technology that allowed users to interact with the brand in a fun way.

A coffee machine with Douwe Egberts branding was placed at OR Tambo International Airport. But there was no coin-slot. All the tired travellers had to do was what comes naturally after a long and exhausting flight: yawn.

Facial recognition software would then trigger the mechanism, and the free coffee would be dispensed. The cups were custom-branded with the Douwe Egberts logo and the slogan “Bye bye red eye.”

I think it was a very smart experiential marketing exercise, as it allowed the public to taste the product in a familiar environment and, in all likelihood, talk about the experience for some time afterwards.

2. For Doctor’s Ears only

This was a direct campaign that managed to cut through the clutter and engage directly with its target audience. And the target audience is perhaps one of the hardest, most stressed, hard-working and difficult people to reach — doctors.

Africa Health Placements recruits doctors internationally to work in underserviced communities in South Africa. The campaign took the form of packages that were delivered directly to doctors.

In the package was a plain wooden box containing a hessian ‘envelope’, inside of which was a card labelled “Place stethoscope here.” A pressure activated device triggered a low frequency MP3 that is only audible through a stethoscope. A short message appealed to the doctor to visit the website to find out about work “that gets your heart racing”.

The agency Boomtown won a silver Clio Healthcare award for the campaign. As readers know, the Clio Awards is one of the world’s most recognised awards competitions for advertising, design and communications in various sectors.

A perfect example of targeting a difficult-to-reach segment.

1. When a brand invests in the human spirit — Absa

And, finally, we come to no. 1 — my personal best ad of the year. This campaign featured some of the activities that the red bank supports but, instead of talking about the “greats” — the sporting heroes, the lauded artists — the ad examines the human spirit.

The idea is that by sponsoring sport and art, the company is not investing in only the winning team, or the ‘hero’ who scores the goals: it is investing in each individual.

Whether you’re a child, a teenager or an adult; whether you’re in the premier league or playing in a dusty rural field; whether you prefer dancing or acting; the human spirit is what we have in common.

The Absa ad, created by The Jupiter Drawing Room Johannesburg, is an inspiration for our times. It speaks to a magnificent quote by author, political activist, and lecturer Helen Keller, the first deaf-blind person to earn a Bachelor of Arts degree, who said: “No pessimist ever discovered the secret of the stars, or sailed to an uncharted land, or opened a new doorway for the human spirit.”

Even looking at it now, nine or so months after it first launched, I still find it inspiring.

So there it is, the Top 10 Best Ads of the Year, brought to you by some of the best agencies in the world. Although I have relationships with some of the agency owners in SA, I have tried not to let these cloud my judgement, and speak rather to what has made an impact on me and served best (in my humble opinion) to build brands.

Have a great festive season, and I’ll be back next year.