BizTechAfrica – IT in Africa finds a (anonymous) voice

by Herman Manson (@marklives) Here is a site that launched below the radar of both the South African start-up scene and many media watchers. BizTechAfrica.com launched quietly in May 2010 after it identified a lack of technology news from African countries other than South Africa in the market. Hard news is difficult to come by in many African markets and few publishers are prepared to invest the resources in people on the ground to gather news in their local markets.

BizTechAfrica publisher Tamer El-Assi took six months to put in place his content team from key African IT markets, in between doing his 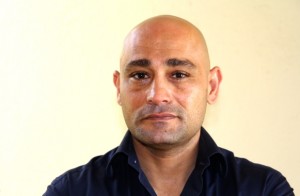 regular day job, and today has correspondents in place in Nigeria, Kenya, Malawi, Uganda, Tanzania, Zimbabwe, Zambia and Botswana, with plans to expand into Ethiopia and Mauritius. The operation is headquartered in Johannesburg to access its sophisticated advertising market and because many global IT brands base their regional headquarters there.

Some of the writers on BizTechAfrica use pseudonyms, including it would seem, the editor ‘TJ James.’ This is not a point on which El-Assi was forthcoming initially. It only came to light during the fact checking process of this story when it became apparent that TJ doesn’t really exist (as TJ at least) anywhere on the Net (which is odd for the editor of a significant IT website).

El-Assi, in a later email exchange, admits that “a couples [sic] of the team members work under pseudonyms.”  According to El-Assi his team are “all qualified and experienced professionals though. ” He added that they would write under their own names once they are employed by the site on a permanent basis which suggests some are currently holding down day jobs of their own.

It seems unlikely that the majority of BizTechAfrica’s readership knows that the writers and editors on the team are not who they think they are. Whilst it is easy to have sympathy with the plight of El-Assi and his team, given the difficulties any pan-African content start-up face, it does go to the ultimate credibility of this product in the market and with advertisers.

The site does not try to compete in the well established South African IT news market, dominated by ITWeb, MyBroadband and TechCentral, instead focussing on news from markets where no dedicated IT news resources exist.

BizTechAfrica  has been growing rapidly, over the past 5 months it served 108 000 unique users, with traffic doubling every two months, according to El-Assi. The site updates 7 days a week and 365 days a year and publishes 12-15 news stories a day. Readers spend an average of 3 minutes on the site which is pretty good in terms of online reading patters.

Most of its traffic is generated in Nigeria, followed by Kenya, Ghana, Malawi, the US, UK and India.

It’s reached a tipping point, says El-Assi, who recently quit his day job at BizCommunity to dedicate his time to the project, and he is looking for commercial partners and investors to finance growth (and help his contributors emerge from anonymity).

Apart from advertising the site also offers a Press Office function which recently signed its first clients, with four more big IT brands on the way, El-Assi promises.

El-Assi, born in Egypt, has a long history in South African online publishing, having spent six years at ITWeb before moving on to Moneyweb and later BizCommunity. The site is wholly owned by El-Assi and an unnamed Nigerian media partner.

Looking ahead El-Assi says he plans to expand the editorial team and focus on signing advertisers to help grow the site.

Content will be expanded in telecoms and mobile health as well as with an increased focus on African innovation and IT entrepreneurs.

In a case of great forward planning the site attracts most of its traffic via the web rather than via mobile – the reason being that the site was designed to load quickly in spite of low broadband speeds in many African markets.

El-Assi has overcome numerous obstacles in getting BizTechAfrica off the ground, and the entrepreneurial spirit on this continent does require some innovative thinking, and sometimes the skirting the conventional rules and regulations. If it is going to market in the way El-Assi envisions it will have to play open cards with its readers, give TJ the boot, and focus on building a relationship of trust with its readership and its advertising partners.