The Value Of Creativity

by Charl Thom, Group MD, FoxP2 I have a long-held view that highly creative work is also the most effective work. Campaigns winning at the Apex awards are increasingly also the campaigns achieving success at the Loerie Awards. Apex recognises the commercial significance of communication campaigns and agencies are required to use substantiated data to prove the campaigns had a quantified impact on business results while the Loeries are more focussed on the creative component of the work. 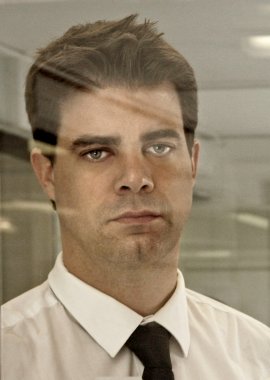 Contrary to our view on creative effectiveness, there is a school of thought that creatively successful campaigns can’t be commercially successful, and vice-versa. This exists for two reasons. Firstly, not everyone recognises the potential impact that a strategically sound but brilliantly creative campaign can have on business results. It has the power to deliver a disproportionate return on marketing Rands. Why don’t they see it?

Because if it’s truly creative, it means it hasn’t been done before, which means its potential can’t be measured against best practice examples. And this is what too many corporate driven brands expect of marketers, to follow best practice. While it’s understandable that large corporations have to put measures in place to counter the law of averages in talent management, innovative and creative thinking must be encouraged, or employees’ decision making will be governed by a simple desire to protect their job.

The second reason is that agencies have sometimes done work that does not distinguish between artistic and commercial creativity, and this earned creative work a negative reputation at times. Whilst artistic creativity plays a significant role in ensuring brilliant execution of a campaign, commercial creativity is at the heart of solving business problems. The results for Frank.net (winner at both the Apex and the Loerie awards) prove this. On a fraction of competitor budgets, Frank.net sold R1-billion in direct cover during its first 4 months of operation. This grew to R5-billion after 12 months, and R11-billion after 18 months.

Our brandhouse Drive Dry campaign, which also did well at both the Apex and Loerie awards, returned five times the amount of South African earned media versus the value of the actual budget invested. The international publicity of this campaign was not measured, but it was significant, as the campaign drew attention in Europe, Australia and North America.

The argument is backed up by a 2010 study whereby the UK’s Institute of Practitioners in Advertising merged data from their Effectiveness Awards with the results of the Gunn Report (compiled from various data sources to create their respected creative league tables) to prove that there is a direct link between creativity and effectiveness. The study analysed 435 campaigns over a 16-year period, starting in 1994, and the results are compelling:

· Over the past 16 years, creatively awarded campaigns have been seven times more efficient than non-awarded ones. Between 2003 and 2012 they were twelve times more efficient.
· Creatively awarded campaigns are becoming more efficient over time. Non-awarded campaigns are becoming less so. This is because of the ‘buzz’ or viral effect caused by consumers sharing campaigns on social networks.
· The efficiency gap between awarded non-awarded campaigns appears to widen in the FMCG sector, suggesting creativity may be even more valuable for packaged goods.
· The more creatively awarded a campaign the more effective it becomes. Campaigns picking up five or more creative awards are around three times as efficient as campaigns winning between one and four major awards.
· The benefit of creativity increases as the budget rises but can be negated if it’s cut too far.
· Awards judges who choose emotional campaigns – those that attempt to change feelings towards a brand – are also selecting in favour of effectiveness. Emotional campaigns work better than those just providing information.
· The link between creativity and effectiveness in not-for-profit campaigns remains unproven. This may be to do with the fact that awards judges are less influenced by emotionally charged creative work in this sector.

Strategically sound commercial creativity works, and it’s going to work even better as social networks continue exploding across digital and mobile platforms. No one sends a dull piece of creativity around, and over time, social media’s viral effect will continue eroding the impact of big brands that rely on expensive media pressure behind average creative to beat competitors. If the brand’s creative work is not talked about the brand will become a modern day social (media) outcast.

* The source for the IPA / Gunn Report study results is the 17 June 2011 issue of Campaign.
** An edited version of this piece first appeared in the June 8 2012 issue of Financial Mail.

Reprinted from the blog of Charl Thom. Hear more from Charl. Get onto our weekly mailer.