The agency blueprint that rocked the ad market

by Herman Manson (@marklives)  Two years ago the scene was radically different for Mike Abel, who had just returned from a stint in Australia, to start his own agency. As any agency person departing that market for these home shores will tell you, the locals instantly starts talking tail between the legs, didn’t cut it, running for home wounded stuff. The 2010 edition of the Financial Mail’s AdFocus simply ignored him and his new agency, M&C Saatchi Abel.

He hired a bunch of high-profile, high salary partners into a start-up business, which had yet to sign a single client. How much money can one 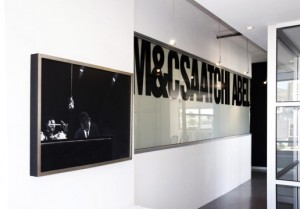 Except Abel didn’t look at it that way – he wanted to get into boardrooms to get business – and then he needed them to see he had the smartest people at the table. It was, he believed, what would win him business. It turns out he was right.

Mike Abel, dare I say it, is having the last laugh. His agency has skyrocketed to 130 people, has just been named the 2012 Finweek AdReview Breakthrough Agency by AdReview, where he was also awarded Advertising Achiever of the Year, and has been signing significant clients, including Edcon, Nedbank (BTL), Heineken and MWeb, all while attracting seriously competent talent (many from some of the biggest names in the local ad business). The agency was named the best performing agency in the M&C Saatchi global network in 2011. Revenue reached R33m in 2011 and now exceeds R70m.

Increasingly it’s the agency other agencies are, by their own acknowledgment, benchmarking themselves against. Not just ATL agencies, but specialists as well, which points to an agency that is strong across a broad range of disciplines, something the market demands but which few big agencies really deliver on. It means it is able to deliver ideas irrespective if channel – the holy grail of any ‘through the line’ offering.

Talk to many of his competitors today and they will tell you Abel sits the smartest people around the table (other than their own of course).

According to Abel he had returned to the country with a decent view of global best practice in agency integration. While his rivals scrambled with legacy systems and operations he was able to build an integrated agency from the get go. He had also picked up on a near obsessive client requirement of measurable ROI – something the ongoing financial crisis in first the US and now Europe has accelerated and which multi-national companies are forcing onto local operations. Ahead of the curve in focussing on ROI in advertising and communications would be the second secret weapon (the first being the brains and the names) in the M&C Saatchi Abel stable.

Abel positioned M&C Saatchi Abel as a strategic marketing consulting agency that also makes ads, and through his senior hires, was able to deliver on that promise of business and marketing consulting. It’s a positioning more and more agencies are adapting, but as Abel puts it, it’s one thing having a recipe book and quite another being a chef. The agency has solved issues for clients ranging from distribution to pricing – it doesn’t just create ads.

“The people with the best people win,” a quote by Jerry Welsh, is prominently displayed on the wall of Abel’s office. It ties back to when the agency started, to that strategy of hiring high-calibre talent as a matter of priority, and to hiring the kind of people he felt comfortable going into partnership with. It is to this partnership model that Abel attributes most of the success the agency has enjoyed over the past two years  (he describes the agency structure in similar terms to that of a law firm or architecture firm in which partners hold a stake in the business).

Abel also acknowledges the benefit of a multinational providing financial backing and a brand name that allowed the new agency enough runway to attract the best talent.

The Great Recession, in full swing when M&C Saatchi Abel started operating, has forced a shift in the ad industry, and as Abel puts it; “Being brave is the new safe.” That roughly translates into don’t stick with the tried and tested, with business as usual, because it’s probably not going to work for you.

The agency has a flat structure and egos are better left at the door. M&C Saatchi Abel runs its offices as a single collaborative business rather than as individual agencies in different cities. It dismisses the old ‘two cities, two agencies’ industry strategy (which quite often translates into the ability to work on competing clients who end up sharing the same ECD – also known as blowing smoke up client arse). They rate accountability at M&C Saatchi Abel.

Abel is known to actively approaching clients he feels isn’t sufficiently served by their agencies, a strategy that has ruffled some feathers in the ad industry, but as Abel points out, if a client is happy with its agency he happily walks away, and where they are not, he offers an alternative.

It’s shaken the sometimes complacent relationships ad agencies enjoy with their clients, and shows a competitive, more business realistic approach to the industry. He does point out that all the major accounts where won in pitches against well known agencies – nothing gets handed them on a plate – and that he is upfront in his communication. It’s not a cloak and daggers game – simply how business is done in the real world.

Abel, who was considered a bright star in the South African ad industry during his lengthy stint at Ogilvy (the 2010 edition FM ADfocus had awarded him FM Agency Leader of the Year in 2006), was visibly taken aback by the level of animosity and invective thrown his way on his return.

Vengeance must be sweet – but then Abel does not strike me as a vengeful guy. He would certainly not have attracted the team he has if he where – and remains one of the most approachable agency leaders in the country (his Cape Town MD burst into the interview to come say hi with nary a knock at the door – yes they are a friendly bunch).

Of course, this is volatile industry, you can ride the crest of the wave and then come tumbling down without any warning.  Abel had drawn up a blueprint for building an agency, and have seen it through with precision, dedication and determination, and he did so in two short years, winning (sometimes grudingly) respect of his peers, and increasingly,  winning over CEOs. It’s a blueprint that values and rewards people rather than awards and that is entrepreneurial at heart.