Saatchi & Saatchi Cape Town is getting its act back together. After walking away from repitching for the Engen account, which then made up around 35% of their business in late 2010, the agency is rebuilding its creative reputation under the guidance of agency MD Ian Young and creative directors Gavin Whitfield and Sammy-Jane Thom.

Engen had been a client of Saatchi & Saatchi Cape Town’s for 15 years, and the decision not to pitch for the last mandatory three year 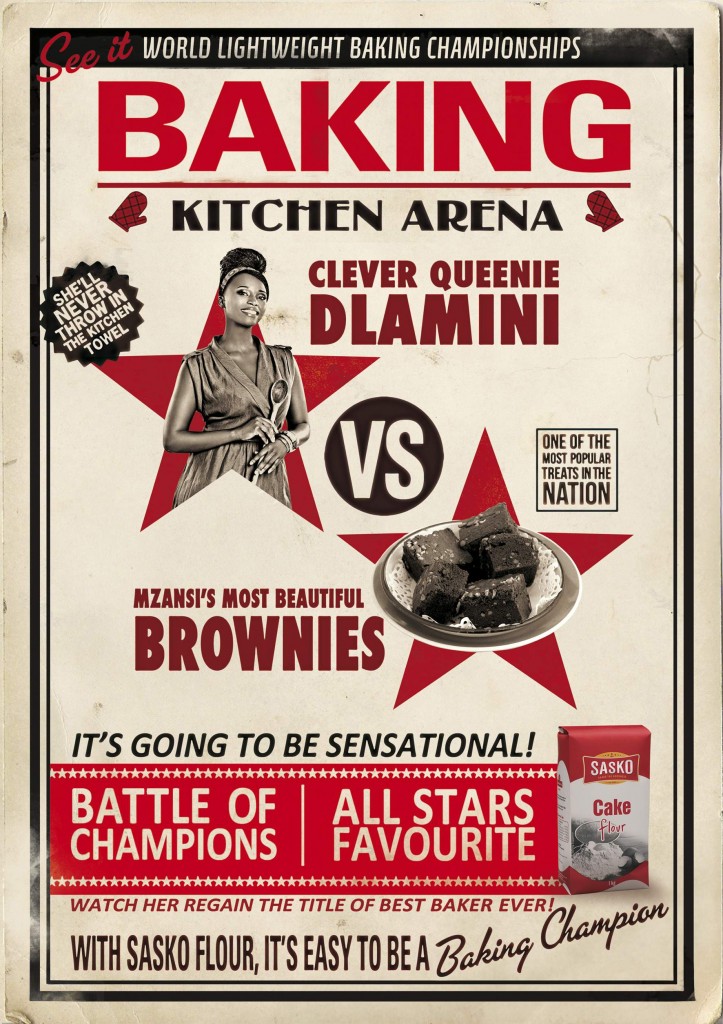 procurement tender for business was a difficult decision, says Young. The agency had frozen open posts while mulling over and building up to its final decision, but still had to let around 14 staff go during the subsequent restructuring in October last year. It also lost its executive creative director, Anton Crone, when post-Engen, it flattened its creative management structure.

Young has been with the agency for 15 years, starting as an account director, then deputy MD Cape Town and finally MD of the Cape Town agency. He says the fateful decision to leave Engen behind was made so the agency could refocus its attention on rebuilding its creative credentials which had gradually been weakening over the previous couple of years.

When he asked himself why this was, says Young, he realised that the type of work he wanted his agency to produce wasn’t the type of work required by Engen – even though he insists he remains proud of the work completed for that brand.

Losing such a big chunk of business meant the agency would be forced out of complacency, that staff would relook their value to the business and vice versa, and that the agency structure would have to be realigned with the new business reality, not something easily done in an agency otherwise established in its ways. All of this, Young decided, would work in its favour, and give the agency a chance to renew and reinvent itself.

Restructuring a business allows you to relook your ethos, says Young, who picked ‘Nothing is impossible’ as the new business mantra. It allowed for a shift in attitude, as well as for priorities inside the business.

The ad land love affair with ‘here-the-line’ and ‘there-the- line’ divisions – pretty much obsolete for much of the last decade thanks to the changing marketplace – were finally done away with at Saatchi & Saatchi Cape Town, as was the position of executive creative director.

The agency structure had become too big and cluttered and needed to be streamlined, explains Young. The agency would now have two creative directors, one dedicated to its substantial Diageo business account (with Whitfield in charge), another (with Thom) to service the remaining client base. It would retain a digital division with its own CD, Alan Cronje, who in turn works closely with the head of AtPlay, Allan Kent, to make up for the current knowledge gap in the main agency, but Kent and his teams sit in on client strategy meetings right from the start, and are
by no means an afterthought. It’s all about cross platform thinking now, Young insists.

“There was a need to flatten the creative reporting structure to our London office on our Diageo business and with Gavin being responsible for this business it made sense for him to assume the creative director role in October last year,” says Young. “Subsequent to the initial restructure, the way that our studio evolved and the elevated work load across their portfolios, it was abundantly clear that Sammy-Jane was fulfilling the role of creative director and hence her promotion to the position in March this year.”

Giving Whitfield and Thom complete through-the-line responsibility over their specific client portfolios – and a studio which is holistic in its approach regardless of discipline – has “definitely eliminated the ‘us and them’ attitude that seemed to have permeated the studio in the past,” says Young. “It is refreshing to see that as a result of the restructure we are getting to richer ideas faster. This also obviously extends to our digital offering which now sits even more comfortably within our offering.”

Whitfield agrees that before the switch from Engen, Saatchi & Saatchi CT had been a traditional agency with it’s traditional above-and-below the line divisions. The agency had to be not only restructured, but also reinvigorated somehow. He and Thom would help drive this process by questioning their own and the agency’s view of clients.

A quick look at the client roster doesn’t, at first glance, make for terribly sexy reading: Sasko Flour, Wordsworth Books, Kalahari Ads, UCT Graduate School of Business, NuLaid Eggs, Imbo Beans, Tuffy, Saudabel water, Crossbow Beans, to name a few. And this is where we – and they – are mistaken, decided Whitfield and Thom. Who says these clients aren’t sexy? Who says they are conservative? Who says client won’t pay for good creative?

The new attitude within the business translated to its hiring practices as well. The standards have been set high, they are looking for a new culture fit.

Thom says the agency isn’t trying to build a little hot shop in Cape Town, it is part of a global network after all, and committed to growing their clients’ business. The new attitude has attracted new business, and the group has been winning clients, including Pharma Dynamics, Kalahari Ads and Dealify.

Saatchi & Saatchi also said goodbye to long lead times – it conceptualised the Kalahari Ads campaign in a day and a half – one the client immediately bought into. Another went from conceptualisation to completion in seven days.

The agency is taking pride in what it is producing and hopes for a showing at the local award shows this year. They skipped Cannes Lions this year feeling the work they want to consistently produce won’t be truly where they want it to be until the 2012 festival.

“We have demonstrated to clients that we can do better and they that deserve better,” says Whitfield. Thom agrees, saying that while agencies might have automatically gained clients’ respect and trust in the 80’s, that is no longer the case, you have to work for it, something she believes Saatchi is doing effectively at this stage. It’s resulting in partnerships with clients, in shared goals and deepening relationships.

It’s not that the agency used to produce bad work – witness the Diageo Global Marketing Brilliance Award the agency won for its TV Commercial ‘Scout’ done for Guinness Africa in 2010. It also won a pitch put out by Saatchi & Saatchi’s Poland office for a Cadbury ad, winning against eight or nine markets also part of the network. It’s just producing even better work now and doing so consistently through its entire client portfolio.

As for growing the business, Young says he expects 2011 to remain a tough year from a trading perspective but the agency “is already having a better creative and financial year by virtue of the changes we imposed on ourselves last year…”

He adds: “We are far from out of trouble economy wise but we are certainly starting to see a return to some brand building activity tempered strongly by clients demanding evidence of success with regards to any of their spend. There is far more accountability around achieving results and it feels like clients are expecting much more from the ideas that we put on the table. We are seeing participatory ideas being the ones that have the most attraction for clients – those ideas which play themselves out very easily though a number of channels and we are finding that it is not only digital that is a must have but also a strong PR strategy to help create depth of participation.”

Young also believes that having a media placement agency as close at hand as Saatchi & Saatchi CT does offers a strategic benefit for clients. Although Saatchi & Saatchi outsource its media channel planning to Nota Bene it is done with the understanding that they have a physical
presence in the Saatchi office and are involved in brainstorms, reviews, etc.

It’s a brave agency that does more than acknowledge the need for change, for shaking itself awake and out of its comfort zone and deciding to restructure and rebuild an agency that is, simply put, a place you would want to work at today. It’s not a clear cut or risk-free process, but for the people at Saatchi & Saatchi Cape Town, it’s a commitment to finding love for the place they work, and the people they work with.

– This story first appeared in the September 2011 issue of AdVantage magazine.