The next big shift in smartphones

Lurking beneath the headlines of the iPhone 4S launch was a signpost to the next big shift in smartphones – high end devices at low-end prices. ARTHUR GOLDSTUCK explores the meaning of a $99 iPhone 4.

The foundations of the cellphone market has shifted. It happened during the announcement of Apple’s new iPhone 4S phone in New York, but 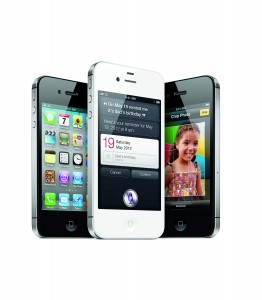 the shift was not about the new phone.

Rather, it lay in the implications of a by-the-way statement by new Apple CEO Tim Cook. He revealed that the previous model, the iPhone 4, would remain available, with a radically reduced price of $99 (although on contract). The new phone starts at $199 on contract for the most basic model.

If you ignore the 4S for a moment, the iPhone 4 remains one of the most desirable phones in the world. Until Tuesday, it was the standard against which every other manufacturer’s flagship phones were measured.

Between Tuesday and Wednesday, the device did not suddenly morph into a lump of coal. It remained the same device that had made Apple the most popular smartphone brand in the USA. Yet, its price now compared with or even beat many of its rivals’ cheap, low-end smartphones.

Consider what happened in Kenya in January when a high-end smartphone was introduced to the market at a low-end price. In that case the manufacturer – communications equipment maker Huawei – was unknown in the phone market. Big in China but small in cellphones, it launched the Ideos smartphone in East Africa.

The device has a touch-screen and uses Google’s Android operating system – a combination that lends itself to the interactive nature of mobile apps. Such phones had typically cost well over R1000 or the local equivalent anywhere in the world. But the Ideos was launched with an unbeatiable deal: around R650 for the phone, with 500MB of data included upfront, and close to R100 airtime.

Overnight, the Ideos took over the smartphone market in Kenya. Until the end of last year, Nokia had consistently claimed between 60% and 80% of that market. By February this year, their share had plunged to 15%, and Huawei had taken a staggering 75% of the market.

The same phone was launched in South Africa, but only on standard contracts, and with none of the added extras. The result? It did not even register on the graphs of market share.

Meanwhile, BlackBerry was making a similar impact in South Africa as the Ideos had in Kenya, thanks to its R57-a-month unlimited Internet service on the phone.

The Ideos and BlackBerry stories are powerful lessons in the impact of a device, when the cost is right. They provide undeniable evidence that, even in developing cuntries, there is a powerful appetite for powerful phones.

Now, the iPhone 4 could have that same impact, if it becomes available in bulk. If a sub-$100 phone bearing a little-known brand can shake up a market, imagine what one of the world’s great phones could achieve in the same price category.

Of course, it will be argued that American consimers have an advantage those in most developing countries wouldn’t have: low-cost, high-capacity data plans that allow such phones to come into their own. However, that is precisely what the BlackBerry offered in South Africa, and a semblance of what the Ideos gave Kenya.

The iPhone is more data-intensive than either of these, and will require a far greater commitment from networks to freeing up their mobile broadband restrictions. Already they baulk at the enthusiasm with which BlackBerry users have taken to unlimited Internet access. But the prospect of bringing phones like the iPhone to the mass market is a compelling one, and it is a vision often expressed by network executives.

As other manufacturers scramble to bring down the cost of smartphones to remain competitive, the network operators of the developing world will be under pressure to meet them halfway. With data plans as attractive as the phones, the next big shift will not be about what is on the device, but who will be using it.

* Arthur Goldstuck heads up the World Wide Worx (www.worldwideworx.com) market research organisation and is editor-in-chief of Gadget. Follow him on Twitter on @art2gee. Reprinted from Gadget.