John Brown has quickly become a force to be reckoned with in the South African custom marketing field. It launched in 2007 with Pick n Pay as a client, producing its monthly food magazine, Fresh Living, which has since emerged as the bestselling food title in the country. Now, suddenly, it has grabbed Cell C, Edgars Club and Discovery Health in short succession, shaking up the local custom marketing industry. 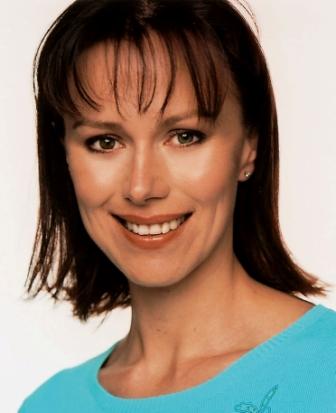 In the UK, John Brown is an important player in content marketing, doing catalogue and publishing work for clients such as retailers John Lewis, Orange, Waitrose and RBS. Its titles are known for its quality and craftsmanship.

When Pick n Pay announced it was looking for a publisher for its new in-store magazine, John Brown CEO Andrew Hirsch initially hoped to pitch for the title alongside local partners. Unable to find suitable partners, the group launched in SA on its own steam – and managed to win the Pick n Pay account with, as MD Lani Carstens put it, a team of “two-and-a-half people”.

Today the magazine, which retails for R13.95, is the biggest-selling food magazine in the country. with a circulation closing in on 80 000; facings at Pick n Pay till points make a real difference to the magazine’s success. The account has since been expanded to include a cook book, an internal company magazine, electronic newsletters and more.

Having consolidated the office locally and with Fresh Living firmly established Hirsch approached Carstens, then living in Shanghai, to become group MD of John Brown South Africa. In China she’d worked on Women’s Health China and other lifestyle titles for Titan Media, and before that she worked as a publisher at New Media. She had also been the publisher of Shape and FitPregnancy at the now-defunct Touchline Media.

Carstens still flies to China three to four times a year to oversee the group’s Shanghai office, which falls under her management.

The recent growth spurt has seen the company grow form 15 people in December to 32 today, while revenues have grown by more than 100% year-on-year. The team is taking more office space and will have to deal with a knocking down of walls around them in between deadlines.

Carstens says that the company is focused on consolidating its latest gains and that its strategy is not chasing as many clients as possible. Instead, it will aim to win business from blue-chip category leaders.

It has also worked hard at becoming platform-agnostic, as publishers it will go where clients’ consumers are. Carstens builds teams around the editors – usually senior journalists or editors.

The Edgars Club pitch process started lasted nine months and John Brown’s first issue appears in October. The magazine will appear 11 times a year and feature 13 supplements, including four focused on men’s fashion. Edgars Club will be spun off from the main Edgars website and will have its own URL plus electronic magazine (based on a content management system John Brown is bringing in from London).

John Brown also takes responsibility for the club’s social media efforts. The new look is part of Edgars’ plans to reposition the retailer as a fashion-forward brand.

For the Discovery magazine pitch, John Brown redesigned the entire magazine back to front and sourced all the required content from local journalists. It then printed 25 copies of the magazine for the potential client. The new-look magazine launches in October – Discovery liked the dummy issue so much, most of it made it into the first issue of the October edition – including the rather stunning cover.

It will be produced three times a year but a new e-magazine will be published monthly.

John Brown SA is bringing the UK office’s Go Publish/Go Review to SA, which will see a significant part of the client approval process move online. Clients can make comments and recommendations on laid-out pages online via the system, resulting in fewer potential misunderstandings and approval mishaps.

Next John Brown is looking to invest in an in-house repro team – although that will probably only happen in the next year or so. All the content in each of its magazines is sourced locally.

While Carstens didn’t reveal financial figures, she says she is comfortable in claiming that John Brown is now in the top four, possibly even top three, content marketing firms in the country. The company is looking at following clients out of SA as they expand into the rest of the continent. Pick n Pay would be the one to watch as it ratchets up its expansion in the continent.