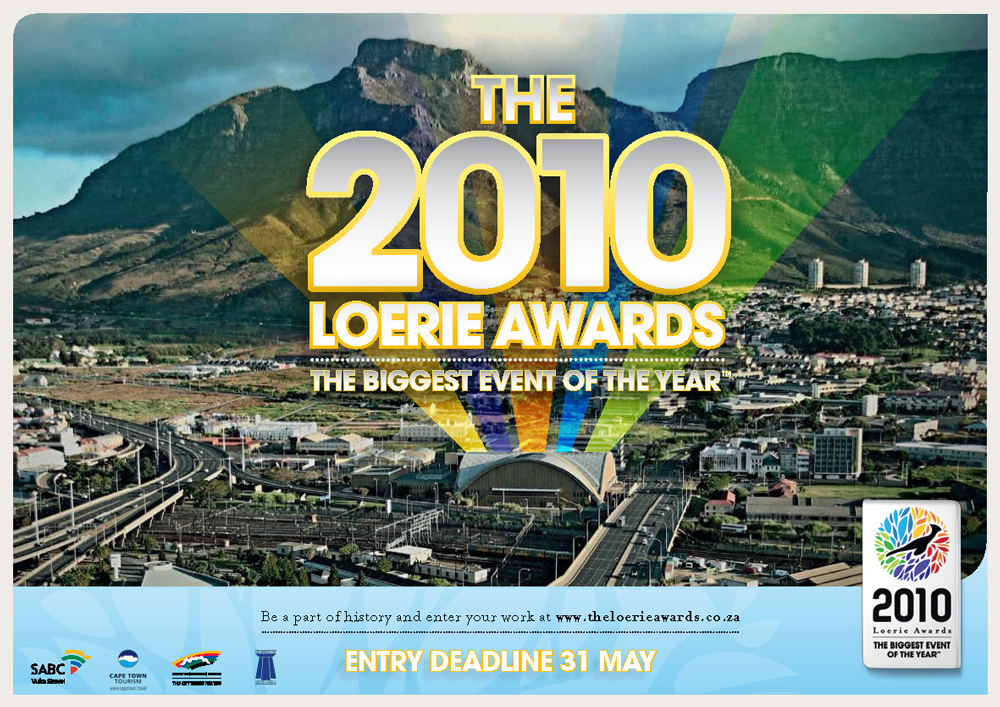 Loeries 2010: The biggest event of the year. The campaign theme for this years’ annual Loeries event, announced today, Monday, 15 March 2010, by CEO Andrew Human, is of course a tongue-in-cheek, if rather dry, reference to that ‘other’ biggest event of the year. Before those FIFA lawyers get their knickers in a knot again – Kulula-style – no part of the campaign actually ever mentions the FIFA World Cup or shows a football. It’s called having a sense of humour. Read my story and see all the creative on BizCommunity.