Luv Jozi – made in Joburg, China! (No really)

Designer Bradley Kirshenbaum of Love Jozi T-shirt fame has come up with a unique viral campaign over the course of the last two years that has been running under the nose of marketers and consumers alike without anybody realising it. In short – he faked his own brand. 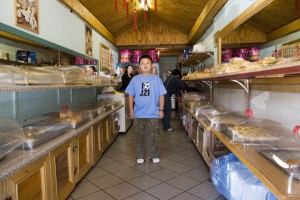 Bradley created a fake, much cheaper brand called ‘Luv Jozi’ on nasty t-shirts to make people think someone was copying his exclusive and sought after Love Jozi range with cheap Chinese imports. There was a fake, misspelled, logo and a fake website (with photography that seemed to be shot in China but really shot in Cyrildene) and Facebook page. The t-shirts were selling at robots, flea markets and city vendors as well as Chinese owned clothing shops downtown. A couple of blogs picked up on the story not realising the real brand was behind the fake one all along.

“We didn’t know whether to laugh or cry when we spotted these “Fongkongs” or rip-offs of local design label Love Jozi being sold blatantly in the streets of Johannesburg at a third of the price of the original,” wrote Represent, a local lifestyle blog.

“One of our very well known local suppliers Love Jozi has found itself in the grip of these criminal elements of late and have had their very slick urban wear ripped by a group called Luv Jozi who go around selling garments that are obviously stolen from our beloved Love Jozi,” wrote local fashion blog eSquared. “The fact 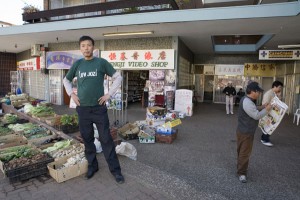 that these guys even have a website with Made in China all over it really pisses me off, did they think they could get away with this so easily?”

“We did it to draw attention to the original brand, Love Jozi, and to emphasise the quality of production and design of the real brand,” says Bradley. “Also to comment on the Department of Trade & Industry’s regulations at the time on retailers bringing in imported goods vs. goods made in SA.”

It was also part of a larger, long term, marketing campaign for a new range of cheaper and more accessible Love Jozi products. The graphics on these will remain Love Jozi classics such as the Jozi skyline, barbed wire writing and barcode, and is made with the same quality fabric as the original T-shirts, but the cut is a lot more basic and not as fashion forward as the mother brand. 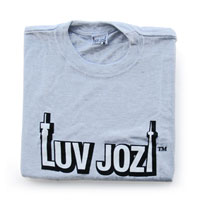 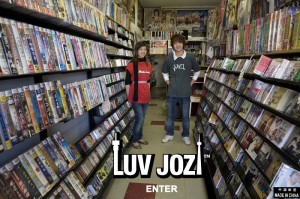