by Herman Manson (@marklives) We list the best-read media and marketing stories on MarkLives during 2017.

Over the course of two months, we asked a panel of agency leaders to discuss progress in how the marketing and advertising industries are transforming. The individual opinions flowing back to us made clear several factors highlighting the limits of the transformation project to date.

So, if we are disgruntled at the rate of progress in our industry, what do we do to change it? We need to proactively begin to get corporates to understand the value of working with black agencies, not to benefit their scorecard but to benefit their brands. Without buy-in on the demand side, we will continue to perpetuate the same norms and same beliefs that have kept the industry slow to transform.

Isn’t it strange that we’re asking this question when the proverbial workhorses have bolted? That we have had to wait to the point where senior black creatives are “disgruntled” to the point of leaving the big shops?

While the marketing and advertising industries may be transforming, it is doing so at a frustrating pace. The only way to know if an agency is capable is for the client to give it a chance to prove itself. Clients have to be willing to take the road less travelled if they truly believe in transformation. If we are to build a sustainable marketing industry, if transformation is to be more than talk, it cannot be business as usual.

Last year at Cannes Lions, a hot topic was sexism in advertising and the use of one-dimensional female stereotypes in the work produced by the broader industry. Industry giant Unilever even denounced this, and pledged to portray authentic, three-dimensional women personalities in its brand ads going forwards.

I would like this same understanding to be extended to all people of colour. Don’t reduce us to simply a group of people who sing and dance for consumables. Treat us like the multifaceted individuals and consumers we are.

Brands succeed when they break through in culture, and branding is a set of techniques designed to generate cultural relevance. What is culture? Simply put, it’s the customs and social behavior of a particular society. The best way to break through South African culture is to have a deep understanding of it from various perspectives. We need to embrace the society we live in, understand its people, and find meaningful and effective ways of communicating with them. Therein lies the true value of transformation.

In order for this discussion to move forward, the responses to the question need to be blunt. It has been 22 years since the first discussion on the very same topic. We’ve run out of time.

The larger advertising industry has not transformed. We can all say some progress has been made but, after 22 years, “some” is simply not good enough.

And the reason for this is simple; there is no will to transform. There is neither desire to right the wrongs of the past nor is there a willingness to share power and wealth. We have all been inundated with excuses. I say excuses because, 22 years ago, we had reasons; now they are just excuses.

On the face of it, South African advertising is transforming itself. Inside today’s ad agencies, you see lots of black faces and brown faces, as well as white. Often, however, transformation is only skin-deep. Go deeper and you encounter subtle forms of transformation apartheid.

With the issues spelled out, it’s time for the industry to collectively find the creative solutions to these problems — surely it can’t sell this service when failing to apply it to itself?

Few topics cut to the heart of the South African soul as powerfully as black economic empowerment (BEE). While we have all become comfortable with the term, the idea that contemporary South Africans are charged with the redress of decades — even centuries — of inequality remains a difficult and divisive one.

Going back in time and removing prejudice from our laws and society is not an option we have. Therefore, we must systematically intervene in the lives of those who were disadvantaged and give them some kind of requisite advantage now. If this is done right, we should be able to look more like a society where racism did not artificially hold people back.

This time, I bring you a collection of BEE myths and facts. Previously, I tried to make a case for why it’s is the right thing to do, as well as to give some guidelines on how to achieve success. In the course of doing that and over the past years, I have heard a lot of people say things about BEE which is not true — and not enough people saying things that are true. So keep this article handy for the next uncomfortable dinner party with your ill-informed relatives.

This piece is not for people who are outraged by black economic empowerment (BEE) or who actively believe that black people do not deserve any kind of redress. Those people aren’t even in the starting blocks. They require both a history lesson and a serious examination of their conscience. This piece is for those who desire transformation but for whom it keeps feeling just out of reach.

Yes, this is another series about transformation. No, it’s not a rant. Yes, it’s going to be controversial.

Black people might find the awkwardness of ‘white people smiles’ in the office a lot more awkward, and white people might start wondering if young black creatives really are ‘gathering’ to talk about fashion and music, or if they’re plotting the next #ThingThatMustFall. But, ladies and gentlemen of the advertising industry, I put it to you that, while this series of articles is going to be challenging and, at times, as comfortable as a turbulent flight back from the Loeries after starring in your own version of The Hangover — thank goodness for sickness bags — in the end, we’ll have a platform where we can talk about the black elephant in the room in a constructive way.

Before we get into what we need to do with the elephant, we need to understand why it’s there in the first place. Fortunately, there are some valid reasons for the need for transformation, and how as a nation we got to this point. Here are a few that will help contextualise our current economic climate.

I am a pragmatic utopian. I work towards a utopia where we all get along and sing kumbaya around the proverbial campfire. I also know that the current context is far from this ideal, so I straddle the line between our sometimes-harsh reality of, in this case, gender and racial imbalance, and a utopia where we are all genderless, raceless unicorns doing amazing boundary-pushing work. What does this mean in my day-to-day life as the CEO of a global agency group in present-day South Africa? How does this approach keep us relevant today and fluent in tomorrow?

What were the expectations of South Africa’s marketing and advertising leaders for the industry in 2017? We emailed a panel of key industry executives for their take on the macro environment, budgets, changes in messaging, movement in the industry and consumer and any communication trends they would be looking out for.

Our stories analysing the quarterly magazine and newspaper circulation data released by the ABC, as well as our Big Magazine and Newspaper lists, were among the top-read features published during 2017. 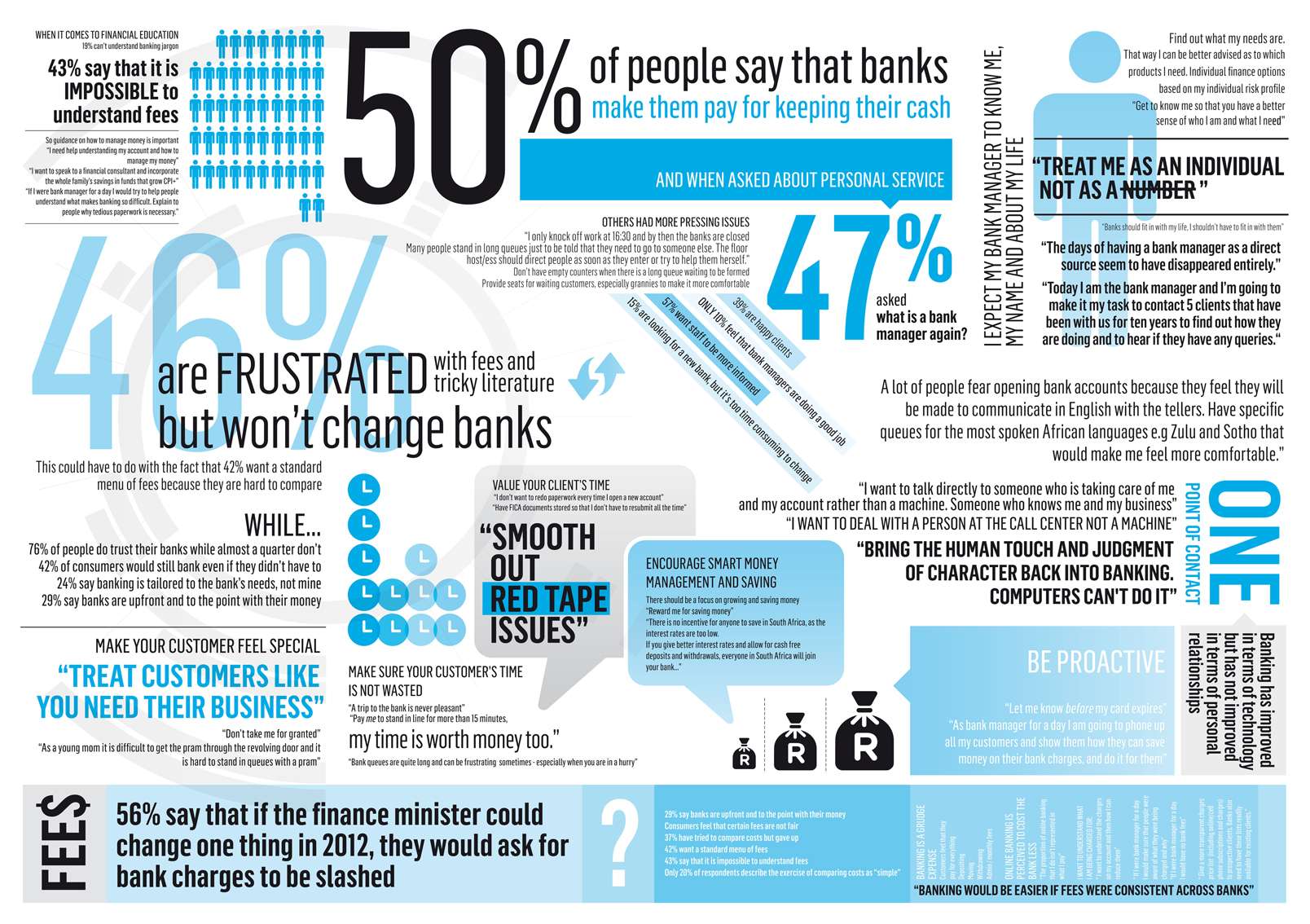 “Consumer discontent opened up the market for this ‘straight talking organisation’, according to Carl Fischer, Head Executive of Marketing and Corporate Affairs at Capitec. Fischer says he has no idea how the Big 4 justify their costs and business practices and, increasingly, consumers don’t either. Capitec wants to change banking ‘like Kulula.com changed the airline market’, says Fischer. That is – it wants to bring about fundamental change to this market.”

6. Salary Survey: Who earns what in adland & marketing in South Africa

Nielsen Sub-Saharan Africa released its list of the top 50 advertisers in South Africa for 2016, covering cinema, direct mail, out of home, print, radio and TV, and excluding self-promotion and internet. We compare it to the 2015 figures.

Professional industry bodies either need to act on or throw away the charters on which they have built their relevance and credibility [they acted — ed].

I am writing this letter to you as a black woman who has worked for you short of three years, and in my time here I have experienced how hostile, violent and resistant you are to the black female creative voice.

As a black female body entering the advertising space, regardless of skill and abilities, it is made very clear from the onset that I am just an HR tick box.