Big Q: “Some” transformation is simply not good enough

by MarkLives (@marklives) The marketing and advertising industries are transforming. So why are so many black professionals disgruntled with the rate of progress? And is the quality of most of the work specifically directed at a black audiences still sub-par? We emailed a panel of key industry executives for their take. Next up is Ahmed Tilly of FCB Africa. 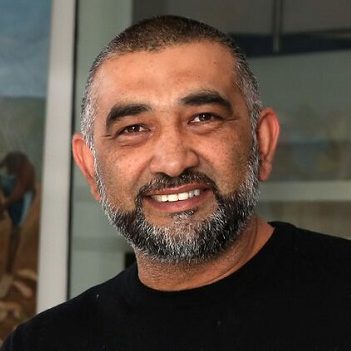 Ahmed Tilly (@AhmedTilly) has been in the business of ideas for just over 20 years. Recently appointed joint CCO at FCB Africa, he was runner-up Most Admired Creative Leader in South Africa and joint Most Admired Creative Leader in Jozi in 2016, according to our MarkLives Agency Leaders’ Most Admired poll. Tilly, who left the agency he co-founded, Black River FC, to join fast-growing FCB in late 2016, is best-known for work he did on Nando’s, including the iconic “Last Dictator Standing” — MarkLives Ad of the Year for 2012 — and the Nando’s diversity advert. The transformation of the South African advertising industry and the country as a whole is something he has always championed for.

In order for this discussion to move forward, the responses to the question need to be blunt. It has been 22 years since the first discussion on the very same topic. We’ve run out of time.

The larger advertising industry has not transformed. We can all say some progress has been made but, after 22 years, “some” is simply not good enough.

And the reason for this is simple; there is no will to transform. There is neither desire to right the wrongs of the past nor is there a willingness to share power and wealth. We have all been inundated with excuses. I say excuses because, 22 years ago, we had reasons; now they are just excuses.

Boardrooms are too white — agency boardrooms

If you look around, you will find that, in most agencies in the country, if there is a black creative director, there’s always a white executive creative director. If the agency has a black ECD, the chief creative officer is still white. Power and control have not been transferred. One step down: creative teams in agencies are still largely skewed towards white talent. Twenty-two years later. It’s unacceptable. It’s not 1994. The work is still generally developed by white creatives, approved or rejected by white CDs, presented to white clients for a black audience. A population that comprises of 80% black people! This makes no sense to me at all.

The clients are predominantly white, too. It doesn’t matter how many black brand managers and marketing managers there are. Where are the black marketing directors? The black MDs and CEOs? As a result, there is no pressure been applied by companies onto their agencies to force change, either.

The work is vanilla

With clients also white, how is it possible to produce marketing that is incisive and insightful for a black audience?

This clearly is reflected in the work we see around us — “vanilla”. By “vanilla” I mean neither nuanced for the audience, nor exciting. Nothing breakthrough has ever come from caution and ignorance. It is no surprise that creative output is uninspiring when the decision-makers have to second-guess what the audience will love and, in most cases, the super-sensitivity around what may offend that audience.

Work that is designed to charm a black, South African audience cannot be fairly assessed by white individuals.

Black advertising professionals have seen all of this first-hand, for years. They have experienced the inappropriate comments made in boardrooms. They have heard first-hand the gross ignorance with regards to black audiences. No amount of “immersion-sessions” and “field trips into townships” will be enough. Black advertising professionals have seen the limitations for growth to the very top. It is demoralising. Opportunities to the corner office are limited and a history that spans 22 years has proven this. And I haven’t even started to talk about the very necessary equity discussion. Why would they stay in an industry that refuses to transform?

Is my opinion radical? Perhaps. I’m okay with that. I have always stressed that a transformed industry will help transform a country and, ultimately, a more-united population overall. The workplace is an incubator that forces people to learn about and understand each other. The workplace is where the country really transforms. I have never espoused an exclusionary culture in terms of diversity. I have never propagated that there is no place for white professionals in our industry.

The need to be normalised

However, I have always believed that the country and the industry need to be normalised before it can move forward. And it hasn’t. I believe that a transformed industry will be a more-robust industry with more work for everyone. White and black. I believe that diversity is a beautiful thing. A place for all. But, if there is resistance to change, a stubbornness to hand over, a reluctance to share the wealth and the power, spaces in the industry will be limited.

If you’re reading this as an agency leader or as a CEO of a company that is not transformed, be radical in your approach. Your “reasons” had a time limit. That time limit has passed. Transform now. If you haven’t, try harder. No one is interested in your excuses anymore.

12 Responses to “Big Q: “Some” transformation is simply not good enough”