by MarkLives (@marklives) What are the expectations of South Africa’s marketing and advertising leaders for the industry in 2017? We emailed a panel of key industry executives for their take on the macro environment, budgets, changes in messaging, movement in the industry and consumer and any communication trends they’ll be looking out for. First up is Jarred Cinman of VML Y&R Africa Group. 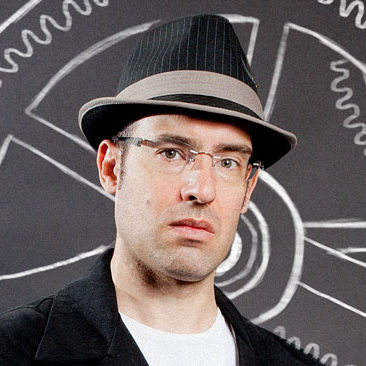 Jarred Cinman (@jarredcinman) is a longstanding member of the South African digital industry, having founded one of the first professional web service firms, VWV, in 1995 and the chair of the Interactive Advertising Bureau (IAB) South Africa until 2016. In 2010, his company Cambrient merged with Stonewall+ Digital Marketing and Brandsh to form NATIVE, now NATIVE VML and part of the VML Y&R Africa Group. These days, Jarred is co-chief operating officer at VML Y&R Africa Group.

I’m not sure what is harder to digest at the time of writing: that 2016 is almost over, or that 2016 marked 20 years since I entered the digital marketing industry. Neither sits comfortably. In my mind, I’m still young and it’s still January and the future is wide open. This, though, turns out to be just the frame of mind one needs going into 2017. As always, we stand on the brink of great changes and shifts in advertising and marketing, cocooned within even greater shifts in the society, country and world around us.

Let’s start with the local industry.

2016 was a time of much turmoil and upheaval. We saw some big and iconic agencies shrinking, struggling and changing. Some (such as Quirk) were swallowed up by their parent agencies. Some (such as The Jupiter Drawing Room Joburg) seemed to disappear altogether. And many, many accounts moved.

2016 was a year of mega-pitches — and where there is a pitch, there is one winner and many losers. For the victors, such as FCB Africa which snagged the enormous Absa B2C account, King James Group which won Pick n Pay or the Y&R SA network which got Edgars and Amstel, it was celebrations and a hiring frenzy. (Disclaimer: NATIVE VML is now integrated with Y&R SA.)

So that makes 2017 a year of proving ourselves. Clients with brand-spanking new agencies are expecting the magic they were promised in the pitch. So expect to see a flurry of exciting and challenging new work, and a bold attempt to reposition some familiar brands.

Integration is the buzzword. Clients are finally tiring of trying to manage messy rosters and opting to place their business with a single, integrated agency. This has led to a lot of turf warfare, as shared accounts have become battlefields where digital people try to prove they can make TV ads and traditional people that they can post to Twitter.

The continued downward pressure on budgets and margins is very real and very tricky. Pitch and fee consultancies, to say nothing of clients themselves struggling with a stagnant economy and embattled currency, are axing fees and challenging assumptions. The word “junior” has become synonymous with cost-savings. Discounts and risk-and-reward schemes are everywhere. Ah, the romance of Mad Men has indeed gone, never to return.

Of course, this climate also spells opportunity. For agencies that can adapt to being business partners and not merely creative shops, which can influence not just communications but product and service, and can become integral to business transformation, the future is bright. This is not lost on the consulting firms such as Deloitte and Accenture — which are rapidly becoming some of the biggest players in marketing globally and at home.

How our economy performs has a lot to say about how our industry performs. There is a lot of bleak news out there but, every now and again, our South African tendency to roll up our sleeves and get shit sorted out pokes through. If we can hold back the dark forces that seem intent on destroying the hard-fought gains of the last 20 years, perhaps we may once again stand as the shining light on the continent and refocus on becoming an economic success story.

Technology continues to bewilder and amaze us. In 2017, it’s likely that digital media buying will settle into a largely programmatic mode, as it has in most parts of the world. That spells challenges for local publishers and for agencies which don’t understand this new world order. Some interesting new programmatic players in the local market, however, may represent a real response to global publishers at last.

We know that virtual reality, wearables, the “internet of things” (IoT), driverless cars and artificial intelligence are all imminent. How imminent we don’t know, particularly in SA where we still don’t have cheap internet or, let’s face it, running water for a large part of the population. Still, you may expect to see at least some meaningful movement in all of these areas next year, with ad agencies enthusiastically trying to sell cars and soap to people wearing massive goggles and gaping at the roof like idiots.

Which only leaves me to wonder: what am I looking forward to in 2017?

I still believe, despite my infamous cynicism, that advertising can change society for the better. Brave brands, passionate agencies and incredible technology can intersect to shift the currents. I don’t see enough of that but I do see enough to convince me that it is possible. It’s also necessary, because consumers care less and less each day about boring, irrelevant, irritating messaging that is easier to block than to endure.

The billions that are sunk in the communications industry can be deployed to make our society enviable, caring and successful. It is all of our jobs to do so and I do think the stars are aligned such that some will get this right. I hope to end 2017 proud to be a part of this ambitious and creative business we find ourselves in.