by Lynn Madeley (@LynnMadeley) The transformation conversation in marketing and communications in South Africa has been confined to mostly black stalwart ad executives; there’s been much less engagement from us white ad execs. Now, the latter could be because of one of two reasons.

One could be that the white execs think this topic should be led by black execs so they pass on the proverbial mic to them and give them the space to lead. The other reason could be, and it’s possibly the truer one, that the silence from us white execs is our disinterest in the matter. Ivan Moroke, CEO of Co-Currency, calls it “copping out”. This, frankly, does nothing to move the needle, and stagnates an industry that will most definitely become stronger if we get transformation right.

For an issue that many of us white execs continuously say we must get over and move on from, we are certainly not future-casting. If we must get over it, then we must be active and speed up this process so that we sooner get to where we want to be as a country.

I am a pragmatic utopian. I work towards a utopia where we all get along and sing kumbaya around the proverbial campfire. I also know that the current context is far from this ideal, so I straddle the line between our sometimes-harsh reality of, in this case, gender and racial imbalance, and a utopia where we are all genderless, raceless unicorns doing amazing boundary-pushing work. What does this mean in my day-to-day life as the CEO of a global agency group in present-day South Africa? How does this approach keep us relevant today and fluent in tomorrow?

The new BBBEE codes may be steep, but they are not unfair — it’s about time. We’ve been dragging our feet in effecting this diversity and these amended codes are the result of our complacency. It’s unfortunate that we’ve had to be strong-armed into being more diverse in our agency businesses but we left the powers-that-be little choice. While the requirements of this charter may not necessarily change attitudes towards transformation, they will influence actions, and our actions have the most impact.

I am a firm believer that agencies should be a microcosm of the world around them, that they should mimic the dynamism of their consumer landscape. Let’s be literal about it for a second. We live in a country that has 80% black people. What that means is that in our agencies, across all levels of management and execution staff, 80% of our people should be black talent.

Beyond the literal, being a microcosm of the world within which we exist also means changing our approach to work. It means understanding the consumer landscape morphs and warps and evolves. It means that we become intimately mindful of the nuances that make up the consumer’s various lived experiences because, without that, we miss and omit important cultural markers and memes, and cracks will exist in our work. Mimicking that dynamic landscape means obsessively tracking the consumer, and ensuring that we thoroughly understand what they engage with, when and how, where and for how long, with whom and why. It’s the first step to doing great work in this day and age.

A question of ethics

In SA, it’s safe to say that racial diversity is an ethics question; and I don’t have to take you through the annals of history to explain why. But it has also long been a business question. When we mimic our consumer landscape, as agencies, we become bastions of diversity because South Africans come in many shapes and sizes. If our teams are that, the output of our insight-mining will always give varied answers. The work that comes from those diverse teams will be more representative and, as a result, more engaging to our consumers as a multitude of perspectives have influenced the work. That, however, is only possible if, in this good mix of talent, platforms are availed for voices to be heard. Otherwise, what good is it to have 80% black talent and not listen to them?

When McDonald’s hired Tom Burrell’s agency, then called Burrell McBain in the ’70s and now Burrell Communications, which was the first-ever ‘black agency,’ it engaged and effectively grew McDonald’s in black communities in ways that ad agencies of that time had failed to do. Diversity makes business sense.

So, with that said, how do we fix the plane while flying it?

I’ve heard too many times that there is not enough black talent, especially senior talent, but, in truth, we’ve not done enough to nurture, support and grow black talent. We’ve not mentored enough, coached enough and trained enough. We need to be deliberate about it. Simply put, we need to do more to encourage black talent into the industry and, once there, we need to grow and ensure they stay in an industry that badly needs them. 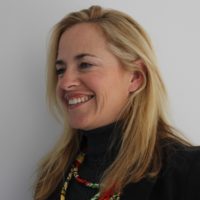 Lynn Madeley (@LynnMadeley), CEO of Havas Southern Africa, has had two careers: one as an international horse rider and another as an ad exec. She has worked for the likes of Saatchi & Saatchi in London and Hong Kong, Ogilvy in Botswana and, in South Africa, was with Lowe before she joined Havas Worldwide Johannesburg, previously known as Euro RSCG South Africa, to run its  SA operation in 2007. Lynn is a member of the ACA Remuneration Committee and also sits on the appeals panel of the Advertising Standards Authority.