By Kim Penstone Working in the world of advertising, especially in South Africa, breeds a certain toughness of spirit, a die-hard attitude that is seldom found in other industries. So it shouldn’t come as a surprise to hear The Jupiter Drawing Room (JHB) CEO Alison Deeb describe the current state of affairs at the agency, post the soul-destroying loss of the Edcon account in March this year, as “very exciting”.

Make no mistake, she is plainly devastated by the loss of an account that is one of the top ten spenders in South Africa, and more so by the 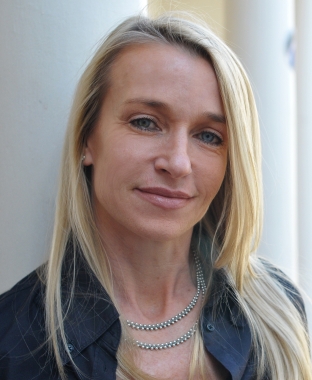 forced retrenchment of over 60 members of staff (and another 20 freelancers). But this is advertising. And as the head of a business that understands the importance of brand image, Deeb is determined to restore confidence in the Jupiter brand – both from within and without.

Edcon announced in December last year that it was putting its business out to pitch. At the time, TJDR Johannesburg handled the account through two streams: the discount division (incorporating Jet, Jet Mart, Jet Shoes Discom and Legit) and the Edgars department store division (Edgars, Boardmans and Red Square). TJDR Johannesburg had managed the discount division for 14 years, and the department store division for seven – the only agency in recent years that had managed to hold onto this particular account for over three years. Each stream employed a team of 40 people.

In March, Edcon awarded the discount division to Joe Public, while the department store division has since been taken over by M&C Saatchi Abel.

“Losing Edcon was a huge blow for us,” says Deeb, not least because it put the business under immense pressure and resulted in a staff cutback from 200 to 140, but also because of the psychological impact on the staff that remain.

Compounding the impact of this move was the shock decision by Woolworths to terminate its contract with TJDR Cape Town. Although the Cape Town and Johannesburg branches of TJDR operate independently, the impact on the Jupiter brand was palpable.

“It’s not easy to manage a crisis of this scale, but we’re confident that we did it to the best of our ability, with complete transparency and absolute honesty. And we are humbled by how well those most affected managed the situation,” says Deeb, commenting that there was very little bad mouthing of the agency, which is unusual.

One of the reasons why Deeb is excited is that this ‘new start’ (forced though it may be) allows the new exco team to create something new together.

“I am confident we have what it takes at both a management and talent level,” she says. “We have a brilliant team, we’re a generally happy and optimistic bunch – and we’re very resilient!”

It’s also worth remembering that TJDR Johannesburg is still the home of some top level accounts – the likes of Absa and MTN, both of which it has held for seven years, the juice portfolio for Coca-Cola, Castle Lite, and PPC.

In addition, the day after the Edcon announcement, the agency won two new pieces of business – Zimbabwe based African QSR (quick-service restaurant ) sensation Innscor, which operates the likes of Chicken Inn, Pizza Inn and Bakers Inn, and Deeb assures us is bigger than Famous Brands in Zimbabwe alone; and the SA Reserve Bank (together with TCF).

Both wins are significant for the agency because they signal a new direction for the agency – into Africa, and into the government sector. It goes without saying that the agency has a great grounding in Africa, through MTN, but Deeb believes there’s still enormous room for growth north of our borders.

“We also believe that there’s enormous opportunity in the government sector, and are determined to build up our credentials in this sector, because it definitely requires specialist skills and people,” says Deeb.

In addition, she confirms that the agency is sniffing around a small retail fashion brand, because it has the understanding and skills gained through working on Edcon. And it’s on the lookout for brave, marketing-led brands that will allow the agency to do what it does best – create work that works.

“The positive spin on our forced downsize is that clients now see us small, nimble and hungry – which we are!” she says.

Mash up to move on

In a bid to take this hunger to the troops at the agency, Deeb and her exco initiated an internal restructure of the business – affectionately referred to as ‘Mash Up’.

“We believe that the best way to regain both our spirit, and a portion of the business that we lost, is to give our people ownership of their work, and the associated accountability.”
She adds that it’s also about having ‘more skin in the game’. More and more, TJDR Johannesburg is earning a significant portion of its revenue based on client results. It’s important that the teams creating the work understand the importance that the work, well, works.

The idea is to allow Jupiter staffers to create their own full service teams, with their own clients, own targets, own budgets. They choose their own teams, they choose where to sit, they pitch to the exco for clients – and they are also empowered to seek new business.
“It’s about building an entrepreneurial spirit among our staff, allowing them to take some of the power back into their own hands,” says Deeb.

After all, TJDR does not have the luxury of international clients which are so often the bread and butter for local agencies. It is, at heart, a South African agency and if it is going to survive and thrive in the future, it needs to foster this very South African trait.