Gotz, who wasn’t a member of the previous board, was elected as chair by his peers, into a seat that goes up for election every two years. 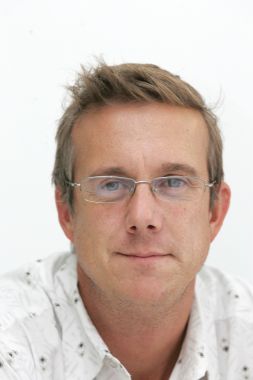 Creative circle members hold a ballot to vote for the top creatives in the country off a list of people whose work has been recognised through industry awards and the members at the top of the list are invited to serve on the Creative Circle board. For the position of Chair a second ballot with the name of their nominee is submitted by member Creative Directors – Gotz received the most nominations with the last election late last year.

Not coming in from the previous board gives him an outsiders view, he believes, something many in the industry would welcome given the Creative Circle’s sometimes rather staid reputation in the broader market.

Part of that reputation stems from lack of insight into the role the Creative Circle has defined for itself, which centres around raising and maintaining high standards of creativity in advertising, providing input into official industry bodies like the ACA and ASA and endorsing appropriate local and international ad awards for South African agencies to enter into (currently these are the Creative Circle Monthly Awards, Ad of Year, Cannes Lions, D&AD, the Clios, the One Show, The Loerie Awards and The Eagle Awards).

Partly it has to do with the election mechanism which votes the top awarded creatives onto the board, and because reputations are established over decades (and some agencies spend more money on entering award shows than others), the impression is created that the same people run the Creative Circle year in and year out, leaving little space for new blood.

On this point Gotz’s election hopefully shows change is possible with the current voting system, but whether it’s the rule or the exception remains to be seen. Of the remainder of the new committee, numbering seventeen without Gotz, three are new members (Jonathan Beggs, Graeme Jenner and Kamogelo Sesing) while a fourth, John Davenport, rejoins the exco after an absence.

Gotz has identified greater engagement with the broader marketing and communications industry in highlighting the value creativity offers in finding solutions to business problems as a key point of strategy the Creative Circle needs to pursue. Many of the world’s most successful brands celebrate creativity, not least Apple and Coca-Cola, to name two examples. A culture of creativity inside organisations often helps lead them to success as with Google, a point Gotz believes the Creative Circle should be highlighting to everyone.

Gotz will further focus on industry transformation during his tenure saying that people in agencies should tell relevant stories to the broadest possible range of South Africans and that creative departments especially does not yet reflect the demographic make-up of the country’s population. That said, the industry being relative small numbers wise, it should not be that difficult to transform, and the Creative Circle is committed to implementing strategic initiatives to speed up that process.

While it used to provide AAA bursaries it decided to change course under the previous chair Brett Morris, and Creative Circle member companies will now be offering ten students from The Imagination Lab,  an outreach programme started by Vega, paid internships inside their agencies. Numbers of available internships will increase as the programme settles in and with its focus on creative departments Gotz believes the initiative will quicken the pace of transformation here.

Gotz admits that the advertising industry’s awards culture has worked against it. But awards themselves are changing, say Gotz, to integrate results into the judging process, and are increasingly marrying effectiveness and creativity. This sets the case for creativity as a positive correlation between the two can now be highlighted. Locally the results from the results focussed Apex awards and the more creatively inclined Loerie Awards are also starting to mirror one another, says Gotz.

Gotz also hopes to expand the membership for the Creative Circle, membership fees work on a sliding scale with large agencies paying R16,500 a year, medium sized agencies R13,200 a year and small agencies (fewer than 10 people or just starting up) R6,600 a year.

Gotz says now is an exciting time for creativity across the spectrum – from advertising to architecture. The role of the Creative Circle in celebrating the value of creativity becomes easier in one sense, while managing its relevance in a time when creativity flourishes all around it and across so many industries, becomes more urgent.

– Who will land the next big advertising account? Stay in the know – subscribe to our weekly mailer! –