by Herman Manson (@marklives) Cape Town headquartered agency ninety9cents has landed the ATL Capitec account* – probably the most exciting banking brand any agency can hope to work on. Capitec, it’s estimated, spends R80 – R100 million on advertising through a year. 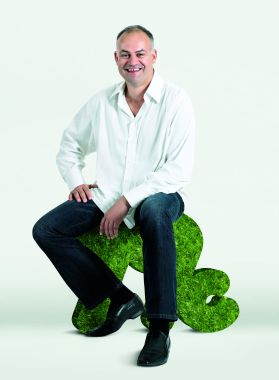 has exceeded 40%. Revenue now stands at around R59 million.

Andrew Brand, MD of ninety9cents, says Capitec is a perfect fit for the agency, which has extensive retail experience through its work with Checkers and Ackermans. Carl Fischer, Head Executive of Marketing and Corporate Affairs at Capitec, is on record as saying “We do not think like bankers. We think like retailers.”

Capitec was launched in 2001 and built its banking infrastructure on the back of its original micro-credit business. Since 2006 it has been repositioning itself in the broader market emerging as a challenger brand to the big four South African banks.

The bank is also known for its straight talk and dislike of unnecessary frills – a culture it shares with ninety9cents. The first radio work with the new agency is already out.

Capitec faces challenges similar to those Checkers and Ackermans faced a couple of years ago – changing consumer perceptions of the brand so that it appeals to a broad audience and without seeming downmarket to its more affluent customer base.

Ninety9cents launched in 2008 with Checkers as its founding client. Incidentally – Brand and his team won the Checkers account from what was then Berry Bush/BBDO Cape Town back in 2008.

It has since expanded its client base to include Ackermans, whose CI it redeveloped in March this year, John Dory’s, brands in the Distell group, Digicape, Puma and now Capitec, amongst others.

The work on Checkers (which spends around R450 million a year on advertising) has also been evolving and is focussed on the key delivery areas for the brand such as wine, its butcheries and its cheese section. The Checkers in-house wine brand, Odd Bins, has emerged as a Top 10 liquor brand in the country in terms of volume sold. Checkers has been stealing market share from rival Pick n Pay and has seen its basket size increasing.

Brand says the agency takes a business orientated approach to finding solutions to client problems – he has even gone on trips with buyers from Ackermans to better understand their business.

Ninety9cents landed the Capitec business after an initial meet and greet in early February and was asked to do work on one of their campaigns. They were appointed on the back of the work done. Brand says the agency is looking for appoint ten new people.

The agency has also been beefing up its digital offering which now consists of a team of six. It also works closely with digital specialists where they the client prefers – Capitec for example has Quirk handle its digital account.

Brand says although the agency is best known for its retail work, and that he finds it flattering that its success in this field makes people believe ninety9cents is a retail agency, the agency produces a much broader scope of work. ‘We have already proved we are not a one trick pony,” says Brand.

— Who will land the next big advertising account? Stay in the know – subscribe to our weekly mailer! —

* The Capitec account was formerly managed on a project basis by 140 BBDO and its MD,  Eric D’Oliveira, says the two parties finally separated on mutual agreement. No staff is being retrenched.