The keys to BlackBerry’s revival

by Arthur Goldstuck (@art2gee) In the new BlackBerry 10 operating system unveiled last week, Research in Motion is drawing on the powerful legacy of its cutting edge keypad technology.

Last week, Thorsten Heins walked out onto a stage in Orlan 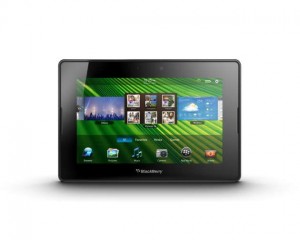 do, Florida, knowing that his words in the next hour would define the future of his company.

It was the annual BlackBerry World conference, where Research in Motion (RIM) usually announces its new product releases, and the BlackBerry roadmap for the near future. But this year, the CEO also had to convince the audience that the company even had a future.

Heins must have felt as if he had a rabbit ready to pull out of the hat. Minutes into his speech, he whisked out a prototype phone which, he said, runs the kind of applications that will be available on the next generation of BlackBerry phones. As he waved it front of the audience, one might have been forgiven for thinking he was trying to wave a magic wand to make all RIM’s troubles disappear.

At first sight, it did seem pure magic. The prototype, referred to as Dev Alpha , looks more like an iPhone than anything else, but that is only the facade. Its intention is not to display BlackBerry hardware, but to demonstrate how its new operating system, BlackBerry 10, will function on the next generation of phones.

The real rabbit Heins pulled out of the hat was a demonstration of a virtual keyboard that adapts to the user’s typing.  No, not predictive text or auto-correct, as we’ve had on phones for many years, but an entire keyboard that shifts position and adjusts key sizes as it senses the user’s more dainty or more clumsy hand movements.

A predictive text function is included – but on seeming steroids. Rather than guess the word you’re typing halfway into the word, the computer in the phone scans the words already typed, and draws on a database of related words as the user types the first letter of each word. The longer you use this “learning keyboard,” the more it adapts to your style of both writing and typing.

There are other features too, but it is this cutting edge approach to keyboard technology that will resonate most powerfully with BlackBerry users. The brand has been associated with mobile messaging since it emerged on the market more than a decade ago, and especially since it created the first widely used smartphone.

While it has fallen far behind in the smartphone market, its email and instant messaging funtions remain the most powerful on the market. It is this positioning – and legacy – that is being harnessed for the BlackBerry of the future.

As RIM’s software head Vivek Bhardwaj commented on the device, “When you see the keyboard, you should be able to say: that’s a BlackBerry.”

Even with a learning keyboard, however, not everyone wants virtual typing. Heins acknowledged this at a press briefing the following day, where he confirmed that the physical keypad with which BlackBerry has also long been associated will live on in alternative models.

There, too, BlackBerry appears to have learned from past success.

Right now, the low-end Curve 8520 is the single most popular smartphone model in three of the world’s most populous countries: Indonesia, Mexico and Nigeria. And in South Africa. Here, it makes up almost half of all BlackBerry sales, with the rest splintered between a range of models.

The key to its success in these markets is the fact that smartphone penetration is still exceptionally low in all of them – but is about to accelerate in a way that will fundamentally alter the market. If BlackBerry is able to maintain its positioning in the developing world as an aspirational brand, it will take a huge chunk of the new market.

Almost unnoticed in the rest of the world, BlackBerry has also released a low-cost new Curve, the 9220, only for the Indian market. Here, too, it has a potential growth path that will make its current slumping market share seem like a bad dream.

BlackBerry has not fully risen from its sickbed yet, but the vital signs are more positive than they have been in nearly two years.