Matthew Bull, former chief creative officer of Lowe & Partners (an Interpublic Group company) and founder of South African agency Lowe Bull, has teamed up with Andrew Whitehouse, executive creative director at FoxP2, to launch a New-York-based agency, The Bull-White House, which will be a sister agency to South Africa’s FoxP2.

The Bull-White House is being backed by MDC Partners, a company known for its holdings in the marketing communication sector, and whose investments include stakes in agencies such Crispin Porter and Bogusky, Anamoloy, 72 and Sunny, as well as Kirshenbaum Bond Senecal + Partners. 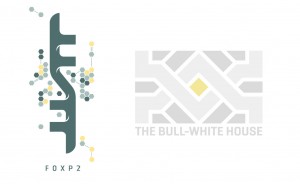 The backing of MDC Partners plays a key role in getting the new agency off the ground, says Bull, “because it gives us street cred pretty quickly, but also because they are a like-minded company, unlike the other banks that own advertising agencies.”

Whitehouse joins Bull in New York in October 2011. The agency launches with a beer brand from AB Inbev (the brewers of Stella Artois, Beck’s and Budweiser) and social media company Syncapse as its first clients. Whitehouse will maintain a stake in both FoxP2 and The Bull-White House.

The agency name is a play on those of Bull and Whitehouse (and will allow them to shout “I’m in Da House!” whenever they get into the office, jokes Bull).

Whitehouse was one of the founders of FoxP2, which is considered one of SA’s most creative agencies – it finished on top of the rankings at the recently-held Loerie Awards. Justin Gomes, another co-founder and creative director of FoxP2, stays with the local agency.

Gomes and Whitehouse are often viewed as a single creative force. Whitehouse says he has been gradually withdrawing from the local agency over the past year as the partners prepared for his move to the US.

Gomes and Whitehouse established their creative partnership in 2000 at Lowe Bull Johannesburg, where they came up with the revolutionary campaign which would remake the fortunes for Dulux. Both were later headhunted by TBWA Paris before they moved to Lowe New York.

Whitehouse was approached by Bull about a year ago with a proposal to help set up a new shop in New York. FoxP2 will give The Bull-White House access to SA creative talent, which Whitehouse describes as “fresh, hungry creative” through a regular resource swop. FoxP2 staff is expected to visit and work at the NY agency and vice versa.

Both agencies are excited about the deal, says Whitehouse, who stresses the move is a positive for FoxP2, rather than a loss. FoxP2 MD Charl Thom agrees, saying the local agency is well-established and has been ready for change.

The partnership between FoxP2 and The Bull-White House is a practical and emotional one, rather than one involving a shareholding, confirms Bull, who also says FoxP2’s independence is one of its core strengths.

“FoxP2 is at a point now where our SA business structure and product offering is extremely well-established,” says Thom in the media statement announcing the news, which broke in the US and in SA within a few hours of each other. “We’ve been very measured in our growth, but with our recent new business wins and award showings, the timing feels right to broaden our horizons.”

According to Bull, his journey towards The Bull-White House started when he sat down for drinks with Chuck Porter, chairman of Crispin Porter and Bogusky and chief strategist at MDC Partners. Being an entrepreneur at heart but working for others he had been unhappy for some time. Explaining this to Porter, Porter asked him what he really wanted to do then, and Bull answered that he wanted to open his own shop in New York.

Porter answered Bull then and there that MDC Partners would want to build that agency with him. A meeting with MDC Partners CEO Miles Nadal followed and the rest is history in the making.

Bull and Whitehouse is joined by Lee Davis, a former group account director at Wieden + Kennedy in New York and ex-new business director at JWT New York, and a young creative team. The Bull-White House will initially be based in New York’s West Village before moving to new premises on 24st between 5th and 6th Ave.