Homelessness On the Up and Up in Fast Food Advertising

Industry rumour has it that emerging fast food chain, Smaaklik, is set to launch a new ad campaign that pushes the use of the homeless in fast food advertising to new levels. Capitalising on the success of a Debonairs campaign a few years back (2004 in fact), which cunningly leveraged iconic imagery of homeless people to sell pizzas, the Smaaklik campaign will feature happy consumers scoffing hamburgers and chips in a park full of starving homeless people. 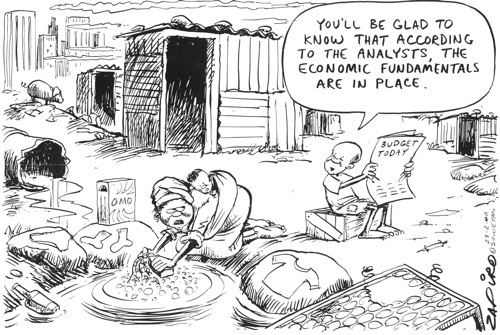 The central device of the campaign will be the juxtaposition of glistening fast food with a homeless lady picking in the grass for scraps. Just as the lady is about to keel over through exhaustion, one of the consumers throws her a crust of his burger, pauses, and then rushes off his seat to grab it out of her mouth and eat it himself.

The pay off line will be: It’s so good, there’s NO sharing.

‘It’s a smart move by Smaaklik,’ says Tomlin Harris, strategic consultant at CBA Ford Smith Jones and Broadbent. ‘But we must recognise that Debonairs paved the way for the use of the homeless in fast food advertising. Their brilliance was to realise that it’s a highly emotional moment when you walk out of the restaurant clutching bags full of food to be faced with the hunger and poverty of a homeless person. By isolating this moment they were able to leverage it and turn it into a uniquely impactful advertising device. So if the rumours about Smaaklik’s new campaign are true, they do owe a conceptual debt to the ones who got there first.’

Some may have been surprised, even shocked, by the introduction of homeless people into the advertising of luxury food items, but Harris believes this shock factor can only benefit brands.

‘Yes, it is shocking. But isn’t that what good advertising is all about? We should also consider the relevance of the theme – homelessness is something that all South Africans face on a daily basis. All consumers know that churning feeling you get in your stomach when your wealth, relative to someone living on the street, is made clear. By bringing the issue onto our TV screens, the brands can make the whole thing easier to process and deal with in real life.’

Although the new Smaaklik campaign is being kept firmly under wraps, insiders say the sub-text of the advert is intended to ease the emotional pain many drive-through fast food consumers regularly experience. While most outlets make repeated efforts to ‘clean’ their stores of beggars, the homeless (especially young children) are markedly resilient, and prove almost impossible to shift on a long-term basis. Hence the need to address the ‘begging issue’ through humour-based advertising.

‘Again, it’s a nice move,’ says Harris. ‘By literally grabbing the burger crust out of the homeless lady’s mouth, the ad turns a tragic moment into something bizarre, and comic. There’s bound to be a trickle down of consciousness to consumers. It’s quite likely that, following the lead set by the ad, they will start to laugh at the beggars at the drive through collection window, instead of feeling all weirded out. This can only benefit growth in the short to medium term.’

If the first Smaaklik advert proves to be as successful as anticipated, it is very possible the theme will be extended to include a second and third in the series. Ideas on the drawing board for the second ad are to have the consumer characters picking (unsuccessfully) through dust bins for scraps of Smaaklik product – opening a string of polystyrene containers until advised by a professional (a real homeless person) as to the futility of their task. Another idea mooted within the company is to dress all staff in stinking rags for a month, reinforcing the messaging of the campaign in-store.

Harris, however, offers a word of caution.

‘There’s obviously a limited lifespan to the theme. I’m also not altogether sure about the staff uniforms idea – particularly the smell aspect. It could work against the appeal of the food itself if not executed carefully. The thing with homelessness is that, once you get to an olfactory level, it’s a pretty unpleasant business. One needs to be aware of the natural boundaries of the concept and work within them.’

— John Doe has enjoyed a long career as an executive assistant, working with a variety of major global brands in a clerical capacity. Long famed in the corporate sector for his legendary dictation skills, Doe has recently also gained acclaim for his incisive media journalism. Although queries have been raised as to the veracity of some of his information, Doe is adamant that he simply reports on media issues that he comes into contact with – his sources remain a closely guarded secret. Doe dismisses as ‘unsubstantiated’ and ‘possibly defamatory’ allegations that he is in fact one Andrew Miller of Unity Design.