Wine magazine, the wine-focused consumer monthly published by RamsayMedia, will be publishing its last edition in September 2011, after nearly 20 years in print. The magazine has only turned an annual profit three times in its existence. 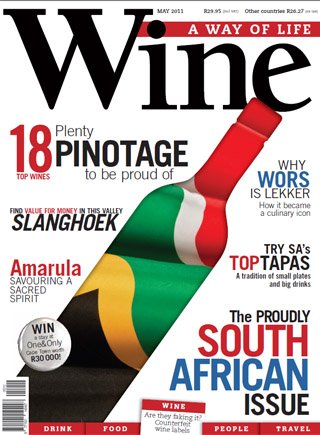 RamsayMedia MD Stuart Lowe says the group had been considering for many years now what to do about Wine magazine. For years it has been building a series of conciliary activities to extend the Wine brand, including books, wine tastings and expos. All these businesses made money, but never enough to offset the losses on the magazine side, says Lowe.

Wine struggled with a low circulation base – which tended to stay flat or in decline – that wasn’t attracting sufficient adspend. Lowe says the group felt it had reached the maximum penetration into the advertising market and saw no hope for growth in that area. The income trajectory going forward stayed negative.

The final straw has come with the proposed ban on alcohol advertising in consumer media – and even if it doesn’t become law – industry self-regulation to stave off government intervention would probably hit revenue as well.

“We simply decided to stop hitting our head against the wall,” says Lowe on the decision to cease publication. “It’s a sad time for the company and for the wine industry. But it seems that the need for a publication like Wine was never as pronounced as we had hoped.”

Apart from the print title, all conciliary businesses will also be closed down. The company will look at what is worth reviving under other brands in the RamsayMedia stable. The Best Value guide and wine map book will probably shift to Getaway magazine.

The website, winemag.co.za, is the only part of the wider Wine magazine business unit to continue, but faces substantial change.

The site will move away from the current “magazine content style” and long form journalism to service-oriented and database-driven content. It will primarily focus on offering answers to consumer questions, rather than traditional journalism. Content will cover food and wine pairings and wine rankings with a news feed or blog around the relevant data.

Lowe says once they decided not to start with a magazine format informing the “content journey”, a range of possibilities opened up. Readers need not fear paywalls – instead the site will focus on generating transactional revenue through wine sales.

Don’t expect a tablet-style magazine in the future either – the tablet edition of Wine will cease publication along with the print magazine – but relevant apps could well be developed for the site in the near future.

Lowe says currently around nine permanent staff member are affected by the closure of Wine magazine. A process has started within RamsayMedia to find space for these individuals, though some might choose to leave the business altogether. This will hopefully minimise retrenchments at the company.

Asked if the company would consider once-off special or annual print editions, as some in the wine industry has argued for on Twitter, Lowe says that the company did crunch the numbers for reduced frequencies. It looked at a bi-annual edition (winter covering red wines, summer covering white), or an annual. These, however, cannot be carried with the current monthly overhead, so would have to be outsourced to writing teams, but not firm decision has yet been taken.