The case for being human in an otherwise inhumanE world

by Taazima Kala-Essack (@taazimakala) The case for people, brands and businesses becoming more human gets stronger every day. In cracks of darkness, light gets in.

Every day, we are reminded of atrocities in the world that easily fall short of what it means to be a decent, kind human being. From crime to sheer brutality, the world can be a truly scary place. The proverbial silver lining, however, often resides in those glimmers of hope that sometimes, when you really keep an eye out for it, reveal pure magic does exist among people.

Why does this matter? Because as businesses and brands become increasingly focused on artificial intelligence (AI), digitisation and leveraging big data, you can’t help but smile at the realisation that, more often than not, old-fashioned heart from a brand often makes the biggest dent.

For as long as I lived in the UK, I wondered why the Embankment tube station was allowed to be different from the rest. The famous “Mind the Gap” felt and sounded wholly different, heralding back to the days of many voiceovers and unsystematised ways of running things. Then digital happened; everything became centralised and, admittedly, was the better for it. Except, that is, Embankment. Years later, I finally learnt the reason. Not only is it heartwarmingly magical, but it is authentically human and compassionate in a way that ‘systemised’ could never be.

Upon hearing the new, digitised voiceover at Embankment station one day several years ago, Dr Margaret McCollum felt nothing but dismay. Eventually, she engaged the Transport for London (TFL) officers in the station to ask why there had been a transition to a new, different, automated voice. Soon enough, the officers learned that the original voice was none other than her late husband, Oswald Laurence, a man who never quite made it in the acting world but who did have the opportunity to become the voice artist for the TFL Northern Line Mind the Gap announcements.

Daily after her husband’s passing, McCollum would spend a few minutes at the start of her day in Embankment station, purely to hear his voice again. “Since he died, I would sit and wait for the next train until I heard his voice. On 1 November [2012] he wasn’t there. I was just stunned when Oswald wasn’t there anymore,” said McCollum according to various news reports.

Realising it had the ability and, indeed, opportunity to change one woman’s life in a monumental way, simply by choosing to place compassion above digital transformation and restore his voice, TFL made the case for being more human, more endearing than any brand strategy, stunt or move ever could. In the crack of darkness, light got in.

As we continue to embrace the fourth industrial revolution, big data and the opportunity that data transformation brings, there’s also something to be said for harmonising technological advancement with genuine and authentic humanness. It may go against the choreographed and strategised efficiency planning of individuals and businesses but, in many ways, the world is full of Dr Margaret McCollums whose entire lives may be altered when one individual or team chooses to throw out rigid structure, or carefully drafted playbooks, in favour of the simple practice of kindness and compassion.

In an otherwise inhumanE world, it’s the unscripted, unplanned acts of being more human that stand to make businesses feel like pure gold in a manner that no business plan or communications strategy ever could. Why? Because sometimes the best stakeholder or business efforts are the ones that leave an impact without the cry for attention and glory.

The case for being human is now stronger than ever, as the general populace refuses to be duped or fooled into curated realities. They’re not authentic, not human and just not us, because we are more Dr Margaret McCollum than we may often realise. 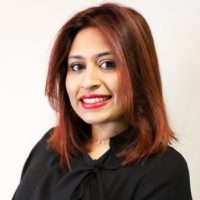