Feminism is not a marketing strategy

by Leigh Tayler (@LeighAnneTayler) Feminism is the idea that women should be treated equally to men, politically, socially, economically. Over time, it has evolved to be more inclusive, as it means true equality of sexes, without being limited or restricted. Given this very clear and simple definition, what is, if any, a brand’s right to participate in the women’s movement or to leverage feminism in its communication?

At first glance, one might say a brand has all the right in the world to be a feminist. At face value, this would be right. Brands have a lot of making up to do, especially to women: entire industries have been built on the back of advertising that puts (and keeps) women in the home, cooking, cleaning and looking pretty.

“Ads sell a great deal more than products. They sell values, images, and concepts of success and worth, love and sexuality, popularity and normalcy. They tell us who we are and who we should be.” —Jean Kilbourne, women’s rights activist.

So, when a brand like Dove launched its Real Beauty campaign in 2004, the world clapped. Finally, a brand was challenging the gender stereotypes; finally a brand was treating women with respect; finally a brand was being inclusive of all types of women. To many a woman, even many a feminist, this was a ray of hope in decades worth of advertising that had done nothing for the rights of women, except set us back.

Dove was the pioneer of a trend, which it owned for several years. But then the trend took hold. Always was challenging what it meant to be “like a girl”. Audi was showing the tenacity of women. Pantene was telling us to stop being sorry all the time. CoverGirl was saying women have the power to turn “can’t” into “can”. Under Armour showed an atypical ballerina who beat the odds and turned into a prima. So many more campaigns with similar messages, imagery and sentiments began inundating the airwaves.

These messages, these images, these beliefs women and feminists had been so thirsty for were pouring in and initially we drank and drank and drank (I was one of them), like some thirst-crazed traveller stranded in a desert of gender bias for centuries, happening upon a spring of inclusivity.

Unfortunately, nothing is as sweet as the first sip, and so the sparkle of this kind of advertising has faded as feminists cast a critical eye over these campaigns and find the ugly truth behind many — not all — but most of these campaigns. These campaigns are, more often than not, a skin-deep marketing gimmick that battles to stand up to the most cursory of scrutiny. They are a marketer’s attempt to jump on a band wagon, to appear “woke” and to appeal to a market so abused by decades of manipulative and biased advertising that this “femvertising” seems like an oasis of acceptance, inclusion, authenticity and progression.

One such marketing stunt (as much as it devastates me to say) was Fearless Girl, by State Street Global, a business that leveraged feminism to create a product and to sell it — its SHE fund (invests in index of companies with higher levels of gender diversity in senior leadership). Ironically, State Street has a board of directors including only 27% women and the actual SHE fund has not fared well when measured against gender equality scores by shareholder advocacy groups. In this instance, the brand is more brazen capitalist than fearless girl. It gets worse; in 2017, State Street paid US$5m to settle allegations that the company paid female and black executives less than their white, male counterparts.

There are many marketing campaigns that offer women “faux feminism” in their advertising, as the businesses the advertising is selling fail to meet even the most basic of measures of true gender equality and inclusion. In a business with many brands, this is shamelessly obvious; one brand aimed at men sells sex and objectification, while the brand aimed at women sells new norms for beauty. Products aimed at women are saying all the right things but their actions are not matching their words. Why do brands still airbrush the life out of their models while telling women to embrace their flaws? Why do brands use feminist iconography and language while perpetuating harmful stereotypes?

The answer is simple: because feminism is being used as a marketing strategy, it is not core to the business and how that business does business.

But surely something is better than nothing? Surely these campaigns are doing more good than bad? How can femvertising be anti-feminist? This is where the debate gets murky.

In theory, yes, brands do have a role, a right to participate in these conversations and the women’s movement in general. They have repatriations to make, wrongs to right. And, yes, these campaigns at face value are good. They are fighting for what we want — gender equality, inclusion and the fall of gender bias. They are showing little girls, and grown women who still need to hear it, that they can be more, have more, be fearless and conquer their limitations. These ads are teaching women and girls self-worth, body positivity and some power attitudes.

It’s really hard to take any of this away from these campaigns, even from Fearless Girl, as she now means so much more than her commissioner, having become a symbol of hope. Because the world so desperately needs these messages, it’s easy to accept them without worrying about the messenger.

The problem is that faux feminism or femvertising from brands that are not feminist at heart actually creates the illusion of change without any taking place. These campaigns make us believe change is happening, make us become complacent to a degree, to stop fighting so hard, to stop demanding that business and society take accountability. We feel we are winning, when we see these campaigns.

This is the danger of these campaigns. It is a false sense of security.

Very little is changing. We are not winning.

Jean Kilbourne, quoted above, has been doing a lecture since 1979 called “Killing Us Softly” about the portrayal of women in advertising, particularly our bodies, and, if you go and watch her giving the lecture in the ’80s, ’90s and ’00s, the ads have changed over the decades but her talk hasn’t.

Feminism is not a trend, not a zeitgeist, not a cultural tension or whatever else we marketers call these things. It’s much bigger and much more permanent; it’s not a strategy to implement for the next fiscal or an earned media stunt.

I will return to my original question: What is, if any, a brand’s right to participate in the women’s movement or to leverage feminism in its communication? The answer is both astonishingly simple and complicated: feminism is the property of feminists. If your brand is truly a feminist, if your brand believes in and actively supports the tenets of feminism, and if your business is making real and documented changes to be more inclusive, diverse and equal, then, certainly, you can join the conversation, pull the feminist card.

If, however your brand and business — and your sister brands are not feminists — just stay away; keep your empty promises to yourself. Feminism neither needs nor can afford your pinkwashing or faux feminism. We don’t want the illusion of equality; we don’t want feminist advertising; we want the real deal.

We want more brands who really get it — brands who are walking the talk, of which there are depressingly few. We want companies to hire more women, we want more women in leadership roles, and we need equal pay for equal work. I will say it again: feminism is not a marketing strategy; it’s a business strategy.

I will let Katie Martell, a marketing consultant and feminist, have the last word: “If you’re not ready to hold your company up to the standards of feminism, don’t exploit feminism in your marketing.” 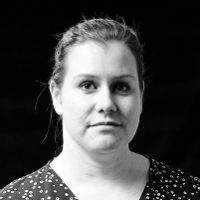