by Sabrina Forbes. For Mike Abel, M&C Saatchi Abel founding partner and chief executive, it’s been an amazing journey building the youngest large ad agency in the country with a diversified group of companies in such a short amount of time. M&C Saatchi Abel will turn 10 in February 2020 and currently employs over 200 people across its Johannesburg and Cape Town offices. 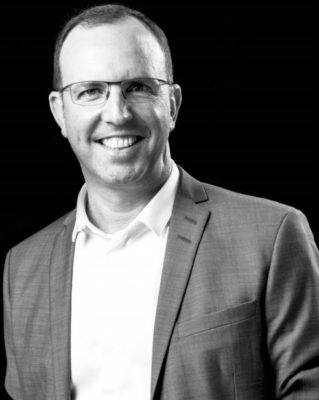 “When I got back to South Africa, it was just me, Mike Abel. Nobody, nothing, no clients, no furniture, no agency. Bugger all,” he says, reminiscing on the time he returned to South Africa with plans to start his own after agency life in Australia (where he’d run the M&C Saatchi Group in Australia for 15 months, leading five agencies with 450 employees.)

Abel and his launch team of 12 key people together built the agency incredibly quickly. “I think that people don’t realise it’s a very, very seasoned team that are close friends, very cohesive, very tight, that run this company and have been in this industry for a long time. I have been in the industry for 29 years; I’ve seen most things,” he tells MarkLives, mentioning a story he enjoys of a woman who sees Picasso in a coffee shop, tells him how much she loves his work and requests he draw something on a napkin. The artist obliges and confirms his price at US$5m. Shocked, the woman says it only took him 10 seconds to which Picasso replies it took him 70 years.

Abel believes another reason for the agency’s rapid growth is because its orientation has always been consumer-focused, never brand-centric focused. He believes that, if you understand consumers, you know how to intersect the brand perfectly into their lives but, if you’re brand-centric, it’s very easy to lose the customer.

Nor does M&C Saatchi Abel ever try to contrive a purpose for a brand, as Abel believes that, when you get to that space, you take yourself down a road that might not authentic for the business. Although the industry is moving from a brand idea to the belief that every brand should have a brand ideal, he disagrees with that. “The reality is, not all brands should have or need an ideal because, if you’re a fruit juice or if you’re a snack, what’s wrong with being just that?Why do you need to have a higher purpose?” he says, believing it’s dangerous to suddenly say something is your purpose without having any evidence of it.

M&C Saatchi Abel retained 100% of its clients in 2018 which, for Abel, is due to its tireless approach of building enduring relationships with clients. What he’s still most proud of is the Street Store concept, which is heading towards its 1000th event, and that to be a company that has created the world’s first rent-free, premises-free, pop-up clothing store for the homeless which has become a global movement is an amazing feeling.

The M&C Saatchi Abel growth story continues, too: Standard Bank awarded the agency in June 2019 with its through-the-line account.

Abel explains that he measures advertising in a very simple way by asking whether it is relevant, original, and impactful. For him, gone are the days of escapist advertising like Peter Stuyvesant used to employ; today, consumers will question what a bikini-clad jetskiing woman has to do with a toxic substance that gives you lung cancer. For him, that’s the empowering and terrifying part of social media because brands (and agencies) don’t own the conversation anymore. In the past, you could write a letter to the newspaper hoping it would be published; today, you can start a movement with a simple sentence.

“Great advertising is about making the strange familiar, and the familiar strange. And that’s what stands out, but most advertising you’ll see makes the familiar even more familiar. Yes, I know that about you and now you’re telling it to me again or I don’t know who you are and now you’ve confused me even further. If you watch a Cell C ad, it’s a spectacle. There’s a guy who suddenly finds himself on a private jet and then he’s paragliding and he lands on a boat with all of these rock stars and women. What the hell has that got to do with data or anything to do with your mobile phone? I think the days of buying into this fantastical lifestyle are over,” he says.

According to Abel, he’s always been a businessman first and foremost, but one completely and deeply in love with advertising and ideas, rather than a creative in business. He believes there’s a fundamental difference between the two and explains that his strength lies in the how he understands the business of business.

An apt example is how and why electronic retailer Take2 acquired Mr Delivery and changed its name to Takealot in its bid to be bigger than Kalalari.net, following an intervention by Abel and his team (the two businesses have since merged under the Takealot brand). The business has been involved with the agency since its inception.

“That’s the kind of thing that we do; we get involved in, like, what are the pullies and levers to unlock growth? I always say to a client, if you’re going to appoint M&C Saatchi Abel, measure us on how we’ve grown your market share, how we’ve grown your topline and how we’ve grown your brand equity, not how many Loeries or Cannes awards we’ve won. We will win those for you, but those are the three hard measures that I want you to hold us accountable for because why give us your marketing budget if you’re not going to shift… market share, topline, and brand equity? [It’s] that kind of absolute focus on growing their business, the level of innovation and smart solutions [which] we bring that has allowed us to get to where we have,” he says.

Abel recently spoke at a conference in PE with 80 of the most-influential business people in the region. He asked who knew they lived a 40-minute drive from the only malaria-free, big five, game reserve region in the world. Nobody put their hands up, nor did anyone have a big idea for PE.

“Eight-five years ago, somebody said let’s make cars here and so you did. Ok, you have a shitload of wind, [so] become the no. 1 wind sport destination in the world or push green energy. There are so many advantages if you are the windy city; harness it. The cleanest air, why? Because it’s all blown away. There are great benefits to the wind as opposed to saying, well, it’s kind of hard to play tennis here. That’s the kind of thing that me and my partners like to get involved in. Stuff that changes stuff,” he says.