by Sabrina Forbes. This year’s IMC Conference looked to strip down marketing to its bottom line and reveal its naked truth. MarkLives asked four industry leaders — Melissa Attree, Palesa Madumo, Bridget Johnson and Mike Abel* — to share their broader thinking on some of the key themes that emerged out of “Marketing Gets Nak*d: 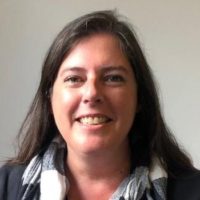 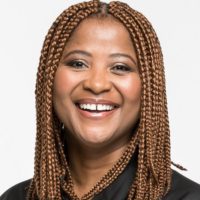 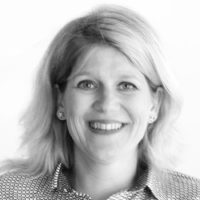 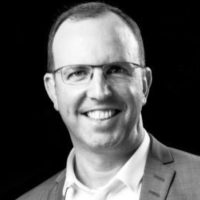 Melissa Attree, creative director (social & PR) at Ogilvy South Africa, says she’s been hearing the same stuff packaged with different buzzwords for too long and believes that, because trust is more important than attention, it’s becoming more relevant for brands to find a greater purpose, and stick to it. As an industry, we’re going back to basics, she says. It’s become key for brands and agencies to use their power to create good purpose-led work and continually ask how they can effectively send messages that have more purpose and weight.

Palesa Madumo, executive director of strategy of Vuma Reputation Management, is personally passionate about the discussion around brand trust. Industry and people all over the world have gone through periods of greed and the ramifications of this has seen some major firms taken down from an ethics perspective. While she dislikes the phrase “fourth industrial revolution”, she understands why it’s becoming a catchphrase with everything. “It means the way we interact is completely changing and affects the trust. Consumers can put their stories immediately out there, whether they are true or not. And other consumers seeing these stories don’t put effort in proving the validity or the news or opinion. Brands have to respond quickly and in a satisfactory manner. Trust is no longer a warm and fuzzy feeling that takes ages to build and maintain; it’s built and broken much faster now,” she says.

According to Bridget Johnson, recently appointed Riverbed executive creative director, we’re living in a “VUCA world” — volatile, uncertain, complex, and ambiguous. She believes that brands which align their purpose to what society cares about will build trust and affinity with consumers in leaps and bounds. Consumers are becoming tired and distrustful of inauthentic communication and, for Johnson, a brand’s challenge is to be transparent on how it does business and what it stands for.

For Mike Abel, chief executive partner and founder of M&C Saatchi Abel, without attention it makes no difference how much trust you have.

Aligning a purpose with a brand message that resonates with its audience, no matter how big that purpose might be, has the power to change human behaviour. Attree makes mention of the Carling Black Label #NoExcuse campaign, which fights against alcohol-induced woman abuse [full disclosure: Carling Black Label is a client of Ogilvy SA], and Dove, Getty Images and Girlgaze creating stock images representative of all women with Project #ShowUs, as well as H&M, which keeps bringing its message back to its core, the recycling and reusing of materials. These are examples of work she believes is more purpose-led, not just lip service. 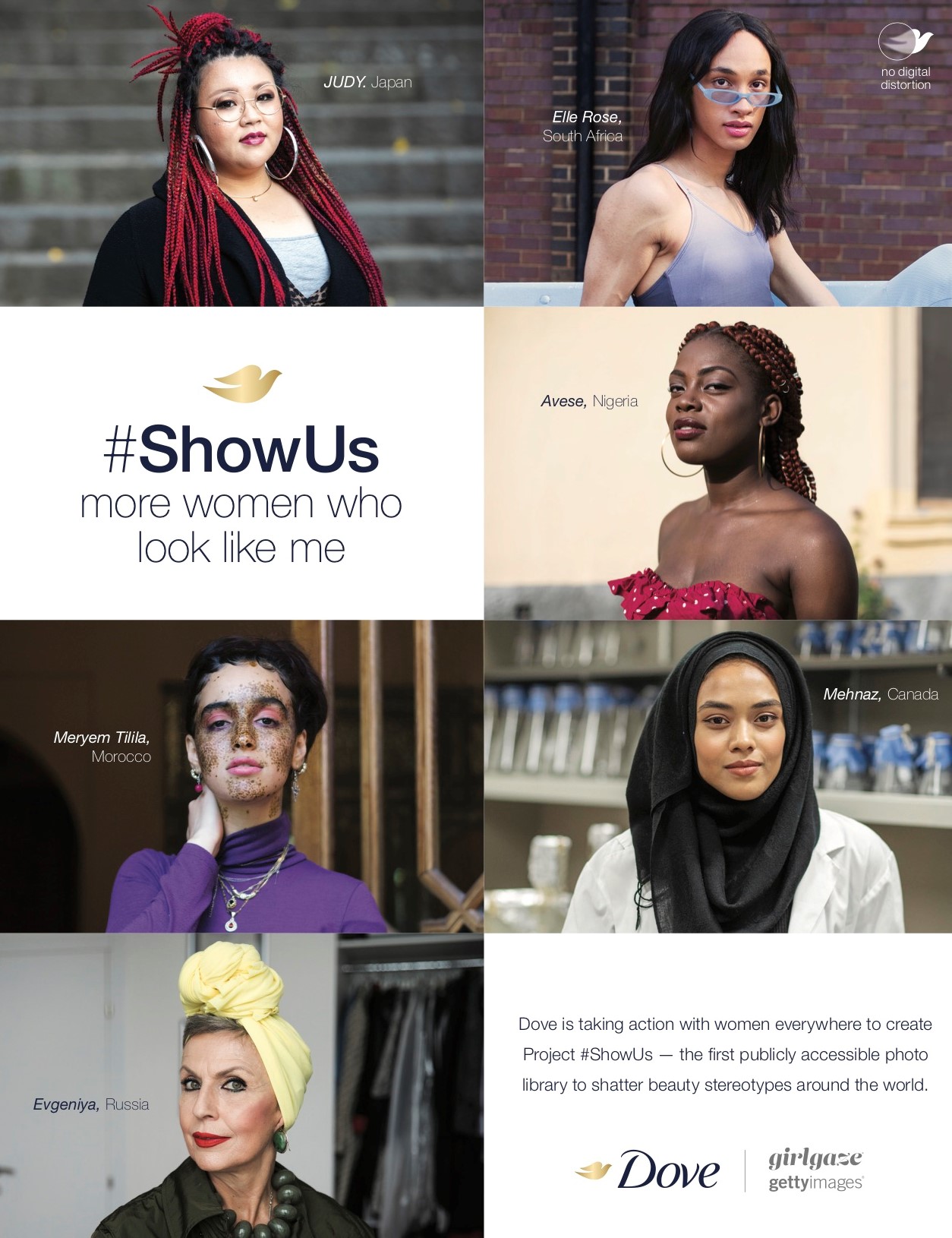 Madumo remembers a time when consumers would, well, consume for the sake of it but the state of our economy no longer allows for that and we’ve had to become more critical in how and where we spend our money. A well-constructed, purpose-led brand message will show consumers what you do, other than sell product. CSI is no longer a plug-on, and all messages and campaigns need to reflect that.

“Consumers and brands are creating an ethics drive. People and society-centric brands are being demanded by consumers,” says Madumo, making mention of Cadbury returning to its glass-and-a-half positioning, bringing everything back to its core message and launching a campaign centred on generosity. For her, the brand clearly said ‘yes, we sell chocolates, but this is what we’re about’.

#SiemensFABRIC is another campaign Madumo says works when it comes to purpose-marketing. According to her, while the prints are beautiful to look at, that they’re manufactured by a female-led sewing project in Alexandra, Johannesburg, is even more beautiful. “It’s not about spending your 1% CSI budget; it’s about recognising your role in changing people’s lives. It’s no longer good enough just to do; ask why you’re doing stuff and use your position of power to do great good,” she adds.

Abel was recently invited to present the Grey Foundation Memorial Lecture, part of the Old Greys’ Union Annual Reunion Week 2019 for past students of Grey High School in Port Elizabeth, where he shared his thoughts on purpose and gratitude. He believes that problems are essential to purpose but that, as South Africans, we haven’t been raised to believe in the importance of a sharing culture and how we can all play a role as a force for good in our societies. For him, too many people with power sit on their hands and say nothing because it’s ‘good for business’ but bad for the soul. “I think that one has to put one’s head above the parapet. If you don’t stand for something, you stand for nothing,” he says.

However, simply standing for something isn’t going to get you very far. Brands need two things — permission from their audience to champion a cause and consistent evidence that they are doing so. A good example Abel mentions is Nando’s [full disclosure: Nando’s South Africa is a client of M&C Saatchi Abel]. “If you look at Nando’s, Nando’s over 30 years [has] earned a right to poke fun at South Africa, to probe, to push, to challenge. I think that purpose-advertising is an interesting challenge… You’ve got to look at what is the DNA of the brand and how authentic is this, and what have you done before and what are you doing since,” he says.

Abel also believes Diesel’s #BeAFollower campaign and an old Levi’s advert, where the character puts his jeans on right out of the washing machine, are good examples of how anti-establishment thinking actually resonates when executed properly. A final example he mentions is the long-held positioning of Swiss luxury watch and clock manufacturer, Patek Philippe, that “[y]ou never actually own a Patek Philippe. You merely look after it for the next generation.”

“Now that is genius,” says Abel, “because it’s saying, you’re not a pretentious F&@k, basically, and you haven’t spent a disproportionate amount of money in a world where people are starving; you’re buying an heirloom.”

Examples of brands pushing their purpose without evidence for him are Gillette and Coca-Cola; an example of purpose-marketing gone wrong is the collaboration between Pepsi and Kendall Jenner.

Although Gillette’s new masculine sentiment might work well as a once-off in a cultural vacuum, this isn’t the case. For Abel, it still sells pink razors for girls and blue razors for boys, and hasn’t done much more at the heart of it after the “We Believe: The Best Men Can Be” ad aired in January 2019. As for Coca-Cola, it’s “[g]lobal harmony, happiness, all of that space but the product itself isn’t rooted in that at all. Then you say, well, how authentic is it? A lot of those brands [which] are all powerful could actually see their fortunes dwindle,” he adds.

According to Johnson, “the purpose of purpose-marketing is to connect meaningfully with your audience in a way they’re demanding we do. For those who commit authentically and consistently, it’ll be hugely rewarding.” For her, Coca-Cola, Nike and Unilever are doing purpose-marketing right but still need to prove the power of a higher purpose as a marketing strategy. “What remains to be seen, however, is the level to which brands will actually make a difference. This is a much-harder and long-term thinking. If ever there was an opportunity for brands to define real social purpose, it’s now. I would love to see more South African brands commit to sustained purpose in truly meaningful ways,” she says.

Not taking a risk as a brand could be as risky as taking a big one. In an industry that has become more fearful, Johnson believes that fear makes clients risk-averse, which makes for vanilla work. This is where boldness and bravery come into play.

For Attree, risk is a weird thing. Brands are taking researched, data-backed decisions that, while still necessary, all produce the same message and don’t lead to purpose-led work. “Risk should sit in your gut and, as agencies, we should hope that people trust us enough to take these risks. It’s our job to produce something that is edgy and ask: ‘Do you want to make safe work?’ It’s about doing less but doing better,” she says.

*The four people interviewed here didn’t attend the 2019 IMC Conference but are commenting on some of the key themes our writer (who did attend) identified as having emerged out of the “Marketing Gets Nak*d” conference.