by Leigh Tayler (@LeighAnneTayler) In 2015, I started to feel a tremor within global discourse. By 2016, the tremors were unmistakable. As I sit writing this today, they have merged to form a massive movement in the seismic plates of society, and that movement is the growing consciousness around women, their rights and the unravelling of gender stereotypes.

By 2015, brands were beginning to recognise women, their dreams, their challenges, their idiosyncrasies and their handicaps more accurately.

Sport England, a part of the Department for Culture, Media and Sport in the UK, broke down the typical portrayal of women in sports as fit, flab-free and fabulous, with its “This Girl Can” campaign. It showed that women of all shapes, sizes and sporting ability can do anything they feel like doing when it comes to sports and exercise; there are no rules and no judgements.

Not all of the brands challenging gender norms are traditionally provocative; Pantene, for example, a relatively mainstream brand, won a Gold Effie, an award that recognises effectiveness in marketing communications, for its “Sorry, Not Sorry” campaign that highlighted many women’s bad habit of over-apologising.

In terms of advertising, in 2016, the movement had a poster child — Madonna Badger. Badger, the chief creative officer of Badger & Winters advertising agency in New York City, took up the torch for all women and their objectification within advertising. She challenged the norms of how women are portrayed in advertising and the old ad adage of “sex sells”.

In my opinion, she turned this glib assertion on its head by ultimately questioning “sex sells”, but to whom? Definitely not to women, who are roughly 50% of the world’s population, a group that in most countries have incredible buying power, never mind their influence on purchases even when they are not the chief decision-maker. All around the world, this group have made their voice heard — no longer will they tolerate the undermining and objectifying that has been the norm in the media’s portrayal of women throughout history. Badger asserts that this shift is not only the right thing but also the smart thing to do.

I firmly agree, too, when a consumer segment, with the size and power of women, is telling brands that “she” no longer wants to have anything to do with them because of how they represent her; they would be foolish not to sit up and pay attention.

2017 has shown no sign of the movement slowing down. The ad industry’s largest annual event and awards programme, the Cannes Lions International Festival of Creativity had an additional criterion to meet — no gender bias, thanks to Badger. The jurors were briefed to use empathy to determine if a submission is acceptable. Essentially, jurors were encouraged to ask themselves “What if…?”. Imagine the person portrayed in image or copy were you, or your daughter, or your mother; would you feel OK to reward this piece of work?

But this is just one example of many that have risen up in 2017. From the “Fearless Girl” sculpture, staring down Corporate America symbolised by the Wall Street Bull in New York, and marching on Washington one day after Donald Trump was elected, from the box office smashing “Wonder Woman” and Kate Winslet’s speech about overcoming fat-shaming to land the role in Titanic and to the resounding disbelief and exasperation received by Ivanka Trump’s book and its attempt to inspire women who work.

South Africa is not exempt from this social shift. Increasingly, South African women are making their voices heard when it comes to gender stereotypes and inequity, and are joining the global movement, most recently with sister marches taking place in South Africa in solidarity with the US marches in protest of Trump’s election. The onus is on SA brands to stand up and pay attention, but the brands that have done so are few and far between.

A leading SA fashion retailer, which showed there’s no such thing as one perfect female form but many in a 2016 campaign, was taken completely by surprise by the response to its honest representation of women. There was an outpouring of emotion from consumers, and the campaign triggered honest conversations around SA in both social media and traditional media. This is a seemingly obvious sign that women in SA are more than ready for brands to start treating them with empathy and respect.

2017 offered yet another great example of gender-stereotype-busting campaigns, with a campaign for Indesit, a household appliances brand in the UK. The TV ad “#DoItTogether”, created by J. Walter Thompson Milan. It reverses the roles of men and women and uncomfortably depicts a husband and wife going about their day but the man and women’s traditional roles and behaviours have been swapped. It quickly reveals how we are all so rooted in these gender norms that even a women watching this may become uncomfortable at seeing this wife’s behaviour. What I really enjoy about this ad is that it isn’t saying the man must do more work than the woman; it’s just encouraging partners to be just that — partners — share the weight and work together as a team.

From a household appliance brand (the historical domain of the woman), that almost certainly played into gender stereotypes at some point in its 42-year history, to recognise the changing world within which it operates is not just refreshing or right; it’s smart.

However, in the past three years, the brands that have shown a new representation of women have reaped the benefits. Pantene’s volume share index grew 22.7 points vs the previous year and, as a haircare brand, it was recognised by the United Nations with the Breaking Gender Stereotypes award. At home, sales in intimate wear for the leader SA fashion retailer grew significantly and resulted in this department exceeding total sales YOY growth by 12% and achieved over R6m worth of earned media coverage.

So, if it takes more hysterical females to ensure that the narrative around women shifts, then let’s all become a little more hysterical. Because, if we as brands and advertisers don’t start speaking to 50% of our consumer market with the respect and empathy increasingly being demanded, we will fail to future-proof our businesses. As social influencers, our silence and inaction is not only wrong but foolish.

Interested in more examples of brands challenging gender bias and stereotypes? Have a look at these.

Finally, the absence of women falling all over themselves because he wears Axe.

Under Armour: I Will What I Want

Celebrating women who use fitness to resist the social and cultural pressure applied to them and reclaim control of their lives.

Using #LikeAGirl as an insult is a hard knock against any adolescent girl. How do we change the dialogue?

Mattel made the cover of TIME magazine with the news that Barbie will now come in tall, petite and curvy body types, in addition to a variety of skin tones and hair colours. 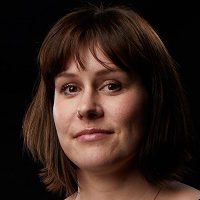 Leigh Tayler (@LeighAnneTayler) is strategy director at Joe Public United. During her career of almost 11 years, she’s worked in just about every imaginable category and has fostered a well-rounded and instinctual approach to strategic thinking that she applies at every level, from big brand concepts to last-mile moments of truth.