by Erik du Plessis. Today I want to discuss the much more-valid implication of Prof Read Montague’s research: advertising creates a new reality which adds to the value of the brand and even the experience of consuming the brand.

In 1975, Pepsi started a campaign showing ordinary consumers, who said they are Coca-Cola users taking a blind taste test of Pepsi and Coca-Cola. Invariably, more people preferred Pepsi in the blind taste test. Here’s one of the ads.

The implication was that Coca-Cola’s marketing had been causing consumers to behave irrationally; making them drink an inferior product. This was at a time when the public were suspicious of the intentions of advertising. The successes of this campaign by Pepsi lead to Coca-Cola reformulating its product. This became known as New Coke. There was a significant consumer backlash and the original formulation was brought back.

Prof Montague, a neuroscientist, repeated this challenge in 2004 inside a brain-scanning machine (fMRI) (Neural Correlates of Behavioral Preference for Culturally Familiar Drinks). Unfortunately, some of the reports on this experiment in popular press played on its implications that advertising is unethically, causing a brand preference for an inferior brand (or, at least, non-discriminated brands).

According to Millward Brown’s BrandZ study. Coca-Cola is the world’s 13th most-valuable brand. In the USA, BrandZ estimates the Coca-Cola brand value to be US$68 billion and Pepsi’s to be US$10 billion.

In this article, I discuss the importance of Montague’s experiment with Coke and Pepsi and the implication that brand equity is really the outcome of neural structures in the brain relating to the brand. Simply put: Brand equity is not just a term based in accountancy principles, but is based on neuroscientific biological facts as well.

The published paper contains scarcely a marketing word. It makes interesting reading to see how neuroscientists describe the marketing problem: “However, the modern problem is different. Cultural influences on our behavioral preferences for food and drink are now intertwined with the biological expediency that shaped the early version of the underlying preference mechanisms. In many cases, cultural influences dominate what we eat and drink. Behavioral evidence suggests that cultural messages can insinuate themselves into the decision-making processes that yield preferences for one consumable or another. Consequently, the appeal or repulsion of culturally relevant sights, sounds, and their associated memories all contribute to the modern construction of food and drink preferences. The neural substrates underlying food and drink preferences and their influence by cultural images have not been explored. As alluded to above, the majority of work on olfaction and gustation has focused on sensory processing. In this paper, we combine simple taste tests and event-related functional magnetic resonance imaging (fMRI) to probe the neural responses that correlate with the behavioral preference for noncarbonated versions of Coke® and Pepsi®. We further investigate the influence of the brand image on behavioral choice and brain response to both drinks.”

An fMRI machine looks like the jet engine of an aeroplane. When it runs, the sound is similar to that of the engines of a Boeing. Having signed a disclaimer and taken off all the metal objects you have, you are strapped on a gurney which is inserted in the middle of this. Your head has to be kept still and is trapped as well. You can communicate via earphones and a mike, all this while clutching an emergency eject button in case of claustrophobia. (I know because I had my brain scanned for one of my books and it is not for the faint-hearted.)

Feeding a liquid to a person, lying on their back in this environment, without their moving their head or choking, is a challenge. They used a plastic tube to squirt 6ml into the respondent’s mouth after a visual signal. This signal was also used as the brand cue, sometimes a brand name and sometimes just a flash.

How the study worked

The study comprised of 67 respondents divided into four groups. (Note: in neuroscientific experiments, much smaller samples than what we use in market research is standard. This has to do with the variance of the phenomenon being measured and is statistically viable. Example: if you want to determine the number of legs people have you need a small sample; if you want to determine the average height of males vs females, you need a much-bigger sample.) All these groups had to express their preferred brand and were put through a taste test. Some of the taste test contained branded samples and some a mixture of branded samples, etc. Then they were scanned with different cues being given to the different groups about the products that they were tasting. In some cases no information; in some, branded information about the one sample; in some they were told that they were tasting two brands and given branded sample where, in fact, both samples were the same brand. In some cases, they were given a brand name but the opposite brand was given. This was a truly comprehensive design.

Here are some quotes from the Montague paper:

“Thus, it seems that brand knowledge for Coke and Pepsi have truly different responses both in terms of affecting behavioral preference and in terms of modifying brain responses.” …

“In these experiments, we used functional brain scanning to find correlates of people’s preferences for two similar sugared drinks: Coke and Pepsi. We report the finding that two separate systems are involved in generating preferences. When judgments are based solely on sensory information, relative activity in the VMPFC predicts people’s preferences. However, in the case of Coke and Pepsi, sensory information plays only a part in determining people’s behavior. Indeed, brand knowledge (at least in the case of Coke in our study) biases preference decisions and recruits the hippocampus, DLPFC, and midbrain. Our results suggest that the VMPFC and hippocampus/DLPFC/midbrain might function independently to bias preferences based on sensory and cultural information, respectively.”…

“To test for effects of brand knowledge, we conducted a series of semianonymous taste tests and imaging experiments. In the taste tests, we found no significant influence of brand knowledge for Pepsi contrasted with the anonymous task. However, there is a dramatic effect of the Coke label on subjects’ behavioral preference. Despite the fact that there was Coke in all cups during the taste test, subjects in this part of the experiment preferred Coke in the labeled cups significantly more than Coke in the anonymous task and significantly more than Pepsi in the parallel semianonymous task.”…

“It is an interesting possibility that the hippocampus and DLPFC are specifically involved in biasing perception based on prior affective bias, whereas the other brain areas listed above are more involved in altering behavioral output.”…

“Determining preferences in our experiment appears to result from the interaction of two separate brain systems situated principally in the prefrontal cortex. The ventromedial region of the prefrontal cortex plays a prominent role when preferences are determined solely from sensory information. The relative activity in the VMPFC is a very good indicator of which sensory stimulus is preferred by the subject. However, cultural influences have a strong influence on expressed behavioral preferences. We found this to be particularly the case with Coca-Cola, for which brand information significantly influences subjects’ expressed preferences. We hypothesize that cultural information biases preference decisions through the dorsolateral region of the prefrontal cortex, with the hippocampus engaged to recall the associated information. These two systems appear to function independently in our experiment, since VMPFC activity was unaffected by brand knowledge. In judging stimuli based on multifaceted sensory and cultural influences, independent brain systems appear to cooperate to bias preferences.”

The most-important conclusion of this study is that cultural influences can develop responses from the hippocampus, which is the area associated with feelings (and memory formation). When this area reacts to a brand name, it influences stated brand preference and also behaviour (buying). The result of this behaviour, when viewed from a marketer’s perspective, is brand equity.

Under the term “cultural influences” would be included advertising, all forms of marketing, promotions, pack design, and the actual experiences of past consumption. In modern marketing, the relevant phrase would be all touchpoints.

In marketing terminology, we would call this hippocampal reaction that Montague talks about a number of things: brand image, extrinsics, emotional reactions, etc.

This hippocampal reaction was only found for Coca-Cola among Coke users. The experimental design was such that, if there had been a similar reaction for Pepsi, it would have been found. This was not so. The implication is that some brands in a category may have no reaction in the hippocampus. This is a finding one has to start to consider from a marketing perspective.

There are at least two important questions, to my mind, that arise from this study:

This would imply that one should be looking for relative brand preferences in our research design. Should one be asking for preference by rating scales or simply ‘which brand do you prefer?’ or first choice, second choice, etc?

How should one then treat the attribute association information one collected if these are a dichotomous associations?

This study indicates that there is no hippocampal reaction to Pepsi. What are the implications for the way we interpret research findings?

The major function of the brain is to create an approach/avoid behaviour. It seems possible, to me, that Montague identified the approach Coke centres in the brains of the Coke users. Is there an avoid centre in the brain that he missed? In other words, dp Pepsi users have an avoid-Coke reaction, rather than an approach-Pepsi reaction?

If this is the case, then its marketing strategy would be significantly different. 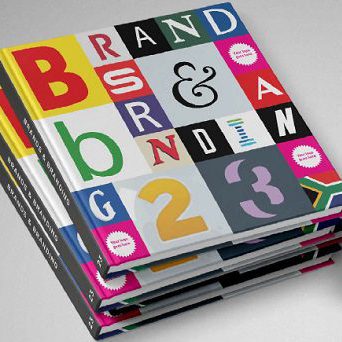 Erik du Plessis is emeritus chairman of Kantar Millward Brown South Africa. He launched Impact Information in 1984, which became Millward Brown (South Africa) in 2000. He is the author of two books: The Advertised Mind (2005) and The Branded Mind (2012). His books are prescribed at several universities, and have been translated into Japanese, Chines, Russian and, more recently, Korean.

The article first appeared in the 2016 edition of Brands & Branding in South Africa, an annual review of all aspects of brand marketing — consisting of case-studies, profiles, articles and research. Editorial contributions and sponsored brand profiles accepted until early August for the 2017 edition. Copies of the current edition are still available — buy one here.