by Kate Snyder. Putting consumers into boxes is one of the most useful tools we have in our marketing toolkit. We rely heavily on demographics, psychographics, and an easily digestible notion of the values and behaviours that drive consumer decision-making. Relying on these stories informs much of our brand strategies but we all know that consumers are human. We act illogically by nature. Our complexities are what ultimately make us human, first and foremost, and unpredictable consumers, secondly.

So we asked one burning question to a small handful of South African youth about how they identify themselves in a country that is rife with xenophobia: Do you consider yourself African or South African? We know that, economically, SA is a powerhouse on the African continent and one with distinct cultural ties to Europe and the US It’s also viewed (somewhat) admiringly by neighboring countries but with comparably little reciprocal regard. How connected do SA youth today feel to the rest of the continent, and is this influencing what they think and do?

The answer was not a simple one. As ethnographers, we look for threads of insight between all of the people that we talk to, even when the meaning and story seem obscure. The responses that we received fell fairly equally into either camp and depended wholly on the way the term “African” was interpreted.

Am I African from Instant Grass International on Vimeo.

Especially for the younger people we spoke to, “African” immediately connoted notions of race. Harping back to the legacy of apartheid’s racial classifications, “African” is still largely seen as a synonym for black, rather than a connection to the territories within the continent. Although this terminology was mostly described positively and proudly as black, those with this internalised understanding of “African” tended to identify more strongly with being South African overall. In this case, defining oneself as “South African” demonstrated a sense of Ubuntu and unity with our diverse country.

On the other hand, we heard a lot of people preferring to identify as “African”, rather than “South African”, as an almost idealistic way of assimilating with other countries’ and peoples’ plight on the continent. Our shared colonial legacies, our challenging infrastructure and irresponsible leaders, and collective, perceived inferior position by the global community inspired people to aspire toward a unifying identity throughout the continent at large. Together we need to show the world that Africa is in a dynamic, progressive, and emergent state, they said. Even those who didn’t particularly identify as fully “African” at this moment dreamily spoke of the day when we all cohesively share and exchange ideas through the arts, fashion, music, sports or travel.

A reminder to be continually curious

The unsurprising reality is that we still prioritise American pop culture above our own, much less our neighbours’. And the globalised world we live in is getting both smaller and bigger at the same time. The internet and social media are making the rest of the world more accessible, our knowledge and information more widespread. But it’s simultaneously helping us to ignore our own roots and heritage, be it South African or African overall, and focus on the prevailing (mainly American) cultural cues.

What this perplexing exploration demonstrates is that identity — be it racially, culturally, politically, economically, etc — is polarised. Our categorical boxes are helpful but limiting. It reminds us that we have to be continually curious, and always ask, “But why?” 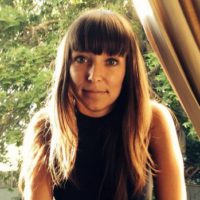 Originally from the US, Kate Snyder is head of anthropology at Instant Grass International (IGI). As a researcher and strategist, she helps brands and organisations to better understand cultural and human behaviour throughout the African continent. Kate is s especially interested in how individuals and cultures shape one another — how cultural pretexts often dictate individual beliefs and behaviours but, equally, how we all individually play a role in shaping and changing cultural constructs.