When it comes to writing observations about millennial-aged consumers, there’s a tendency to accompany such writing with a filtered photo of happy, good-looking millennials. They’re usually of diverse backgrounds and sharing a joke around a picnic table or, of course, taking a group selfie. They’re all wearing big smiles, have perfect teeth and simply ooze health and prosperity (spoiler: they’re stock-photo models).

Easy trap to fall into

Maybe, like me, you’re also guilty of using them in your presentations when trying to capture the essence of millennials. It’s an easy trap to fall into and, to be honest these days, I try to keep them to a minimum in favour of illustrating the diversity of this generation and the different stages of life they pass through during this crucial period of their lives.

Which brings me onto the subject of this post: namely, that not everything is perfect for this generation; far from it. Therefore, in order to be effective at communicating with them, you have to understand the bad stuff that’s happening to them, as well as the good.

Before going any further, I must highlight that a point which must be properly grasped if we’re going to understand millennials’ consumer behaviour in a proper, measured way: not all millennials are the same.

During my presentation “Six Trends that Will Change the World” at WTM London last year, I illustrated this point in different ways. Between the ages of 18-35, youngsters may go through the gruelling obstacle course that is school, part-time work, university/college, internships, first major romantic relationships and much else. Think of millennials whom you know, and you can quickly see how diverse they are. There is also a significant difference between the life events of millennials from different countries, especially between millennials from mature and emerging outbound markets.

These similarities and differences were neatly outlined by Robert Guest in The Economist in January 2016: “All generalisations about such a vast group should be taken with a bucket of salt. What is true of young Chinese may not apply to young Americans or Burundians. But the young do have some things in common: they grew up in the age of smartphones and in the shadow of a global financial disaster. They fret that it is hard to get a good education, a steady job, a home and — eventually — a mate with whom to start a family.”

Furthermore, recently Deanna Ting published a very good article in Skift, asking “Do Millennials Really View Travel Differently?” The article was posed as “a daring thought” and suggested that millennials’ attitudes aren’t that different to those of previous generations at the same stage in their lives, and that other generations are quickly starting to adopt similar patterns of consumer behaviour. It also suggested that, for this reason, it might not be worth the time or effort of catering to millennials specifically.

I would argue, however, that millennials’ worries are some of the key characteristics that define this generation’s consumer habits and, by extension, their travel behaviour.

So where did it all go wrong?

Over the past decade, millennials growing up in the more mature outbound markets of North America and Europe have, to a greater or lesser extent, been affected by the following:

Is it any surprise?

Against this backdrop, is it any surprise that millennials are showing deeper levels of stress and anxiety? As I’ve explained in my post on happiness and millennials, there are lots of theories about what is making Gen Y (at least in the Western world) such an anxious and apprehensive generation.

Is it all down to the economic crisis? Perhaps it is social media and #FOMO (“fear of missing out”) that it creates? Or maybe it’s school exam systems or busy parents who don’t have the time to sit down and talk about it all? Growing up in the era of 24-hour news and social media has also made millennials more aware of how the global economic crisis could affect them in terms of job prospects and future financial security.

Feelings of uncertainty and insecurity about one’s identity and the wider world have always been part of growing up. But then, previous generations didn’t face quite the same anxieties over peer job prospects, debts, body image, school grades, and everything in between that young people face today.

While social media is a great connector, it often helps to reinforce, rather than reassure, young people about those anxieties. Some say that it has, in effect, replaced the traditional social settings (such as bars, clubs or associations) where people used to mingle for news, gossip, advice and support.

On that dark note, I’m going to bring this column to a close. In my next one, I’m going to discuss some of the ways in which the economic scenario I’ve described is affecting millennials’ consumer behaviour, and how travel brands can react to this challenge. 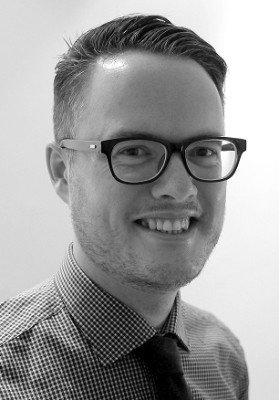 Peter Jordan (@genctraveller) is founder of Gen C Traveller, a consultancy specialised in helping destinations and multinational corporations understand and react to the emerging trends in global tourism that are led by millennials. His career experience includes the United Nations World Tourism Organisation in Madrid and the World Youth & Student Travel Confederation in Amsterdam. In addition to his work on emerging markets, he has authored a wide range of travel trends reports, including the UN’s first-ever report on LGBT travel. Originally from the UK, Peter is currently based in Amsterdam, the Netherlands.