by Jason Njoku (@JasonNjoku) The “Africa Rising” narrative is a super-jolly soundbite for international conferences and events; it gives everyone a warm, fuzzy feeling when they inform audiences how the continent is such a vibrant, exciting place to do business. Which it is, but the soundbites need to be heavily prefixed with the disclaimer that it’s hard, really hard, for startups, especially in the tech scene, to mobilise and build big.

Ease of doing business, certainly in Nigeria, is challenging (read brutal). Ease of connecting with local or international investors is super-challenging (if you’re not already in the mostly boys’ network/have a rich or well-connected family). Closing on seed-investment or Series A deals during the current economic climate? Super-challenging. Building an internet-based product, and scaling and monetising it for a population that is still not really broadband-ready? It is, as you guessed, challenging.

But yet entrepreneurs still put themselves through what often feels like savagery to build a company on the continent. They understand the market potential, and the current market, and work 18 hours a day, sacrificing relationships, health and shiny things to figure out how the two can somehow meet in the middle. The entrepreneurs and startups whom I know smile wryly when they hear the words “Africa Rising” dribble out of a pundit’s pre-prepared speech. They — we — are in the trenches, figuring stuff out, for a market that is really, genuinely, in its naissance.

Which explains why my little blog post about a 3000% ROI for early-stage investors in my own startup business was so well-received and got so many people talking.

I use my blog as a means of catharsis: getting things off my chest; collecting and organising my thoughts around business, the wider industry and so forth. Often these things allude me when I get weighed down in the detail of work — admin, emails and other such business detritus. My blog is my ‘me’ time. Just a few musings, a few ramblings — that is all. People read it; they shout or disagree or take to Twitter to condemn. Sometimes they applaud and, much of the time, they just quietly follow.

My blog posts err on the side of negativity. I’ve always been explicit and very open about the brutality of tech in Africa. I’ve not shied away from articulating the many, many challenges startups on the continent face. But this one post brought hope, it seems. A glimmer of hope amidst the economic woes the Nigerian market is facing presently.

The article focused in upon the ROI our original iROKO investors achieved recently. In early 2011, Bastian Gotter, my business partner, brought the notion of Nollywood to the attention to his old bosses and, to cut a long-ish story short, they invested US$80k for 10% of iROKO. That’s an US$800k valuation. At the time it was crazy for a less-than-one-year-old company, which had generated US$200, US$1k and US$6k in the previous three months.

Some context: at that time, I had 10 failed businesses in my wake, was living back at home with my mum and, to all intents and purposes, I was just Gotter’s friend who was doing an online African movie thing. But they invested in Gotter — they saw potential in the project and they placed their confidence in him. I didn’t actually even meet them for the first time until 2013.

3000% — it’s a fairytale figure for any investor, any market — emerging or not. It’s further proof that there are bountiful prizes still to be won for early-day seed investors. News which has been welcomed by all those who are toiling away to secure that first injection of capital to kickstart their companies.

Now, time for another disclaimer. Exits are few and far between in our ecosystem. I myself have invested in startups, not all of which have succeeded. No, let me be blunt; some of them failed. And it’s the failure stories that give investors cold feet. They, like I, know that more startups fail than succeed.

This is not an Africa ‘thing’; it’s just a business ‘thing’. That’s business. Period. Our investors took a gamble; it paid off. I hope I can boast such ROI figures for my own investments in the future. I also hope that news of such a profitable investor exit of a Nigerian tech startup helps push through a few more stagnant deals that are lingering. 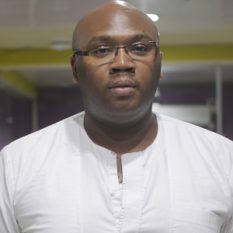 Jason Njoku (@JasonNjoku) is the CEO and co-founder of iROKO, the home of Nollywood. In five years, he’s gone from living at home with his mum, due to a trail of ten-failed businesses, to reorganising and redefining the entire structure of Africa’s largest, most popular form of entertainment — Nollywood. Based in Lagos, but often found roaming the world on a jet plane, he talks about entertainment, business, startups and the tech space in Africa.