by Oresti Patricios (@orestaki) Absa has launched a bank account aimed at ‘Generation Z’, and the TV ad by The Jupiter Drawing Room (Johannesburg) and Leigh Ogilvie of Velocity Films to promote this is spot on. It is downright funky, smart and oh-so relevant for the targeted demographic.

Ever watched an ad for the younger generation and cringed? Felt the overwhelming embarrassment that comes because you know the agency that has created the campaign has missed the plot? There’s nothing more awkward than the absolute awfulness of a failed youth campaign with its strange lexicon, music and inappropriateness. Thankfully, the new Absa youth product campaign is the complete antithesis of this: it should become a case study for how to create a campaign for a notoriously fickle demographic.

This piece of advertising promotes a low-cost transactional savings account aimed at people younger than 19 years of age — the hook is that there are no service fees for maintaining the service. Which means it’s free.

Now the word “free” is said to be the most powerful word in advertising. But South African banks seldom offer anything for free — the financial services industry has gained a reputation for charging for everything and anything that it can.

The banking industry came under the spotlight a few years ago, in May 2012, and many banks hastily reviewed their charging policies, and upstart Capitec drew away many dissatisfied customers with lower fees and a simpler fee structure. Capitec did this because the big challenge for many banks is all about getting new customers. In many cases, once someone signs on with a bank, they will be reluctant to move to another, so it’s often a case of ‘catch ’em young and keep ’em’.

Eye on the prize

Absa, too, has its eye on this prize. Which is why the red bank has launched an account aimed at youth who will be opening their first bank account. Absa’s research into the current young generation, known as ‘Generation Z’, has identified certain characteristics which this account aims to satisfy. Members of this generation, according to the research, are more frugal and want to learn how to manage their money better.

Absa’s new account, called the MegaU, aims to provide this, and the biggest selling feature is that there are no monthly service fees, and online banking transactions are free, as are some ATM transactions, such as withdrawals and airtime purchases. In addition, given a certain minimum balance or activity, account holders are rewarded with free movie tickets and airtime.

The TVC that has been produced to market this to the Generation Z crowd focuses upon one main concept: what does ‘free’ mean? 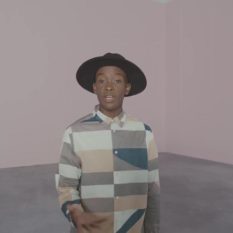 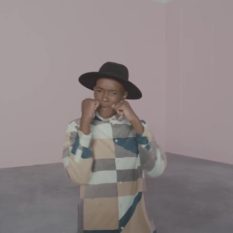 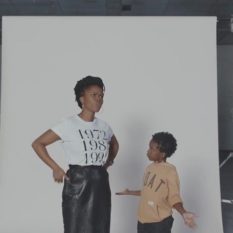 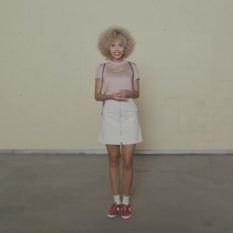 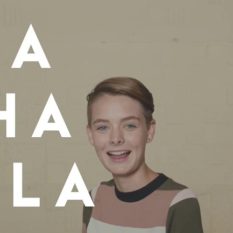 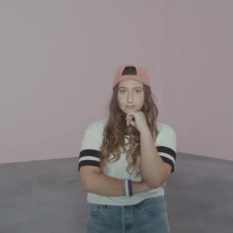 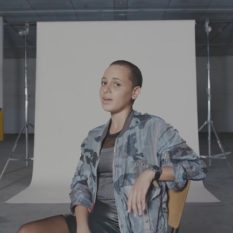 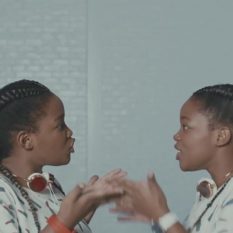 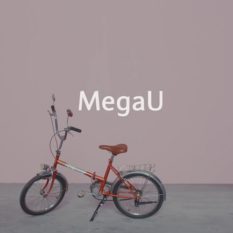 The ad starts with a young man, nattily dressed in a geometric shirt and a black stetson. He is standing in an empty space, with plain floor and pink walls, evocative of a warehouse or studio space. He starts a monologue. “Free. Has there ever been a sweeter word?”

The scene cuts to other ‘Generation Z’ types. They continue the monologue, but it’s with his voice, so there is a moment of disconnect. A pair of female twins first, then another young man, then another young woman… all different ages, different styles of clothing, all from the under-19 demographic.

The lighting is stark, with no dramatic shadows or effects. The grade is similarly understated, and occasionally the shot becomes black-and-white. Some of the characters are shot in front of a white backdrop, suspended between two gobo stands. Some scenes are shot in front of a yellow, pink or white wall. It’s all very minimalist and urban-zen.

The monologue continues, still with the same voice: “It’s a word that we wave around. Born free, carefree, young-wild-and-free. A promise of something for nothing.”

At this point another voice in the mix comments, “Nada”, and the text “NADA” briefly flashes on the screen. This technique is repeated a few times, when euphemisms for “free” are used. “But does ‘free’ really mean free? Or is the idea of ‘free’ just being held hostage? Bound by fees, rules for this, rules for these. Free vouchers, free tees. Buy three and get one mahala. But why? Why should we live in a world where nothing is ever free? Shouldn’t we rather be working towards a world where I am me and you are you and free is, well, set free?”

Here the copywriters/creatives have conflated the two meanings of the word: free as in free of charge, and free as in freedom; while not exactly a new idea, it’s apt here, as this generation in SA is also known as “born free” because they were born after the first democratic elections.

I believe the copy hits the nail on the head, in terms of the Generation Z demographic. According to research by US-based Sparks & Honey, Generation Z wants to make a difference in the world: many volunteer, and 60% want to have jobs that have a positive impact on the planet. They are more realistic than their Millennial forerunners (aka Generation Y), who are now young adults. They are prepared to work for success, rather than hope to be discovered on a talent show or a YouTube video. The language used in the copy bears out this insight. And what is noticeable is that the casting is non-stereotypical. There are young women with short-cropped hair, young men with long hair, a variety of body types, and an assortment of clothing styles, from trendy to grungy.

During this, the text appears, very briefly on the screen: “MegaU”, followed shortly after by the text, “The first free youth account.” To end off, the copy is: “So welcome to a world where free is free.” This is accompanied by the text “Be You. Be Free. Prosper”, which ties in to the current Absa “Prosper” slogan theme.

I love the copy, the way it is given a slam-poetry delivery, and the styling of the ad, which is minimalist, but you can see that every element has been carefully thought out. The pacing of the editing works to enhance the pace and rhythm of the copy, and this is essentially a ‘soft sell’ of the product. None of the rewards or free features of the MegaU account are mentioned. Perhaps it’s because Gen Z is considered to have a low level of concentration: while Gen Y is known to be watching two screens at a time, Gen Z watches five (according to Sparks & Honey).

Anyone wanting to find out more will have to Google it, and Absa has done its SEO homework here, because both “megau” and “mega u” come up top in the Google search, with links to the page outlining all the details. On this page there are 10-second video spots done in the same style, each outlining one of the features of the account. The page is clearly laid out, with icon-based explanations detailing the free aspects of the account, and how to redeem rewards. Research has shown that Generation Z people prefer pictures and emoticons to text (Snapchat rather than WhatsApp), and here it’s clear that the agency has taken this into account.

So hats off to Jupiter for an integrated and well-informed campaign with a TV commercial that ‘gets’ its target audience.