by Paul Jacobson (@pauljacobson) I’m a big Star Wars fan (and, I’m proud to admit, a Star Trek fan, too) and with “The Force Awakens” starting in a couple of weeks, I thought it would be fun to see how advertisers are using the Force to create fun and engaging ads. On the one hand, these are entertaining and, on the other, illustrate how some creative thinking and insight into your consumers can lead to unmissable ads.

Here are some of my favourite Star Wars ads:

HP’s “Reinvent Romance with R2-D2” is a fun, very geeky ad about a Star Wars fan who uses his HP Star Wars Special Edition Notebook to invite a girl out on a date with him to see the new movie:

Duracell’s “Battle for Christmas Morning” ad is enormously successful, and a cinematic combination of Star Wars special effects and a stereotypical home scene on Christmas morning in American suburbia. Duracell had an unfair advantage over other advertisers because it got to use costumes from the new movie and some help from Industrial Light and Magic to do the special effects.

Watch this one in HD; it will be worth it!

The Toys “R” Us “Like Father, Like Daughter“ ad is for all those Star Wars geek dads who desperately want their kids to share their passion for Star Wars. Thankfully, my kids are both Star Wars geeks already but I feel for this dad. I may have had something in my eye at the end.

Sharing the Force with Target

Target’s “Share the Force” ad is all about Star Wars nostalgia, and you can probably see your home movies in some of these apparent fan clips, highlighting those little moments with your kids in full Rebel or Jedi regalia. I’m not sure that the Target logo at the end is such a great idea, though. It looks a lot like a next-generation Death Star but I suppose the Dark Side has its fans, too.

Walmart awakens a new generation to the Force

Walmart’s “Star Wars: A New Generation Awakens” is possibly one of my favourite Star Wars-themed ads that I watched when I prepared for this column. It touches upon many discussions I’ve had with our kids over the years as they learned about Star Wars and the Force. The yoga scene is awesome; I can see my wife having that discussion with our daughter if she did yoga.

Star Wars is big business, for sure. Statistic Brain Research Institute’s “Star Wars Total Franchise Revenue” estimated the total franchise’s revenue to be around US$28bn and that was only up to October 2015. That value is sure to increase dramatically as the new movie approaches and families and fans (or fan families) around the world shop for Star Wars goodies for the holiday season.

Advertisers are clearly using the Force to boost consumer spend but, with ads such as these, they’re also entertaining us along the way. It is one of the ways that advertisers can create more engaging ads, perhaps even unmissable ads, that consumers will not only want to watch over and over again but also share with their friends.

Of course, I couldn’t end this post without an official Star Wars trailer (watch the Japanese trailer for more footage, too):

May the Force be with you this holiday season! 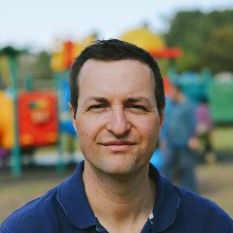