Letter from NY: Loeries or Lousy’s?

by Matthew Bull (@StixBull) Original thought. That’s really what the Loeries should be all about.  And yet, ironically, once again the same old arguments are being pulled out the archives about the integrity and purpose of the Loerie Awards.  I mean, some of them almost make me feel young again. 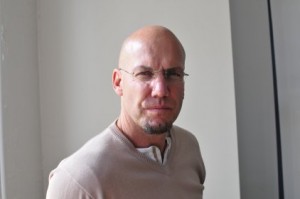 In my opinion, the only question that should be asked, raised and repeated is:  Does the Loerie Awards inspire originality in advertising?

To a lesser and greater degree over the years, it has done exactly that.

There are many reasons for the proliferation of South African creative talent in the advertising business worldwide.  Good looks and charm aside, most of us were, and still are, bought up in a highly competitive, unforgiving, unreasonable, but fun environment.  That was, and is, the South African advertising industry.  And that collective spirit is fueled by an event at which the fruits of our labour are celebrated in the hope of inspiring even better work to be celebrated next year.

What I have always loved about the Loeries is its single-mindedness.  This, any marketing genius will tell you, is the most effective and hardest thing to create in advertising.

It is the critical event in the broader South African advertising industry.  It is all-inclusive (except, it seems, for the odd journalist), and I placed huge importance on getting as many people of Lowe Bull to the event as we could muster so we could spend time celebrating or being motivated (another word for losing) together.  It builds a sense of community and purpose, both within companies and within the industry.   It helps keeps you up to date and alive in a rapidly transforming global industry.

The debate, such as it is, should not be about the relevance of the Loeries, or even what they stand for.  To me, that’s clear.  The debate should be about helping make it better than it was last year.  Every year.

Because that’s what creativity is all about – originality.

Zig when Cannes zags.  Make it about quality, not quantity.  There are too many categories and too many opportunities to win awards.  Ditch bronze, no-one values it.  Ditch craft gold etc and just make it craft.  Be Apple, not Samsung.

Have only one speaker per year.  But make it someone iconic that comes from a commercial creative industry.  Get any one of the following to talk about creativity for commercial success:  Jack Dorsey (twitter, Four Square), Sir Jonathan Ive, Danny Kaye (famous NY restauranteer), Blake Mycoskie –(Toms shoes), Marc Kent (Boekenhoutskloof wine maker), Jodie Picoult, Andy McNab (author that also just sold Mobcast to Tesco).  Or what about James Dyson – my hero.  Or Sir Alex Ferguson.  All the above are possible, not probable.  Like all great things.

And keep it tighter – literally.  It is suppose to build a community, not suburbs – which is what spreading it across Cape Town is doing.  It should be a gathering, not a convention.

Only joking.  We’d hate people to think they were at a Republican convention.

Finally, I’m somewhat matured now and only dance when George Michael plays, but some of the greatest nights of my life so far were had at the Loeries (which is why I’ll always love Sun City).  I’m sure many people feel the same way.

How many other events have the power to do that?

So What Have The Loeries Done For You Lately? by Justin Gomes
Charl Thom on the role of industry awards
Why “it’s only advertising” doesn’t cut it by Herman Manson
MarkLives refused media accreditation to The Loerie Award shows (again)
The Value Of Creativity by Charl Thom
The Creative Circle needs to manage relevance, says Chris Gotz
Ad award success no longer sole arbiter of agency and industry respect by Herman Manson
The waning influence of ad award shows by Herman Manson
Finding Cape Town’s Design Voice by Herman Manson

One Response to “Letter from NY: Loeries or Lousy’s?”