by Herman Manson (@marklives) Wayne Naidoo has resigned as Group CEO of Lowe + Partners SA. Naidoo has been with the agency for close to fifteen years and helped oversee its rebranding from Lowe Bull to Lowe + Partners SA earlier this year. No firm date has been said for his departure but Naidoo says it will be 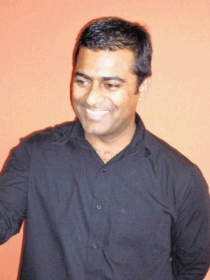 sooner rather than later.

Naidoo is taking up the position of Chief Marketing Officer for a newly formed financial services company that will be rolling out in various African markets. He will be involved in developing and rolling out the brand as well as building country marketing teams. He will be based in Cape Town.

Naidoo says he was not looking to leave Lowe but that the opportunity presented itself in the last 30 days and was too good to pass up.

Naidoo is especially excited about working in African markets outside South Africa again. Naidoo says financial services and sectors like telecoms, retail, mining and oil are investing heavily across the continent with a lot happening quickly and he would love to be part of it.

Peter Badenhorst, Executive Creative Director, and MD Sarah Dexter will continue to run Johannesburg while Cape Town remains in the hands of Aiden Connolly. Initiative Media will continue to be managed by Marc Taback. COO Rod Wilson will report into international structures. Naidoo says no immediate replacement will be made to fill the Group CEO position.

Naidoo will also confirm to colleagues at the ACA (Association for Communication and Advertising) of his intention to resign from its board, where he serves as Chair, at a meeting on Wednesday. While he can no longer sit on the ACA board he says he will remain available to consult to the industry when appropriate – “I’m not disappearing from the scene,” says Naidoo.