by Herman Manson (@marklives) Quirk Education and advertising school Red & Yellow have announced they are merging in a move which could have a significant long term impact on the skill sets and quality of trainees entering the advertising industry.

It matches a digital centric, distance-based e-learning outfit focussed on short courses with Red & Yellow’s more traditional curriculum, full time and lecture based approach. It could potentially transform operations at both organisations to the benefit of the advertising industry which faces an increasingly fast paced shift in spend to digital platforms. Digital is at the same time emerging from its silo to integrate into the broader 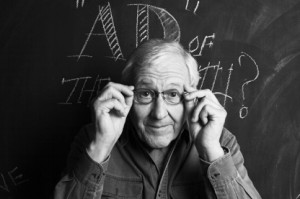 The school was founded 20 years ago by Brian Searle-Tripp and Bob Rightford. It offers Graphic Design & Art Direction, Copywriting and Marketing and Communications courses.

Rob Stokes, Founder and Group CEO of Quirk, is widely known for his commitment to education, and launched his own highly successful business on the back of his thesis on email marketing in 1999. He has been a guest lecturer at Red & Yellow ever since. Quirk Education publishes the highly ranked textbook ‘eMarketing: the essential guide to digital marketing,’ which appears on 400 reading lists worldwide, and offers a range of digital marketing courses.

Cooney describes the merger as a succession plan for Red & Yellow. The school’s shareholders are still the original founders. Red & Yellow serves around a 150 students in any given year made up of first, second and third years. It turns around R7 million in revenue.

Cooney sees potential for the school expanding its offering to part time and e-learning based courses which would solve a geographic problem in the school not having a presence in Johannesburg at the moment. Digital skill sets will be integrated into its full time courses by the start of next year. Council on Higher Education (HEQC) accreditation will be lifted to level 7 as well. The two year copy writing course will probably be phased out to be replaced with either a one year post grad or three year post school course.

In the short term Cooney sees several benefits emerging from the merger, not least access to Quirk’s educational resources for students, which could see students on the fulltime courses benefitting from and being rewarded with the online courses already on offer.

James McKay, Managing Director at Quirk Cape Town, says the Quirk Education and Red & Yellow brands will remain separate. Quirk Education is now represented on board level at Red & Yellow and is assisting with long term business planning at the school as well as in up skilling and designing the school’s future curriculum.

McKay says the changes underway at Red & Yellow will ensure its future relevance and success in the market. Quirk Education is being positioned to become a large scale distance learning platform focussed on digital marketing with a focus on education across Africa. McKay can see this scaling to all aspects of marketing (creating more opportunity for Red & Yellow) filtered through a digital lens.

McKay writes in a blog post that the “merger between Quirk’s educational arm and Red & Yellow has provided a perfect union of strategy, creativity and technology.”

For the moment Red & Yellow will become more digitally adept while the staff and management at Quirk Education will be drawn out of the digital world to engage directly with marketing and marketing education on a much broader field.

Making ongoing marketing education (beyond digital skill sets) accessible through e-learning platforms could well transform how ad agencies structure themselves internally. Linking promotions or pay hikes to staff acquiring new and diverse skill sets would create a welcome opportunity for ad agencies to catch up with what is already happening in the marketing departments of their major clients, empower staff and shine the light on new talent in a way which is relevant to the market. It would also enable a matching of experience with new skills as those at mid and senior level career junctions update their skills.

Fusing the traditional and the modern and the reputations of R&Y and Quirk Education (spread to what for many remains opposite ends of the marketing spectrum) could finally create an educational resource that truly speaks the language of modern marketing. It creates an opportunity to fully combine the two ‘parts’ of the marketing and communication industry, still known by the increasingly irrelevant labels of ‘traditional’ and ‘digital,’ into something whole and relevant.

One Response to “Red, Blue & Yellow — how Quirk Education and Red & Yellow could shake up advertising education”