Will HTC slay the market-share monster? 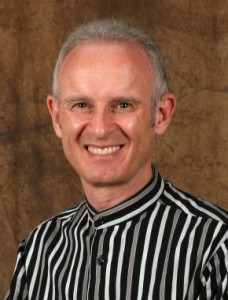 The company responsible for the computer chips that drive many of today’s smartphones, Qualcomm, has been churning out just such gimmicks to demonstrate the power and capacity of its smartphone and tablet computer processor, called Snapdragon. While the chip is its core business, its most visible output is a series of cutting edge computer games.

For example, a technology called AllJoyn allows phone users in the same room to play a game where they transfer virtual items from one phone to another with a flick of the wrist. James Munn, vice president of business development in Sub-Sahara Africa for Qualcomm, demonstrates it with a game in which an object is flicked from phone to phone.

His brochure explains that it “enables ad hoc, proximity‐based, device‐to‐device communication without the use of an intermediary server”.

Munn puts it more simply: “Consumers are driving demand in the smartphone industry, so Qualcomm has to focus on the user experience.”

To ensure this kind of technology works simply and seamlessly on a phone, Qualcomm pushes its Snapdragon processor to the limits on the latest phones on the market. 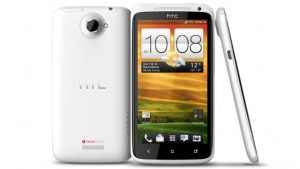 Enter another global brand that is not quite a household name in South Africa: HTC. Currently the number five smartphone brand and number 10 overall cellphone brand in the world, it has less than 1% market share in South Africa, and is slipping globally. It hopes to change that with a new range of phones powered by the Snapdragon processor.

The One range is designed to unify the HTC brand, with a single top-end (One X), single mid-level (One S) and single lower-end phone (One V). All provide a high-end experience, using the new Android 4.0 operating system. The top-of-the-range One X, with a 4,7” screen and Beats Audio sound, was launched in South Africa this month. It is already available from MTN, and will be available through Vodacom in June.

When HTC vice president of sales and operations for Europe, Middle East and Africa Jon French demonstrated the phone to South African media last week, he used the same application that Qualcomm used a few days earlier to demonstrate Snapdragon.

French showed how anything from e-mail to video on the phone could be viewed and managed on a big screen. While playing a high-definition video from the phone to the big screen, he was able to continue sorting out his e-mail on the phone, using a dual-screen function.

Over at the Qualcomm offices, Munn’s colleague Dominique Friedl, Business Development Director for South Africa, went a step further. He fired up a game called Desert Winds, developed by Qualcomm to show off the Snapdragon chip.

“This game will really stress the processor,” he said as he used the HTC One X as a controller to battle a monster on the big LCD TV screen. He eventually slayed the monster but, more impressively, showed how there was no lag between the phone and its WiFi-linked big-screen extension.

At both demonstrations, it was hard to put the One down during a try-out of its capabilities. HTC hopes it has the same effect on customers in stores – and when trying their friends’ phones. Only if that happens will HTC slay the market-share monster and secure a big new future for itself.

One Response to “Will HTC slay the market-share monster?”