Bletchley Park wants to win the war by being real

by Herman Manson (@marklives)  Spending most of your time with problems makes you need to change your perspective on them, says Kelly Putter, Creative Director at Bletchley Park. To viewing problems as beautiful. It stops the leap to a quick ‘creative solution’ if you don’t mind problems much – and it takes you beyond being good at solving briefs (and lets face it most agencies are), Kelly says, to being good at solving problems (and lets face it – many agencies aren’t). 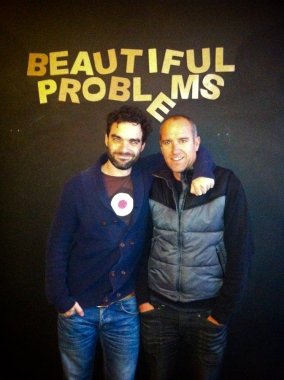 Communication with its many touch points has become an integral part of business, and is increasingly viewed as a key strategic business tool , rather than a play ground for creative egos. The agency has given itself the task of solving problems beyond the obvious layer of advertising communication – of coming up with tools that solve business problems.

This approach is not unique to Bletchley Park, but that is because it’s a route smart folk, and that includes smart creative folk, know is the key to a sustainable industry that is superseding advertising and communication as we once thought of it (making ads and winning awards).

For Jonty Fisher, Managing Director of Bletchley Park, the quest to get real about how his industry and business has changed, went so far as to rename the agency, which had been trading as Traffic for the previous eleven years because, he says, he needed the change to be tangible for his staff and stakeholders to really drive home the radical newness of it all.

The agency is now a business partner to clients, not a supplier focussed on creativity, says Fisher.

Fisher postponed the renaming for nine months while Traffic took down barriers between service divisions internally and reorientated the business. Only when he felt the business had shifted in a real and fundamental way did he and his partners proceed with the name change ensuring that  the name change wasn’t really the change at all.

Today all campaigns are measured internally by viewing them against CPS – Creative, Practical and Strategy implementation.  All three elements should be on equal footing for the team to consider it a success.

“A lot of beautiful work gets done but it might not be the right work for the problem that is being addressed,” says Fisher. “This represents a major disconnect (with reality) in the advertising industry.” 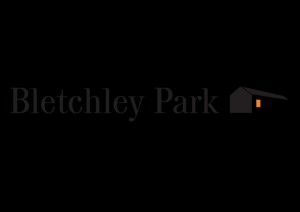 a larger segment of client people which could shed light on the effectiveness of the solutions Bletchley offers – like the finance department (I bet you also felt that shudder running down your back).

Kelly says the new internal structure brings together people from different creative backgrounds. The agency wants unique minds working on different ways to solve problems and aims to deliver strategic insights that are also an effective platform for creative’s to work from.

The agency encourages a down to earth culture that aims to bring ‘real’ back into the agency environment. It’s something that is gaining traction with clients that  includes Jack Daniels, Famous Grouse and Hennessy for The Really Great Brand Company, Ceres Fruit Juices (BTL and digital business) and footwear manufacturer the Jordan Group (Bronx, Anton Fabi and others).

For Jordan it recently delivered the much publicised Bronx ‘World’s Manliest Billboard’ campaign. It featured a face on a billboard in Cape Town from which grew a beard which kept on growing for every Facebook ‘Like’ it received. The campaign generated 1135 tweets and an additional 3893 Likes on the Bronx Facebook page. The agency was originally tasked with creating a project that would generate media coverage and engage consumers and so ‘put the brand name out there again’.

The team 0f 30 are responsible for revenue of around R25 million. The agency also recently landed the Citadel account.