by Herman Manson (@marklives) Jerome Touze just spent five months waiting for his South African work visa. The French co-founder of London headquartered Wayn.com, the social travel and lifestyle community, is setting up an office in Cape Town from where the company can service one of its biggest clients, South African Tourism.

The community was founded by Touze and Peter Ward in 2002 after a backpacking adventure around the world. They would later be joined later by a third partner, Mike Lines, today the company CTO. The idea was to allow friends met on travels to reunite or to make new friends in destination countries before you even buy your tickets.

Where Are You Now?, or WAYN for short, ran as a hobby and after hours job for the trio for its first three years of existence. By 2005 social 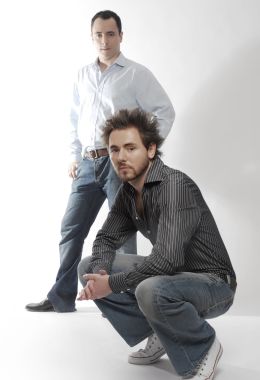 platforms were starting to make waves with services like MySpace and Facebook capturing popular and media attention.

But WAYN itself was growing slowly – it had only 2000 members – and the co-founders had to find a way to catch the wave or pull the plug. An investor, Steve Pankhurst , the founder of ‘Friends Reunited’, had put up 10 000 pounds which Touze and his friends spent primarily on IT infrastructure. The slow growth in user numbers meant no more cash were coming their way.

So swiping their credit cards they purchased 500 Pounds worth of Google Adwords and within a week managed to add another 1000 users to their database. Doing the math they figured they now had a strategy to drive user growth – Pankhurst put up another 15 000, all spent on Google Adwords, and four months later the user base had surged to 45 000. This was great except they soon ran out of money (again) to push into Adwords.

A rethink and revamp allowed its user base to synchronise their account with their address books – something that helped user figures surge again. By September 2005 WAYN had signed its 1 millionth user. It introduced a payment mechanism so members could pay for certain services. Touze felt confident enough to take a six month sabbatical from his day job at Accenture to see if the trio could make WAYN fly.

It seems they could – WAYN raised $11 million in late 2006 in its first round of formal fundraising – exchanging the cash for less than 20% of the business. Touze, 25 at the time, says some of the money went back into the business, but the entrepreneurs behind WAYN felt they needed to take some money out as well, which would allow them to be braver in their business decisions, and cushion against the economic uncertainty which was to follow.

The Great Recession kicked them where it hurts, Touze admits, and the business shifted to a freemium model, and became more ad friendly.

Today the site serves over 19 million members in 193 countries. Of these around 130 000 are South Africans. WAYN averages 7-8 million unique monthly users and serves around 200 million page views a month. The business employs 45 people.

Only about $5 million has gone into building the business and its 19 million user base since its inception says Touze –  its been bootstrapping all the way to the impressive set of figures above.

Touze describes the user site as mass market orientated with members travelling on average two or three times a year.

Tourism agencies are realising the value of the network as it’s able to map travel intentions and know what visitors would like to see and do once they get reach their destination. The site collects between 60 and 70 thousand points of interest from members every day.

SA Tourism is one of its biggest clients and Touze says cost effective targeting by the body has lured many site members to investigate South Africa as a tourism destination. Other tourism boards have also clambered on board and WAYN has seen its revenue rocket from R20 million a year ago to R45 million today. It is already profitable and on track to doubling revenue once again.

The site is still working on country level engagement with members – but the potential is vast – just think of the potential to drill down to regional or city marketing.

Emerging markets is a key focus area for WAYN both for its revenue potential and because user conversion from member invitations are so high (in the developed economies people don’t really want to engage even more more social networks notes Touze). Touze says WAYN will be opening client service offices in India and New York soon. Another round of financing is also in the works.

The site does have a bit of a dating feel to it – it’s certainly one aspect of travelling – the holiday fling, and I put it to Touze that on WAYN it feels like the primary motivation for joining. On the initial login guys will see only profiles by women and vice versa which does make things feel overtly sexual. My own profile garnered a number of  fans offering, ahem, photos if I sent them an email address. Not all of us are single…

Touze says the current setup has helped drive user engagement (i.e. lots of people ‘linking’ other user photos). But the site, tasting commercial success, will be adding a layer of mainstream respectability on it landing pages soon. Holiday romance isn’t dead – just a little more subtle. The site will be better for it.

Touze says a recent survey undertaken by SA Tourism on WAYN generated 184 000 responses on perceptions of South Africa as a tourist destination in a single month. Another competition offering a trip to SA delivered 25 000 entries in the first round.

Touze himself has African roots – while he was born in France he grew up in the Côte d’Ivoire, also spending time in the UK. South Africa will be his base for its convenience in managing the relationship with its biggest client, while it is also operates in a time zone conveniently similar to that of London.

Touze says the business will be investing in upgrading its mobile presence, site localisation and language options beyond English. Touze is proud that while many social communities have fallen away before the scale of Facebook WAYN still stands strong as a niched community of interest.

In the black and in the process of launching more travel related products WAYN is benefitting from being off the beaten generalist social media path. It’s kept it from being trampled while allowing it time to build up and own a lucrative niche.

Stay in the know – subscribe to our weekly mailer! –